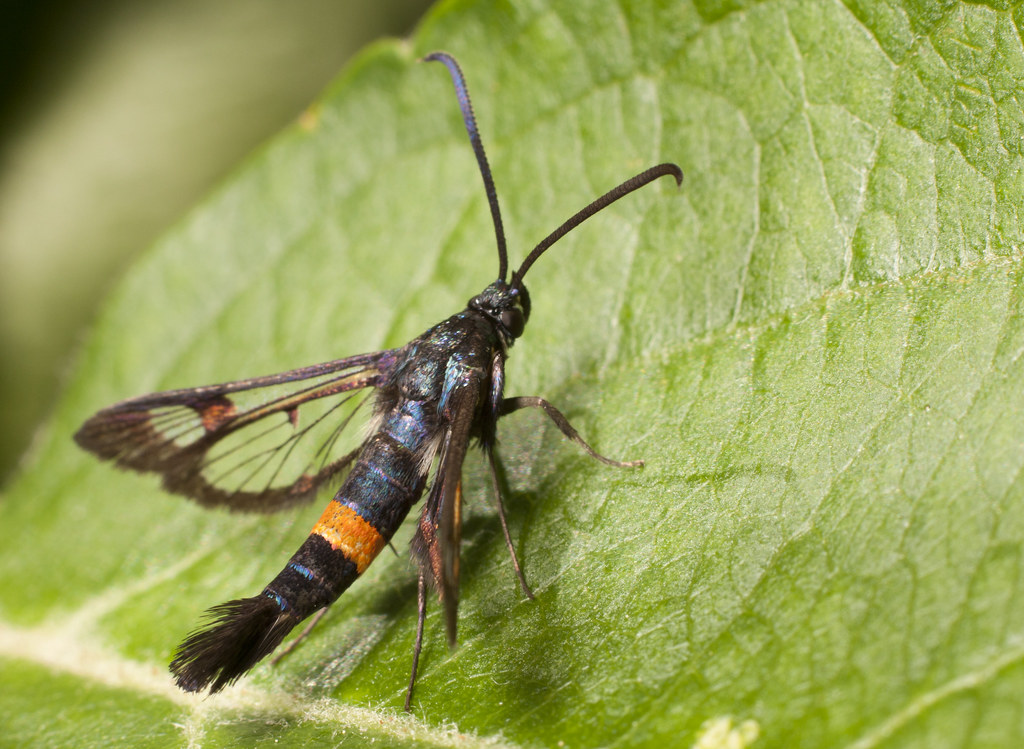 So far on Cheapskate Tuesday I have desscribed two different ways of getting close to a subject, with macro diopters, and the use of extension tubes and cheap 50 mm lenses. I have also covered flash diffusion and radio triggers. There is one element missing for a cheapskate macro rig, and that is some kind of bracket to mount the diffused flash to the camera. This is necessary  because although it is sometime practical to hold a speedlight in one hand while shooting, it is often nice to be able to hold and fire everything with one hand free to hold back vegetation, or steady the subject.

Below is one easy option to accomplish this.

On the left is a simple aluminum flash bracket (or a piece of one anyway). They can be found on ebay, if you search for “flat flash bracket”. They may run anywhere between 3 and 10 dollars. A better option would be to visit a used camera store, as they probably have oodles of these sitting in a dusty box somewhere.   The second item is an 11″ variable friction arm, also available via ebay. This device allows you to connect any two objects that both have a female 1/4″ thread. The arm allows you to flex the central joint along one axis, and a great range of movement on the ends via a ball and socket type linkage. When the main knob is tightened, the whole assembly locks rigid.  These two inexpensive items can be put together using a 1/4″ nut, some washers and a lock washer.

The arm can be used to cantilever the flash (with triggers or ttl cable, and diffused!) out over or beside the subject.

The flash can be oriented to either side, or the entire assembly can be rotated so the friction arm is to the left or right.

The bracket can be used as a standard flash bracket as well, and can bring the flash nicely off-axis for paparazzo-style shooting with wider lenses.

See below some examples where I have used this type of bracket. I have found it is a simple, cheap and lightweight general purpose bracket for many shooting situations. . 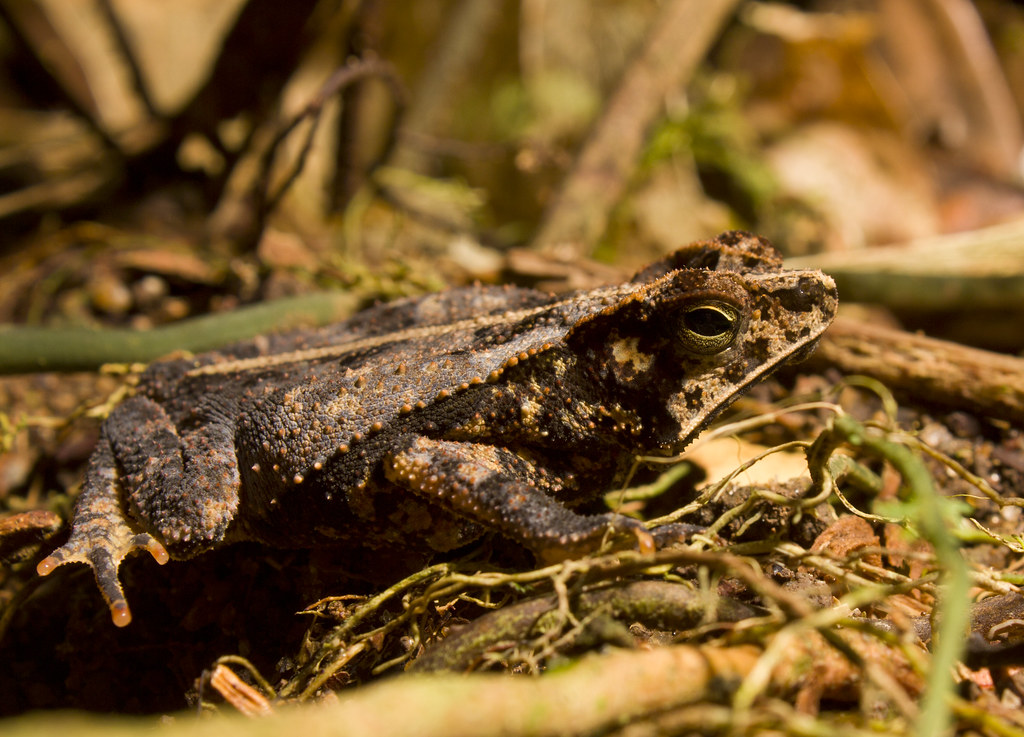 This French Guianan toad was illuminated from above using the friction-arm mounted flash. 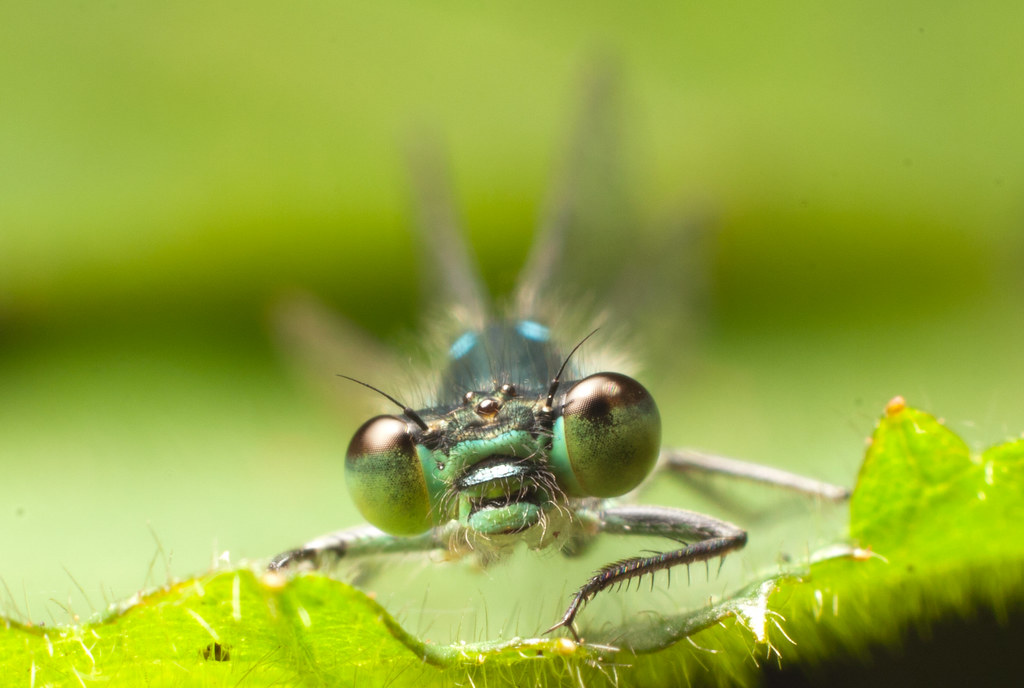 This setup works especially well working very close, as in this portrait of a damselfly. 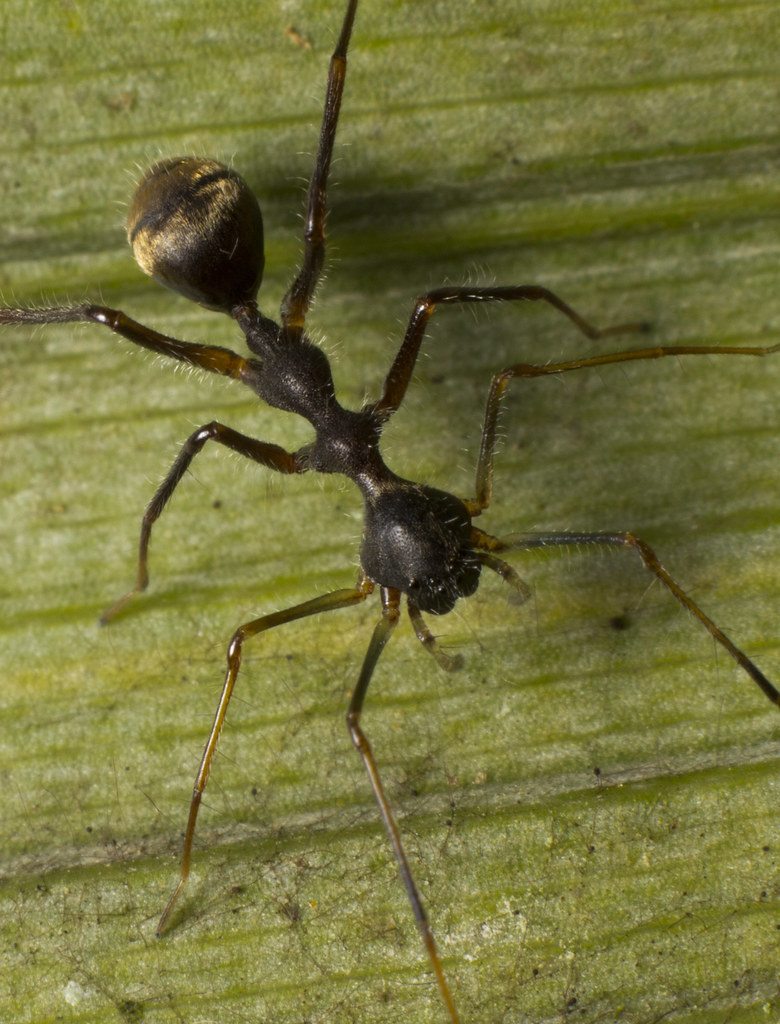 This ant-mimicking spider was also amenable to use of this bracket. Because the subject is illuminated from such a close source, falloff is a problem. In an upcoming Cheapskate Tuesday, I will share how I get around this problem.