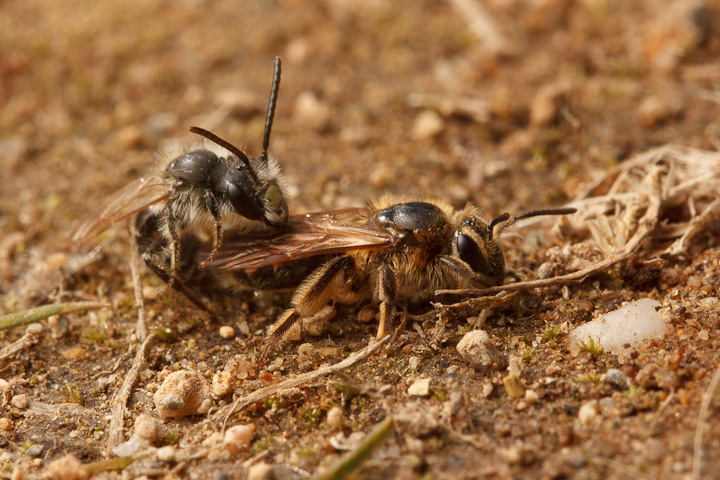 I was delighted to discover that right across our street is a thriving metropolis of solitary bees (my guess is  EDIT: my guess was wrong! Thanks Erin! These are likely from the family Andrenidae). I was out taking some shots of these insects, when an elderly woman (from Italy I think) paused to look at what I was doing. I often get looks when photographing in public, so I explained how happy I was to see these bees right next to a community garden, and how cool it was to watch them work. She replied: “Too many bugs! Have to put down cement!”, and walked off. 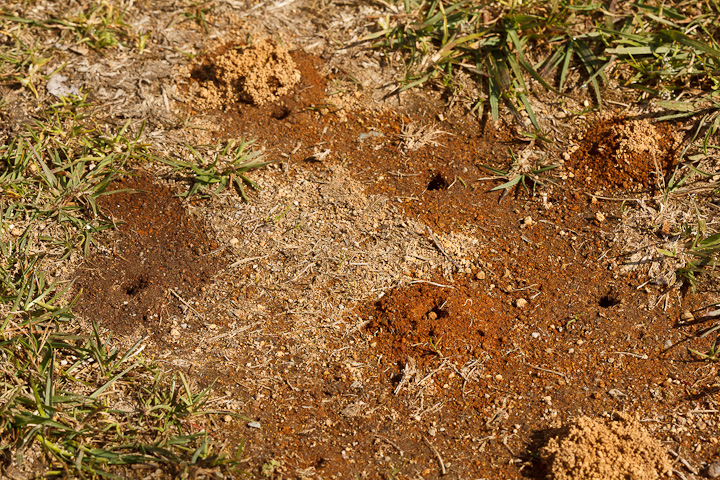 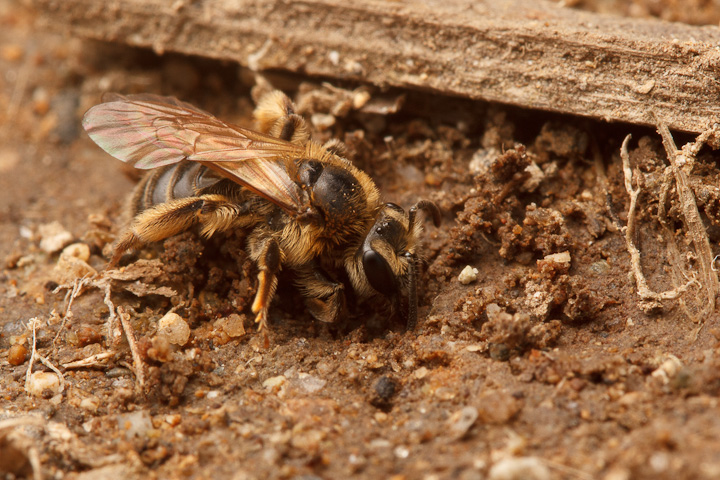 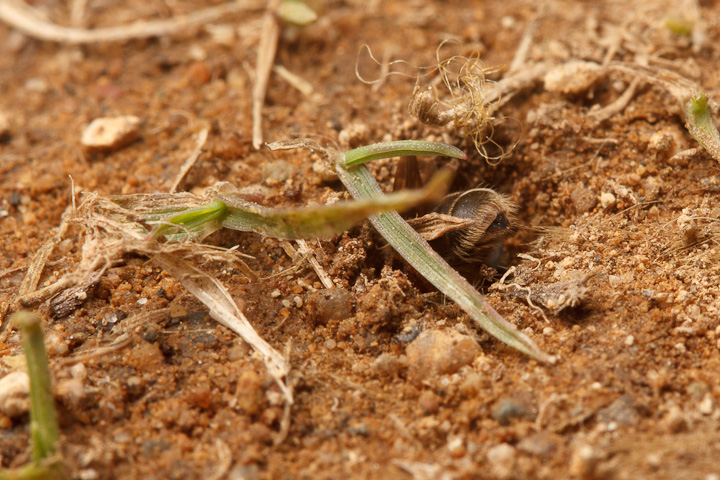 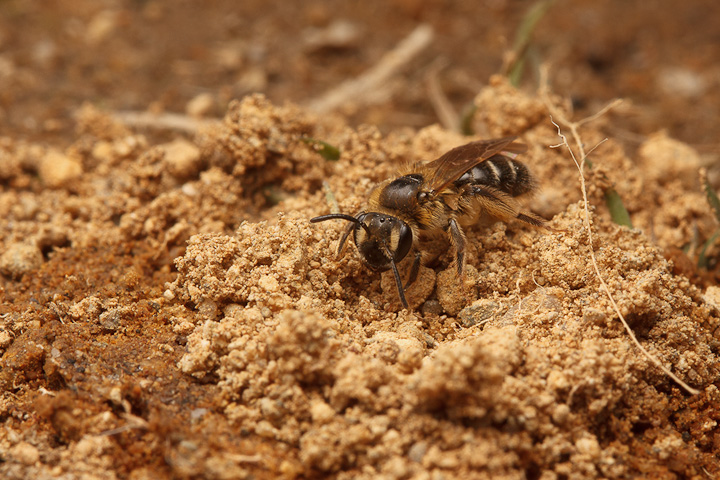 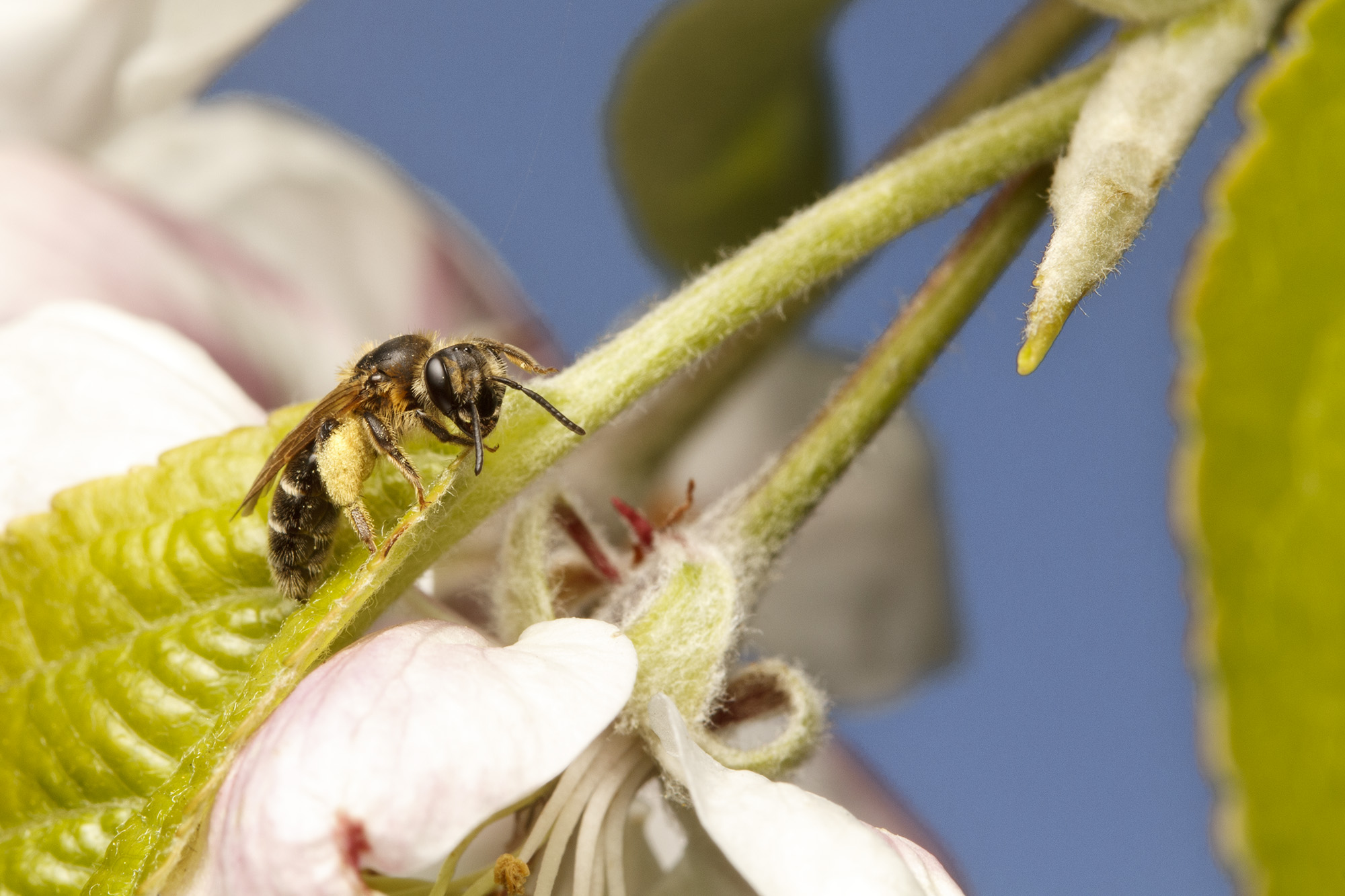 I am sure the owners of this apple tree do not mind the bees! 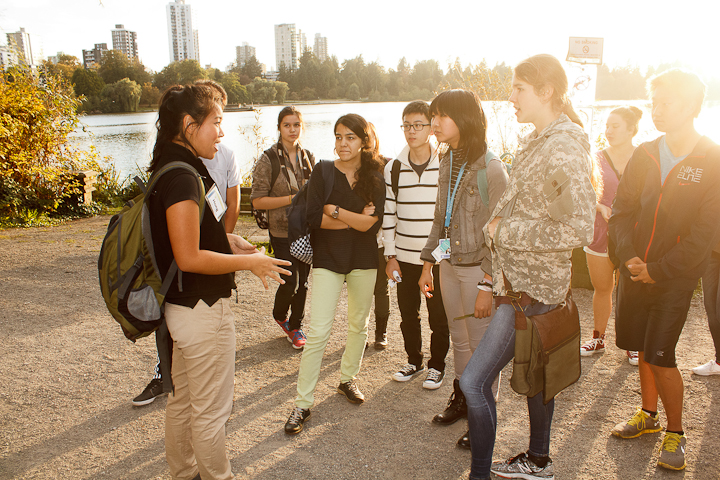 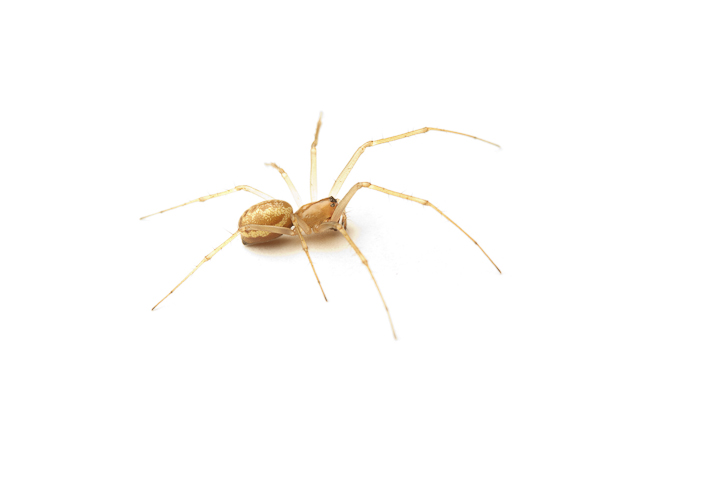 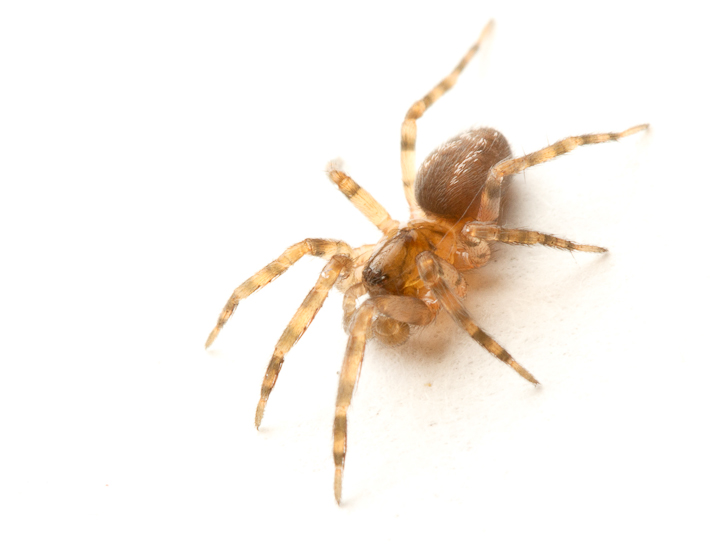 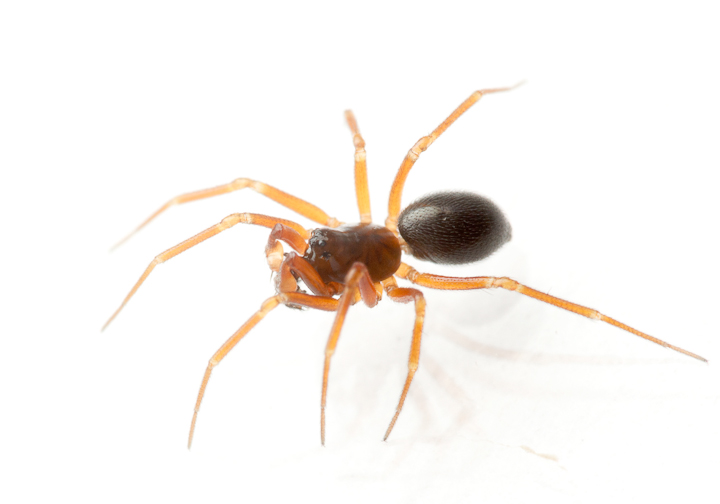 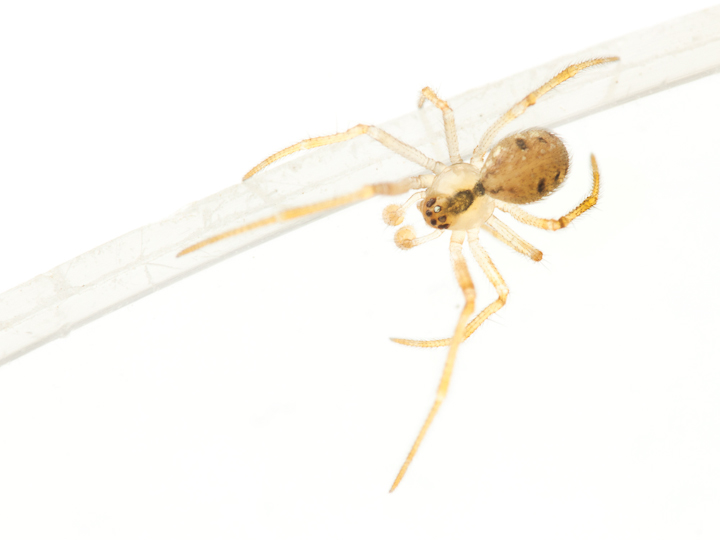 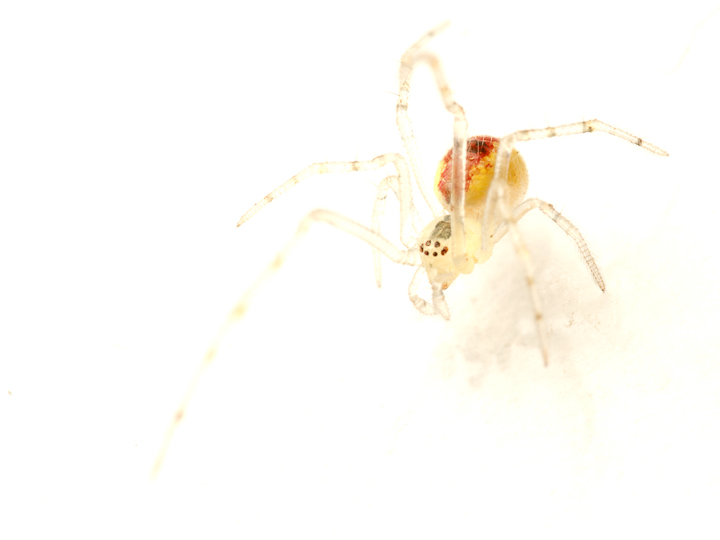 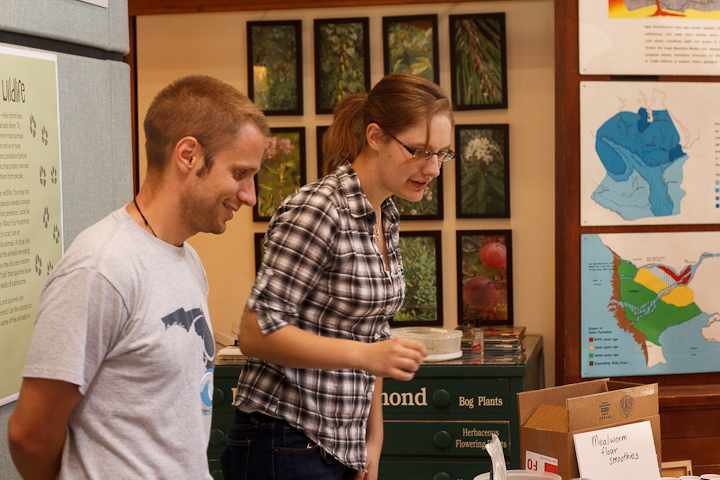 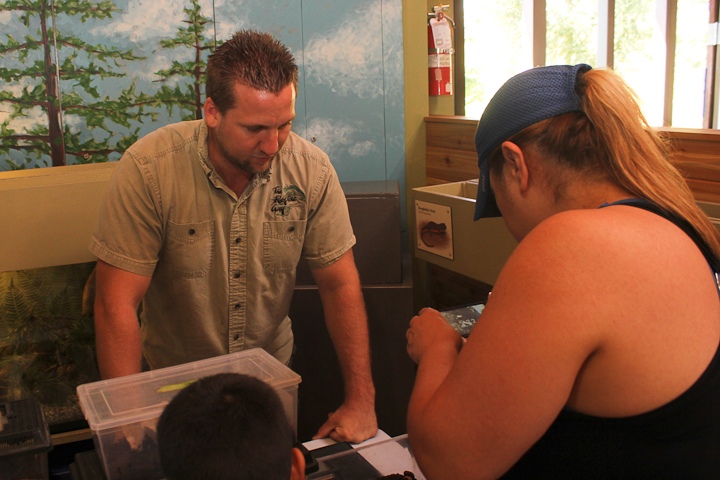 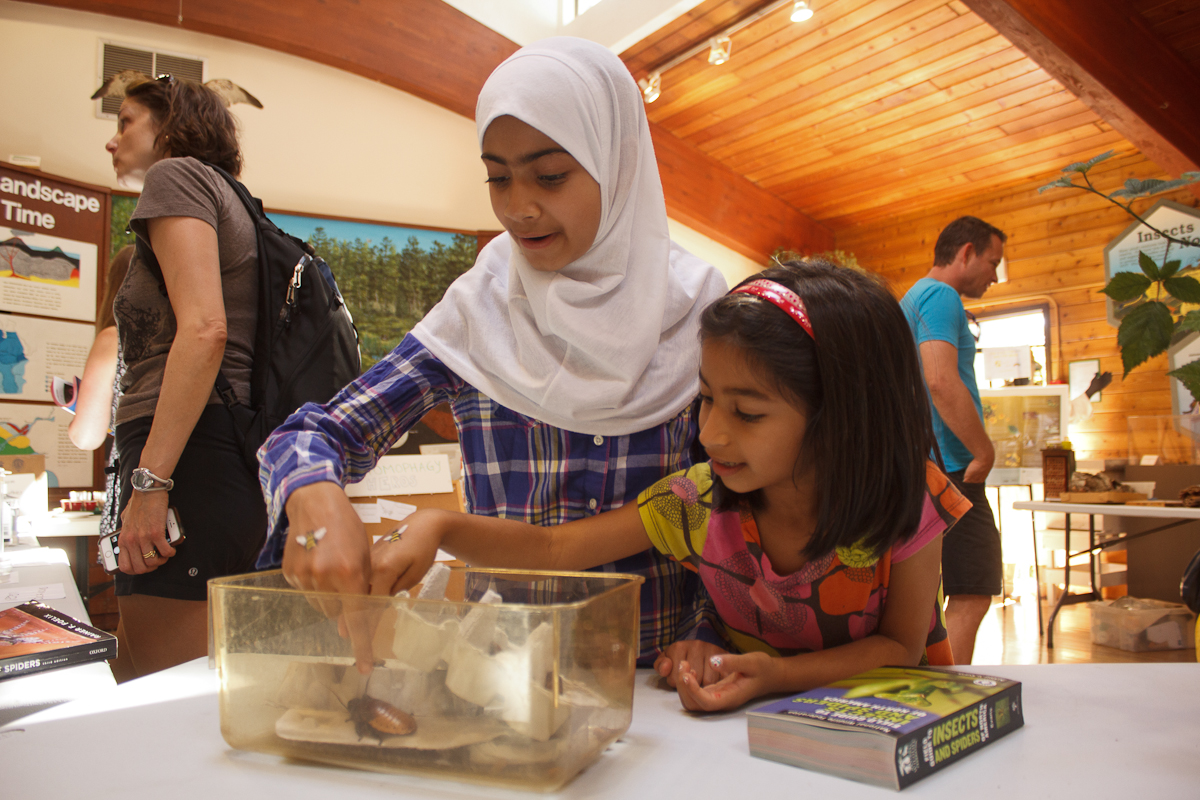 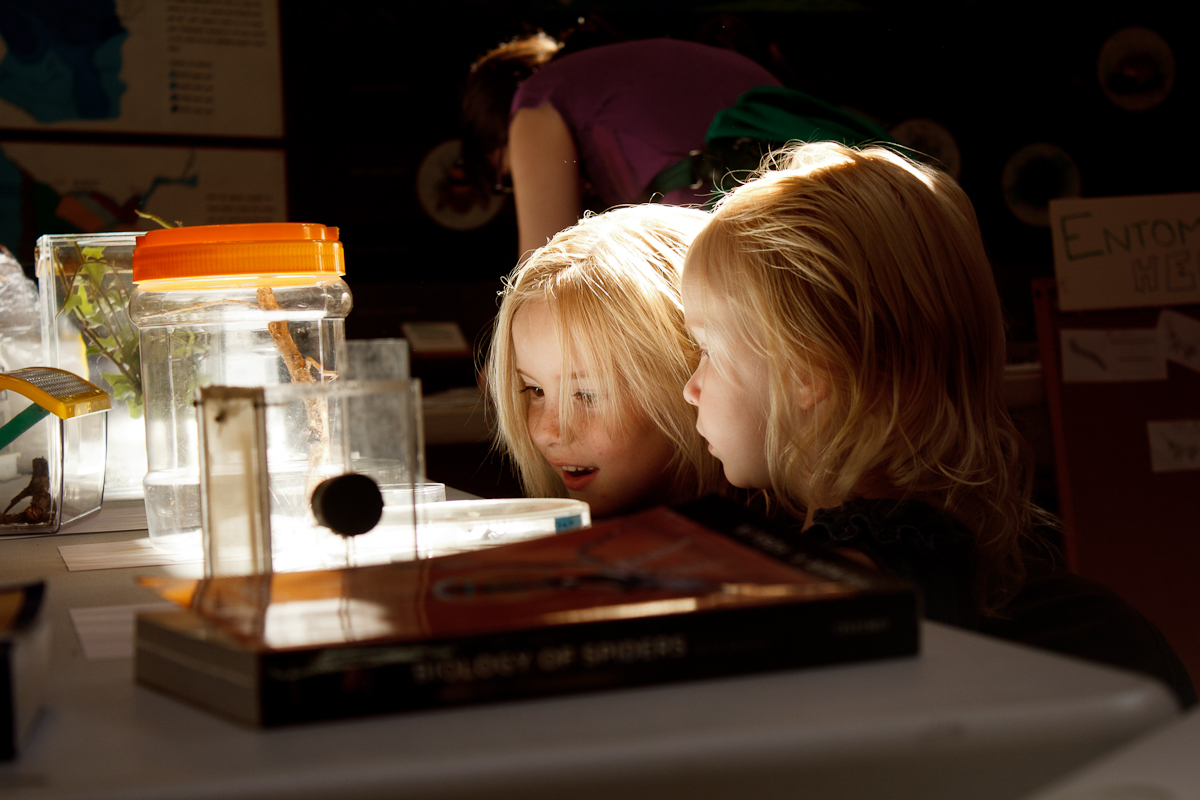 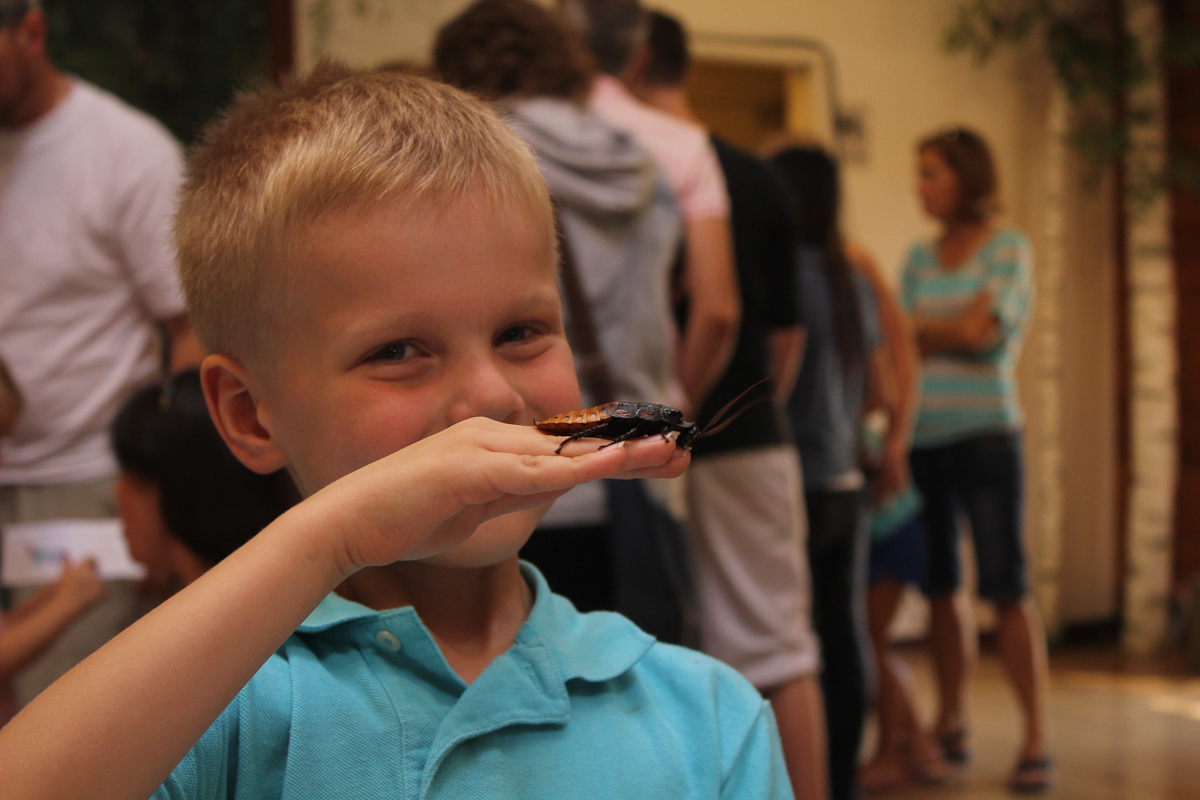 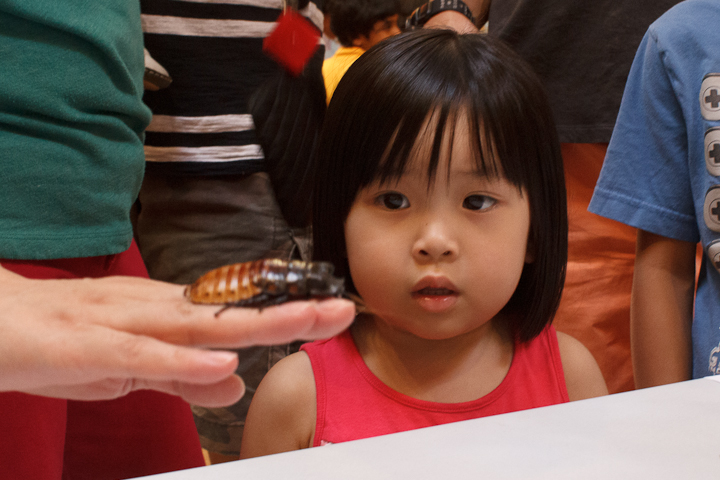 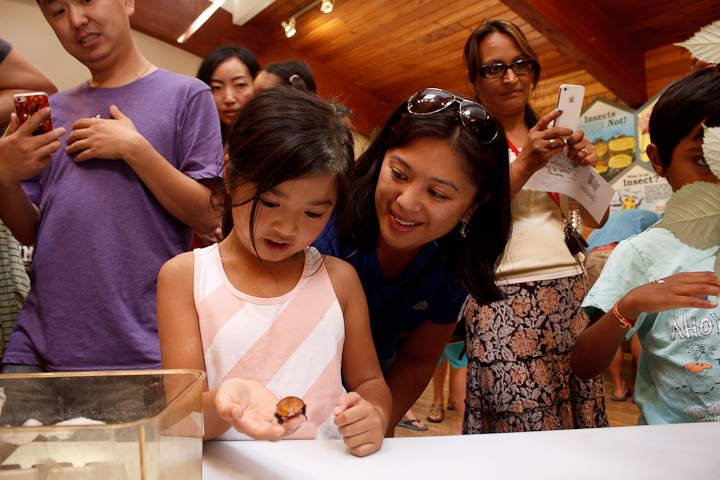