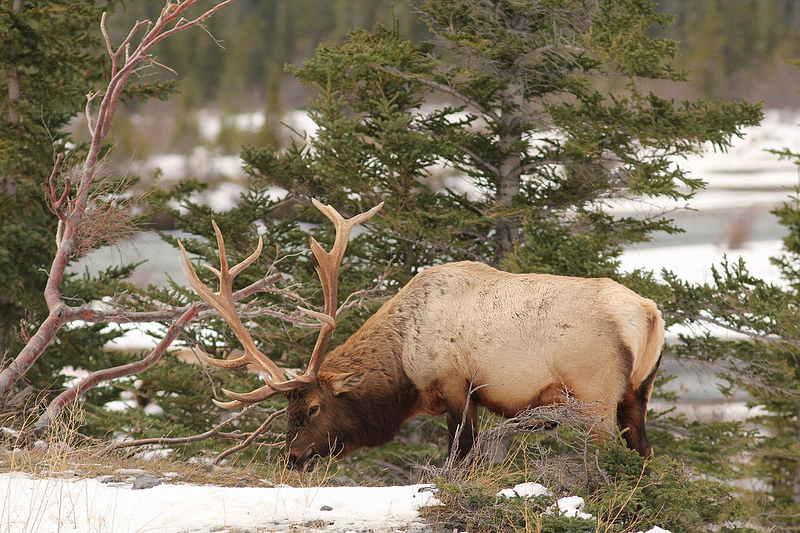 5 thoughts on “A group of Golden Eagles hunting elk?”