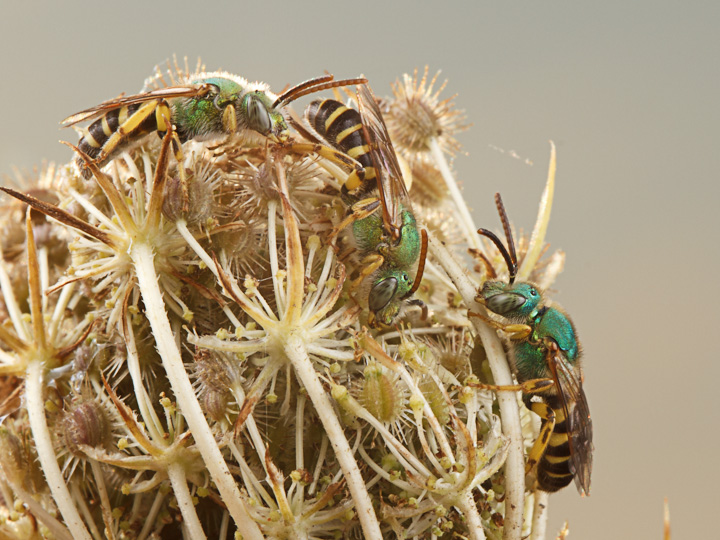 OK, where we last left off, I was at Humber Bay on Saturday morning, looking for some sleeping hymenopterans. Other than the Polistes, I was not having much luck, but after the dawn light had past, I wandered a bit inland from the shore, and found this: 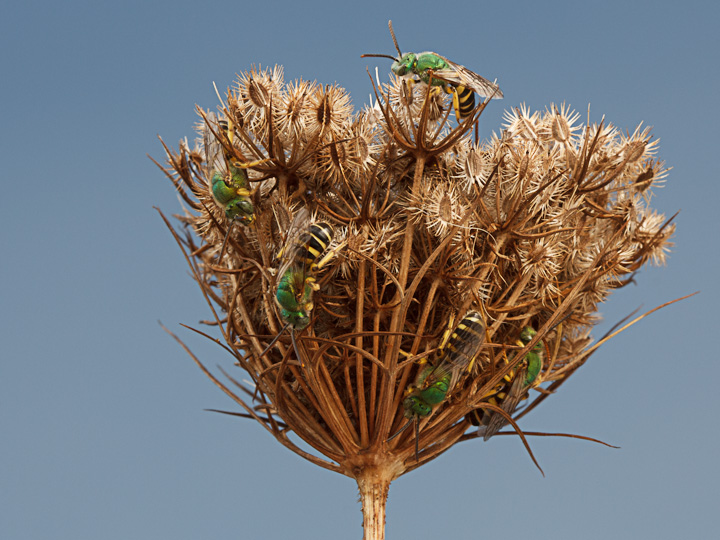 Yep! Your eyes are not deceiving you! That is a cluster of sleeping male Agapostemon virescens, one of the most beautiful solitary bees. I have a soft spot for shiny insects, and these bright little jewels fit the bill. 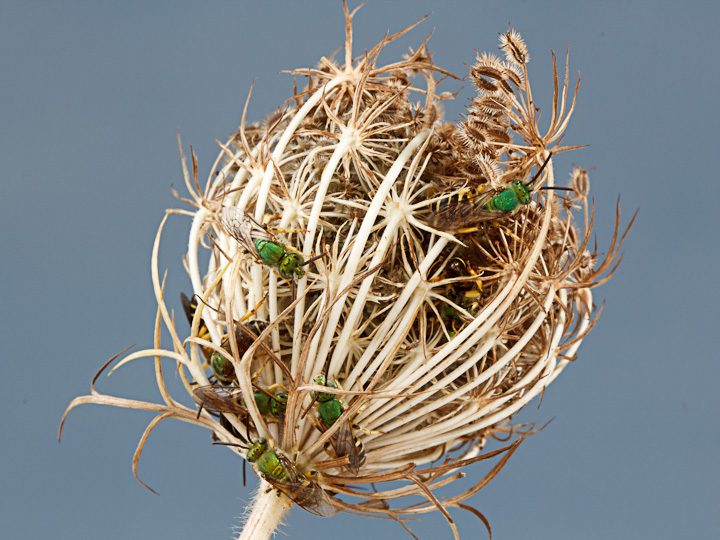 On Saturday, I found at least 4 such clusters, each on a mature Queen Anne’s Lace (Daucus carota), and the largest cluster having about 40 bees within. 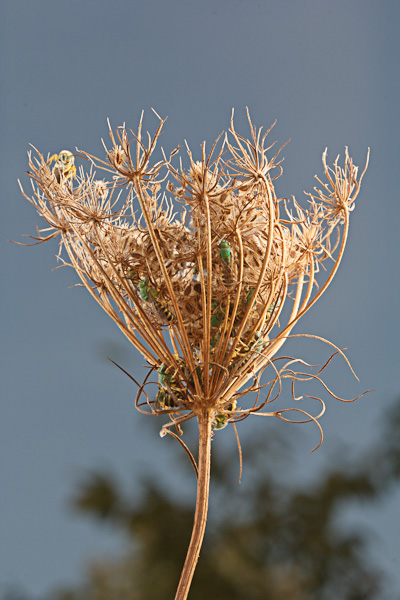 I tried many different types of shots, with the 35 and the 100 mm, but it was somewhat frustrating as it was windy, the sky was uniform blue, and the bees were waking up. 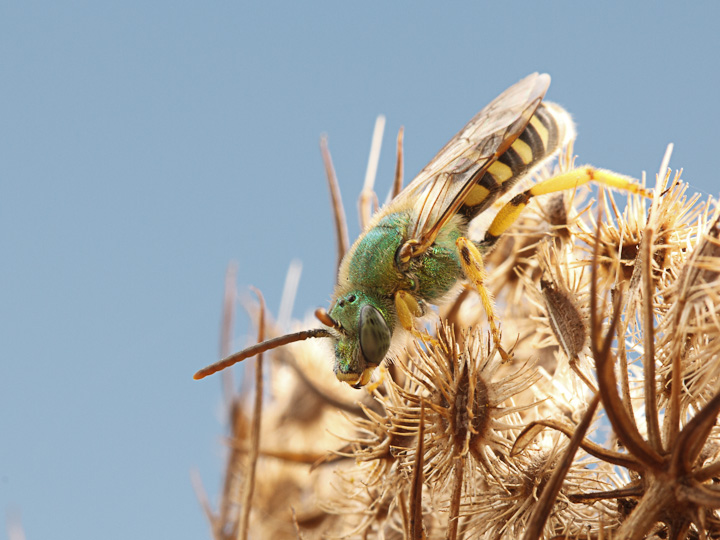 I knew I would have to come again at dawn to catch these against the dawn sky…. 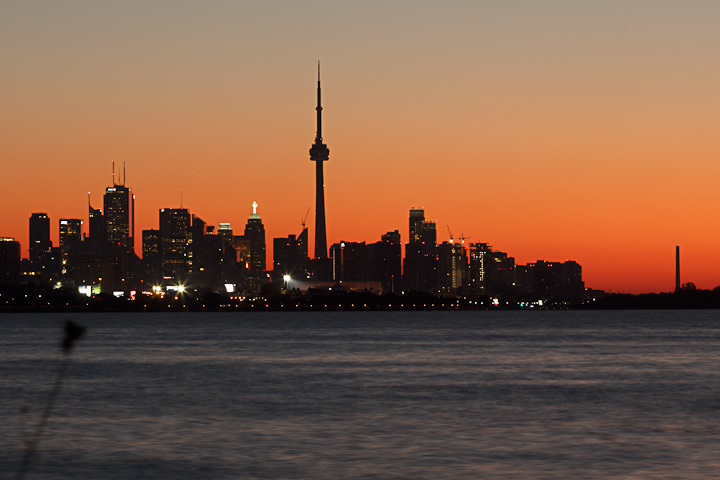 On Sunday I returned, this time knowing what to look for. 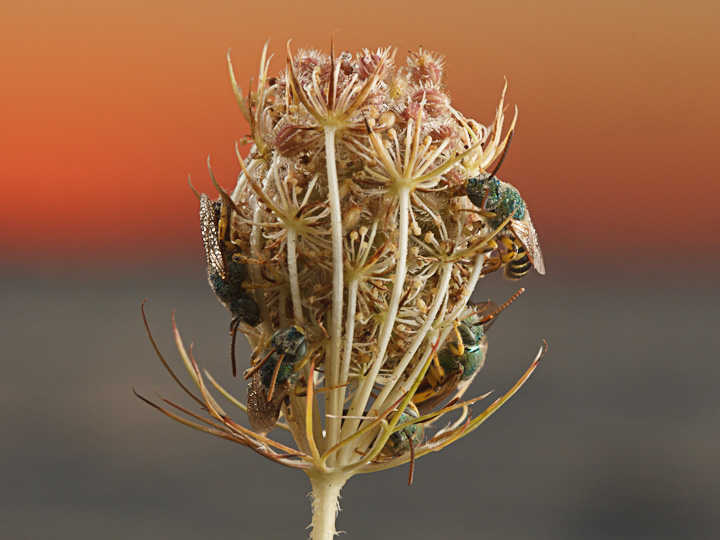 I photographed a couple of clusters, changing angle and lighting to change the mood. 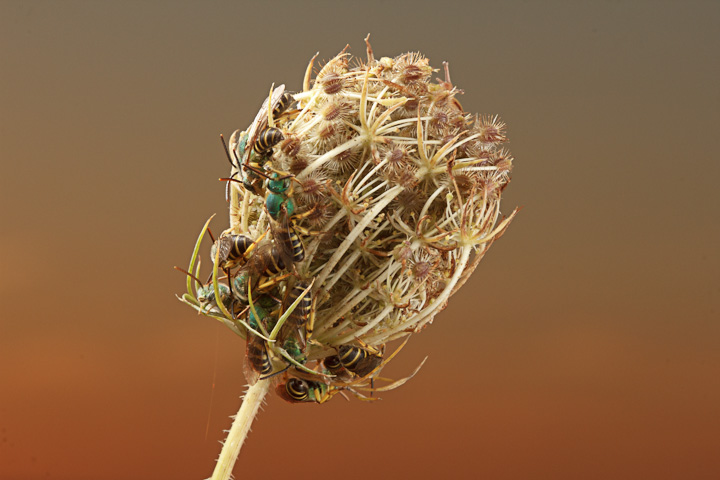 On this one, note the snail appearing over the top edge…It seems to be in many of the subsequent frames. 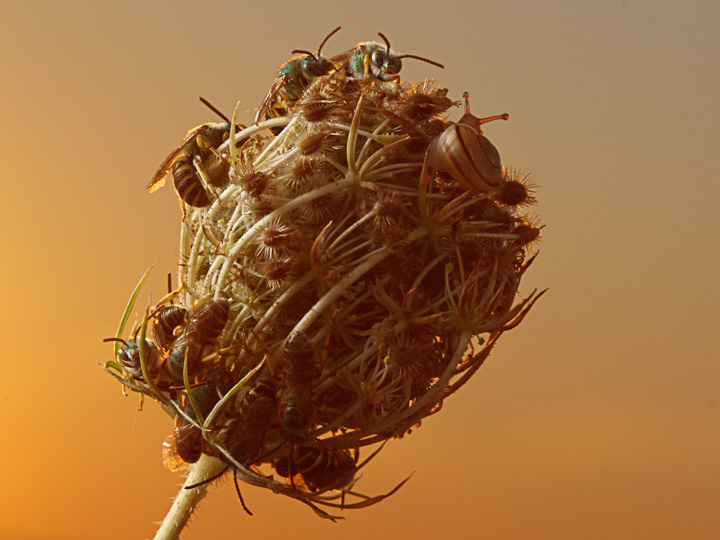 Here is one with a diffused light from the left only. 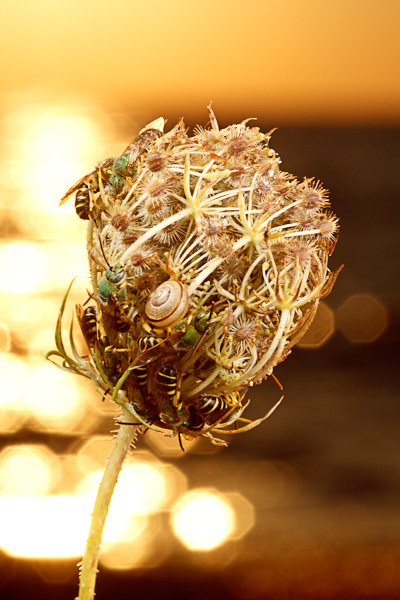 And with the reflected sun from the water. The Canon 100 mm (non-L) doesn’t do highlights nicely! 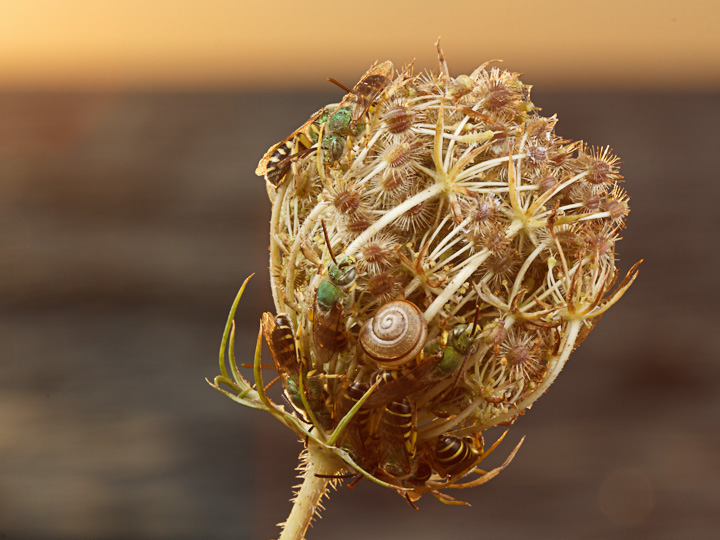 That snail is really making the rounds! 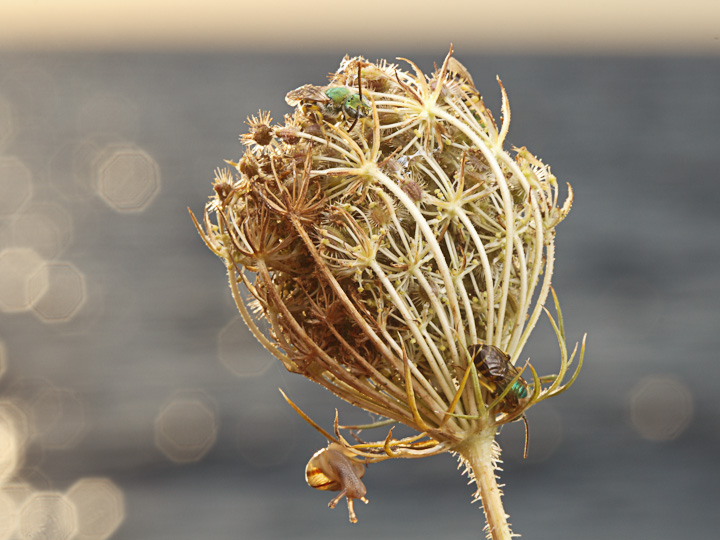 The bees are starting to disperse, and the snail is exploring its options. 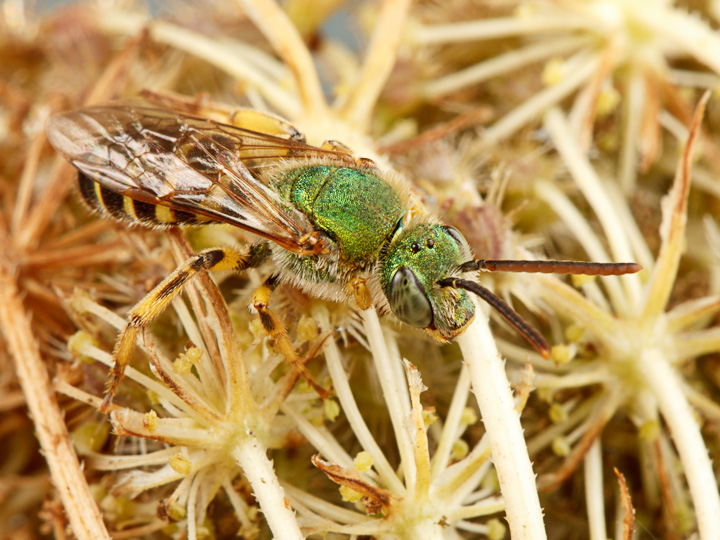 Before they all left, I took the time to get a closeup. 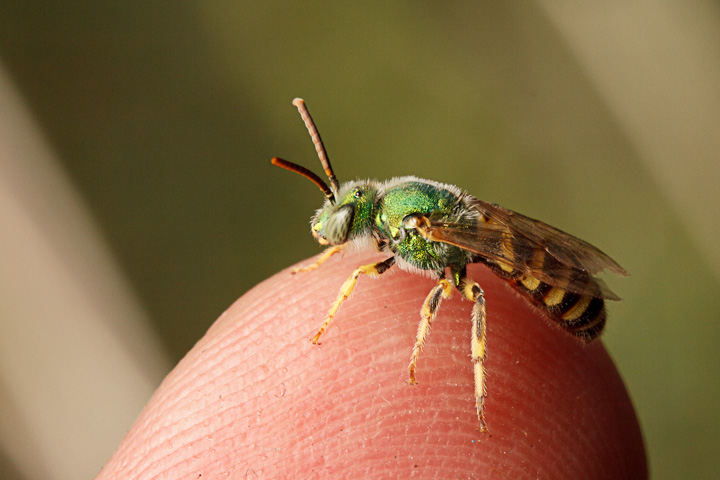 One on the finger! 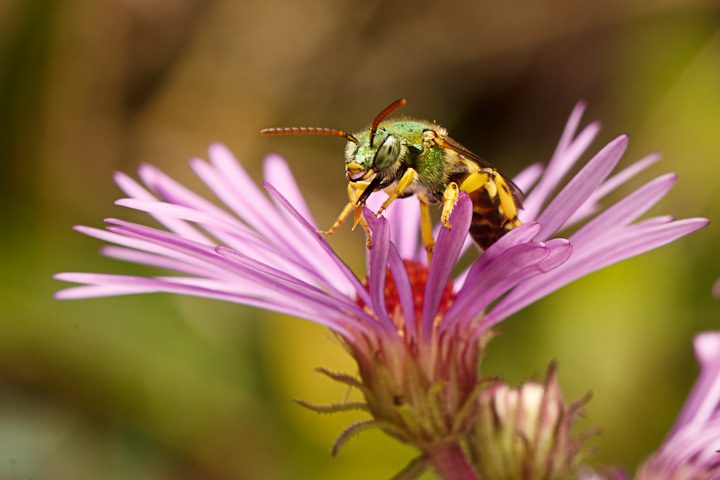 Later in the day, I saw them going about their business as normal. I have read that these bees do this type of aggregated sleeping, and I had dreamed about it, but have never seen pictures of it before!