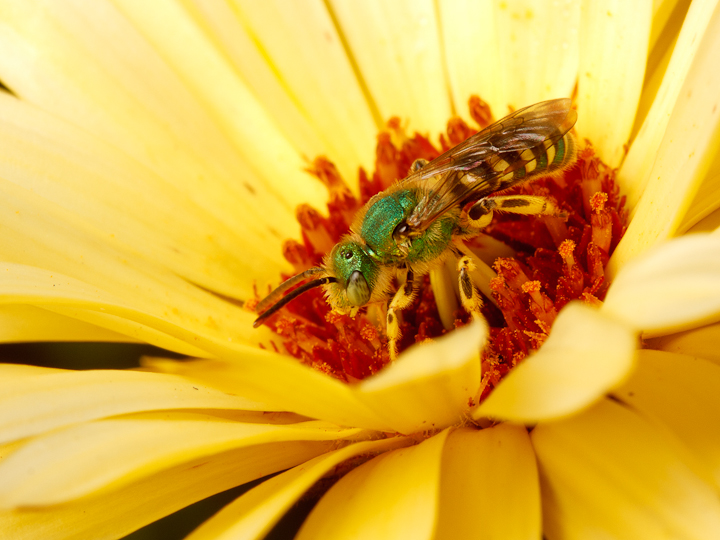 A second feature of this past weekend was getting out to various gardens and plantings to see some flower visitors. I first stopped off at the Strathcona community garden, then some gardens near Commercial drive.

Early morning on Echinacea: often bumblebees don’t make it home in the evening, and I find them dew-wettened, clinging to the flowers they were visiting the previous evening. They are in no mood to fly in this state, and I get the opportunity to experiment with lighting. 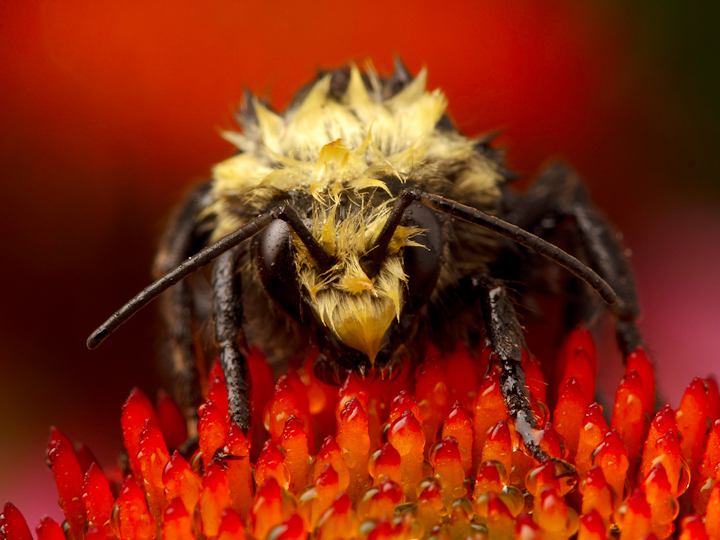 With a diffused flash to the left, and a reflector card on the right, this bee gets the beauty treatment, despite her bad hair day! 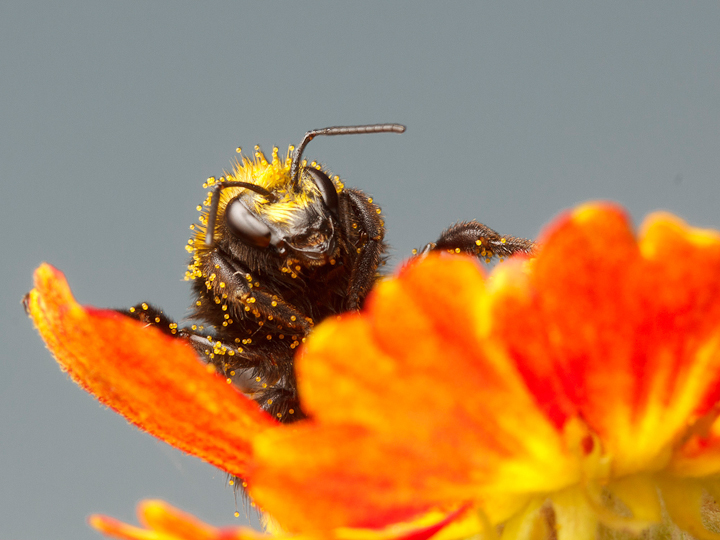 For some reason, this bumblebee looks to me like she is enjoying a belly laugh. 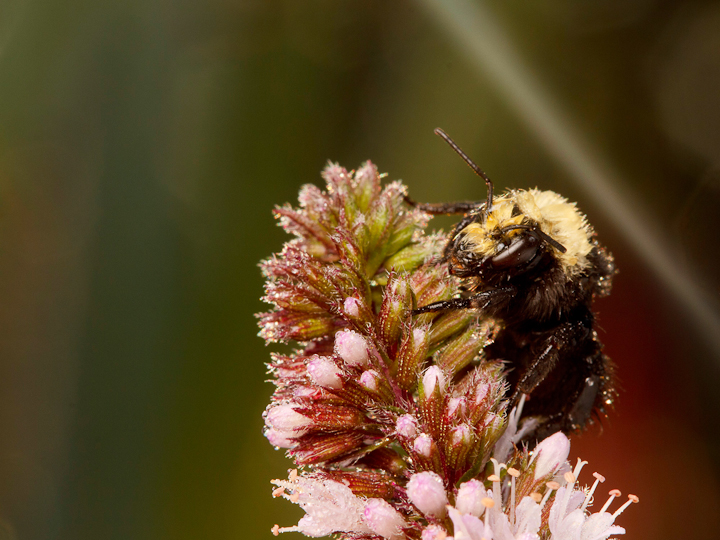 The advantage of working with immobilized insects cannot be overstated. This shot mixes in the dawn light, hence the sunbeam! 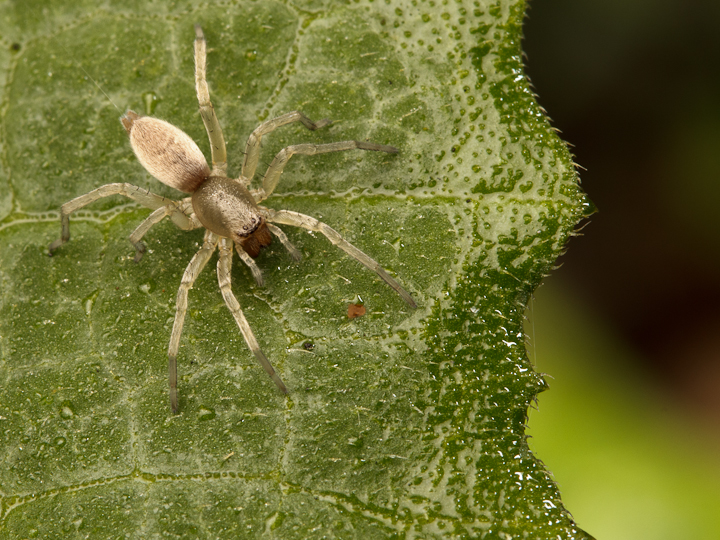 I found a few other creatures in the garden, such as this awesome sac spider. 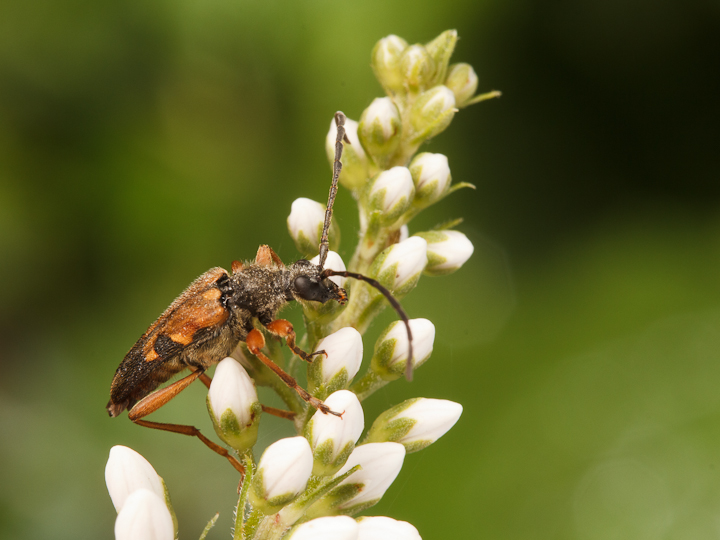 This flower longhorn was one of the few non-bee insects I ended up shooting at Strathcona. 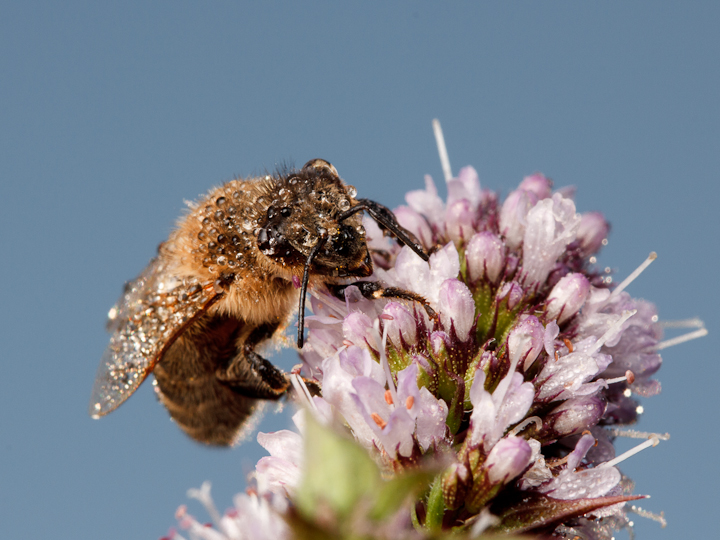 Here is a dew-wettened honeybee on some kind of mint.

And a dry honeybee foraging on Echinacea. 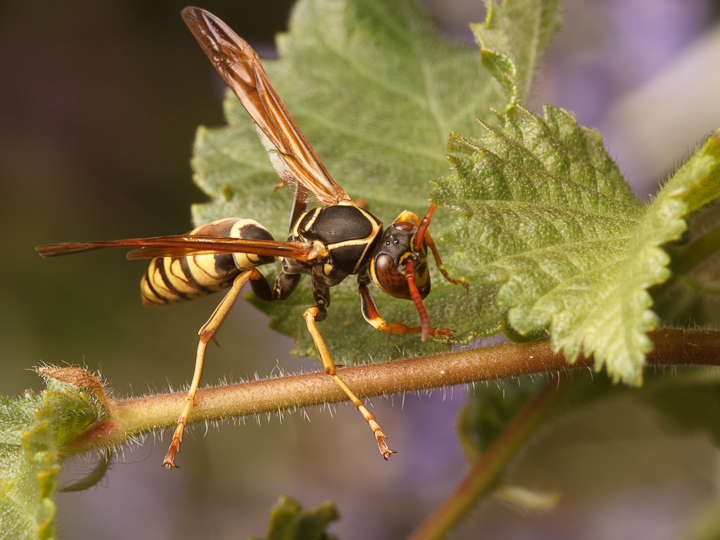 Later, during the heat of the day, I went to Grandview Park near Commercial Drive. This is our native paper wasp, Polistes aurifer. 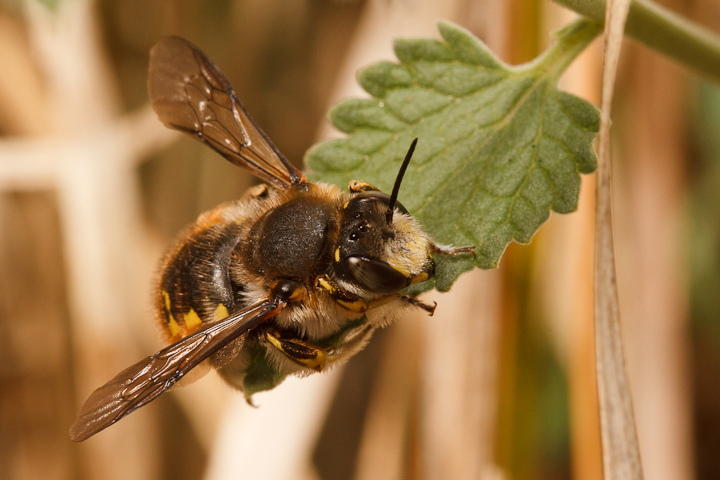 There were a whole lot of the introduced wool carder bees (Anthidium manicatum) foraging and stalking on catmint. Here is a male on his lookout perch, where he watches for rivals and females to chase.

One of the few times they are still is during copulation, wherein the male violently grabs the female while she feeds. I believe the white tuft on the male tibia has something to do with shading part of the female’s eye. 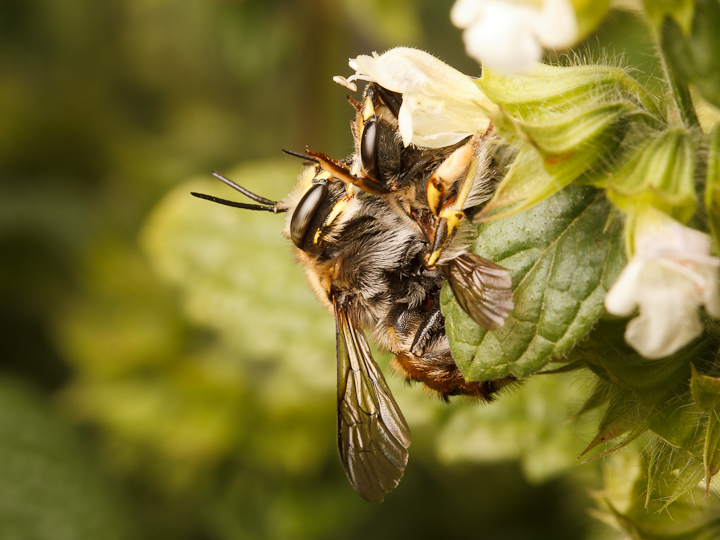 They seem to be having a good time. 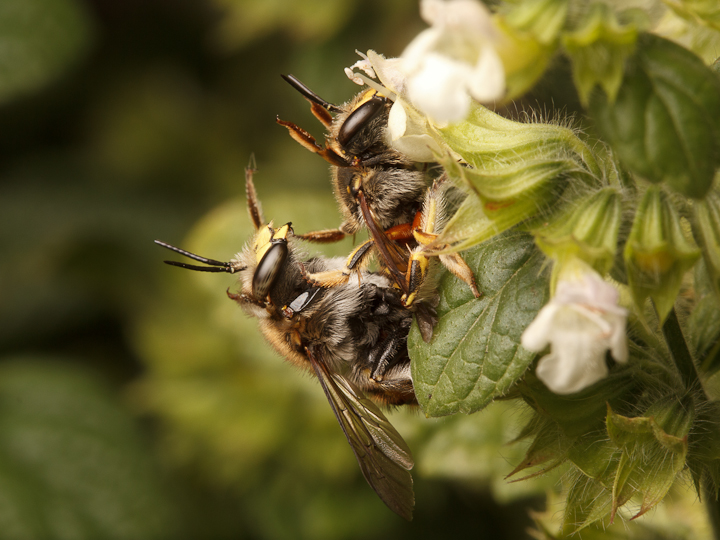 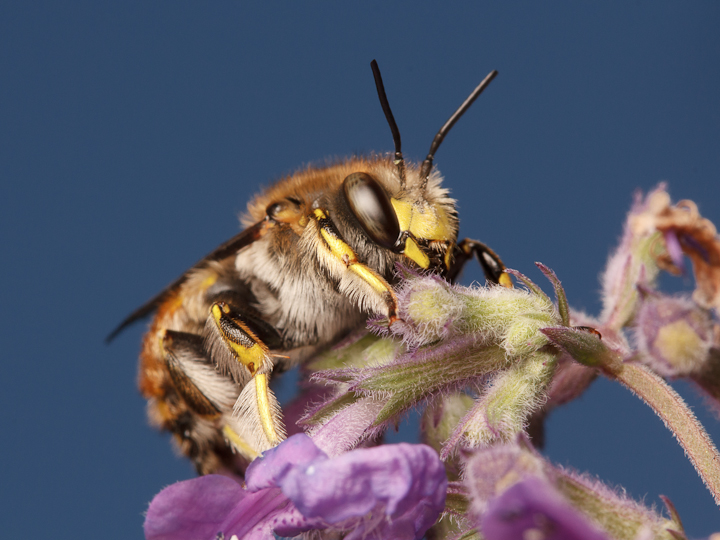 I do not normally chill insects, but this male I chilled for a short time to see what would happen. they are normally out on such hot days, it stood to reason they would be sensitive to chilling. This procedure allowed about a minute of shooting, and in not such terrible positions either. 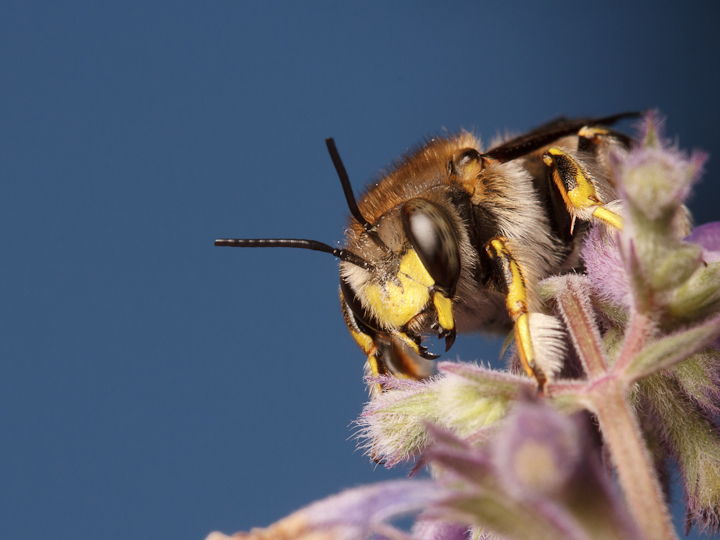 Here he is, looking fierce and about to fly off. 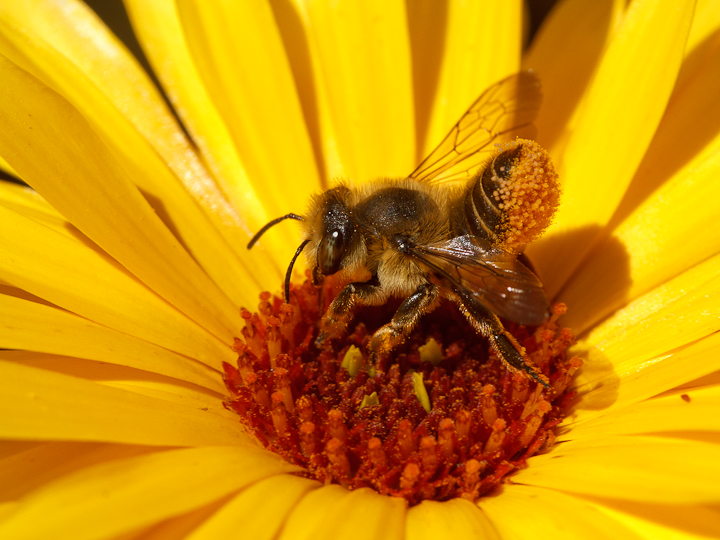 Booty duty: this natural light shot shows a megachilid with a scopa full of pollen.

Pretty boy: finding the male of Agapostemon texanus is a wonderful thing. The combination of the striped abdomen and brilliant green is hard to resist. They would steal my heart from Coelioxys if they weren’t so damn fast!

2 thoughts on “BC Day Long Weekend part 2: Bees in the garden”