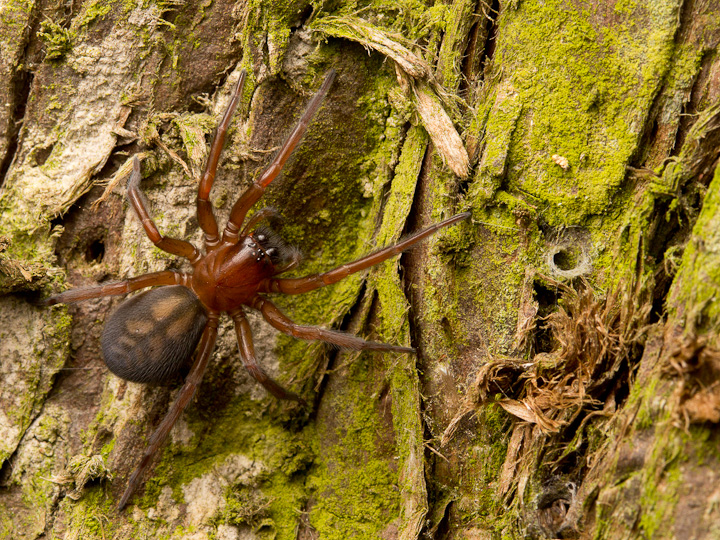 A few weeks ago, I suggested a Rat Safari, as a budget-minded wildlife photo expedition that is easy to do in most cities. Today, I bring you a budget spider safari, which Catherine and I conducted in the tiny  park across the street. For this to work, I needed some constant illumination in the subject area, so I simply taped my Fenix E-05 flashlight to the lens hood of my 100 mm, which illuminated the spiders for easy focusing. The lighting for the shots was simply accomplished with a single diffused speedlight on the Monster Macro Rig. I hope you enjoy the photos, and are inspired to go find some little night spiders yourself!

Realm of the Amaurobiids: These Hacklemesh Weavers are the most abundant of the spiders we found. Their disordered web flanking their retreat is laid as a trap for unwary passing insects. 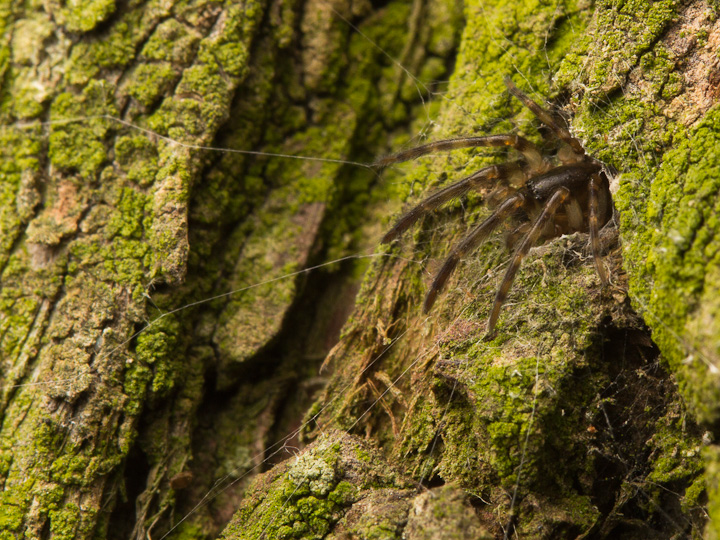 Some webs are more sparse than others!

We guess that this is a male Steatoda hespera (Therediidae).

These small orb weavers (Araneidae) were out in small numbers. 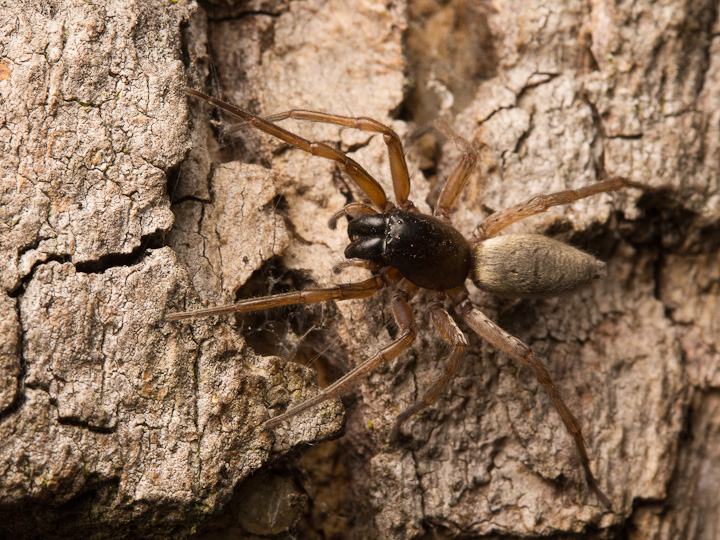 A nice big sac spider (Clubionidae)! This is a female.

Could this male sac spider be the same species as the previous? It is difficult to tell. There are hundreds of species of Clubionidae in Canada.