The Red-throated Caracara, Ibycter americanus, is the subject of my academic research and the namesake of this blog.

This beautiful raptor may look like a strange vulture or a hawk, but it is actually in the falcon family. It is classified in the subfamily Polyborinae. This group includes the caracaras, forest falcons and some others, and is thought to have split from the rest of the falcons some 14 million years ago . The caracaras are oddballs in the falcon world, as they are not swift-flying, long-winged aerial hunters, but for the most part rather slow-flying generalists and scavengers, many of whom spend a lot of time walking on the ground. There are currently five recognized genera of caracara, with 10 species. 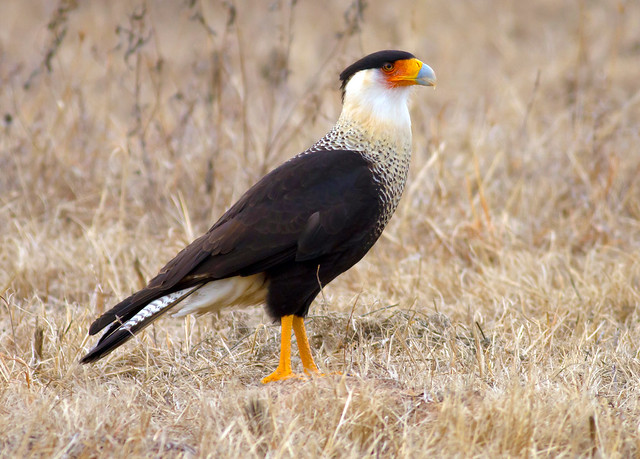 This is a Crested Caracara, Caracara cheriway. These birds are more typical of the group, found in open habitats. (photo CC Licenced by Manjith Kainickara) 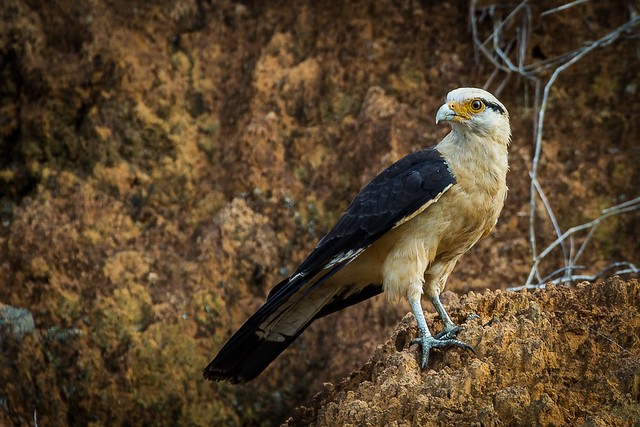 Caracaras are for the most part birds of open habitats, from windswept Patagonian plains to sunbaked Venezuelan llanos to the open cattle country of Central Florida. Bucking this trend, the Red-throated Caracara is a forest specialist, preferring densely forested habitats from Central America to southern Brazil. And unlike most of its relatives, it is not a generalist predator or a scavenger, but rather a specialist predator of social wasps.  This unusual diet is mirrored in the Old World by the Honey Buzzards, of the genus Pernis. It is this unusual dietary choice which led to me taking on my PhD research, the main objective of which was to determine how these caracaras manage to prey on well-defended social wasps without getting injured. 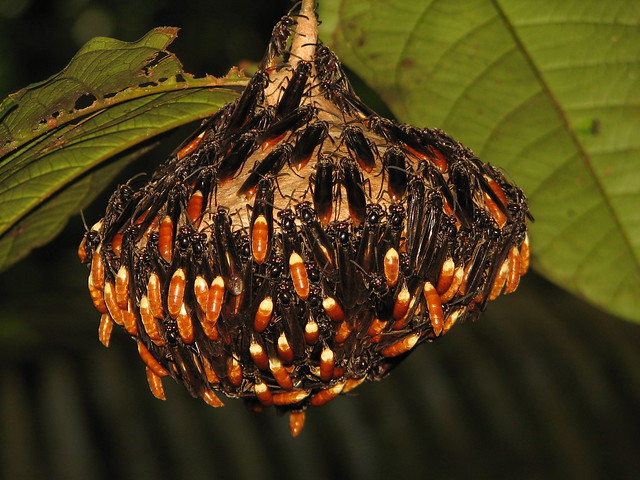 The warning coloration of these Apoica albimacula tell most predators to stay away, and with good reason.

In addition to the diet, the social behavior of Red-throated Caracaras also stands out. Unlike most falcons, this species  is rarely seen alone, preferring to travel in groups of up to 15 birds. They are extremely loud birds and are in almost constant vocal communication with each other.  If you want to hear what I am talking about, listen to  this!

Yeah, we bad… The Red-throated Caracara is one of the most sociable (and loud) raptors you are ever likely to meet.

This species, and most caracaras in fact, have rarely been studied. Prior to my work on these strange birds, only one study has focused on their behavior, showing that they exhibited some degree of cooperative breeding, and that they appeared to be defended against their social wasp prey by “a powerful chemical repellent”.

Because I have become so enamoured of these caracaras, I would like their tale told more widely, and this blog will be one of the vehicles to do so.  In some upcoming posts, I will begin to tell the story of my research on these (ridiculously cool) animals. My research has been a  fascinating journey, which is not over yet. You are most welcome to tune in to future posts to learn more about the world of the Red-throated Caracara.

5 thoughts on “The Red-throated Caracara: introducing my favorite loud bird”