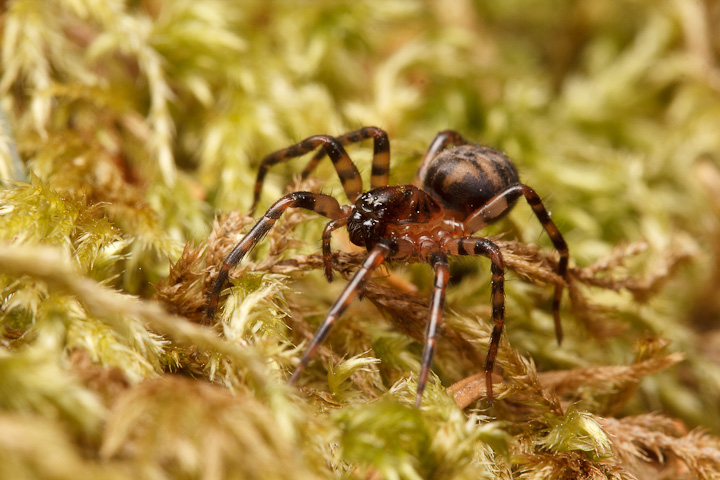 This weekend Catherine and I finally got out for an outing in the woods. Her knee is still bad, so it had to be somewhere with not much hiking involved, so we chose to go to French Beach. This park out past Sooke is getting out farther into the Strait of Juan de Fuca, and thus has a bit more of the character of a wild west coast beach than those closer to Victoria. Unfortunately for us, the weather had taken a turn for the worse, and the temperature was much chillier than the previous day. We did manage a bit of arthropod hunting, and had lunch before a spat of freezing rain sent us back to Victoria. 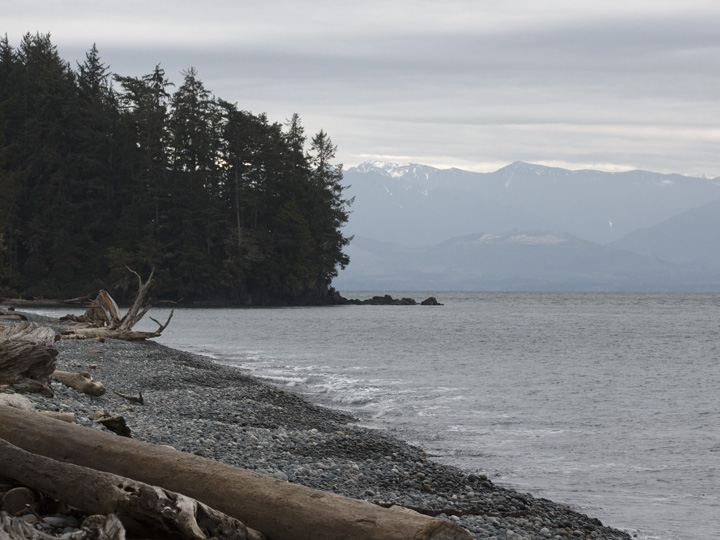 The beach was a bit dreary and cold, but that is pretty normal this time of year. If we had managed to get out on Friday it would have been much nicer. 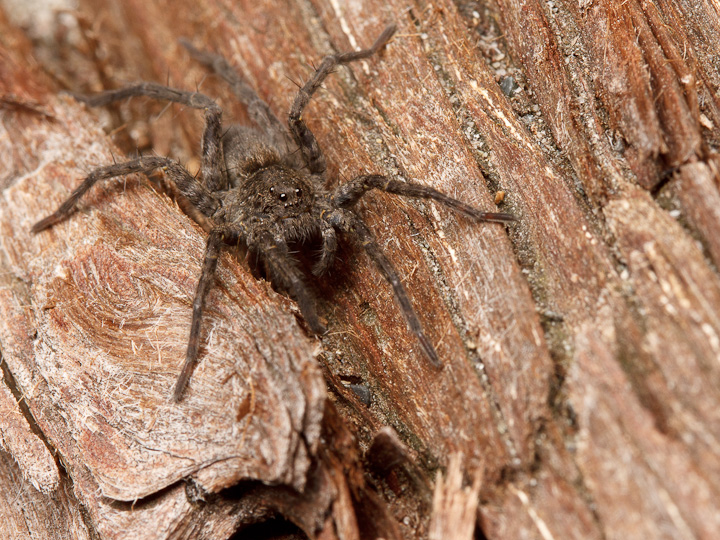 Our first arachnological find was this remarkably still wolf spider. Here is an example of a “naturally chilled” arthropod that retains a normal posture. 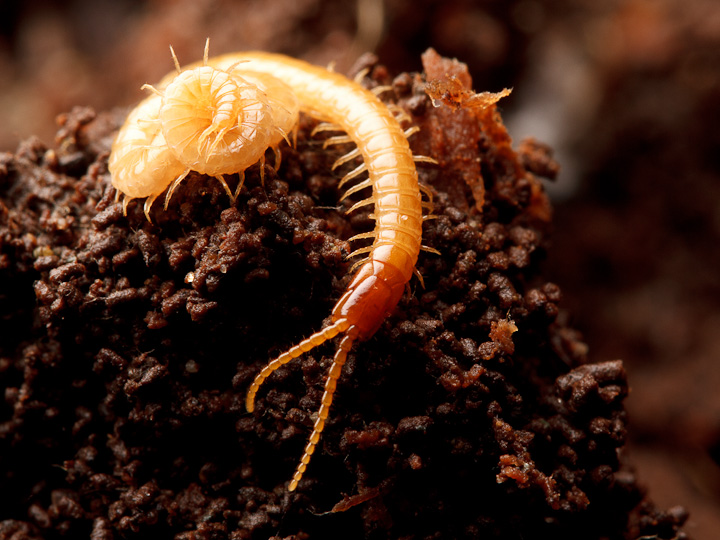 We did some excavation under the bark of a downed Sitka Spruce, and found this svelte centipede. 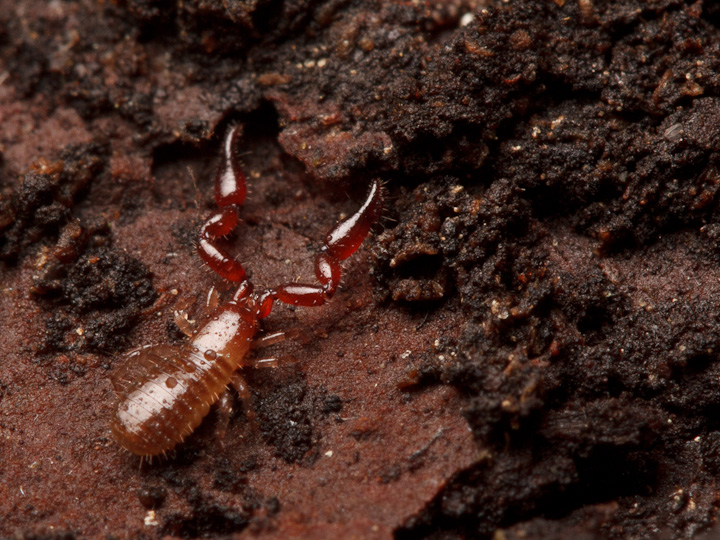 We were delighted to find a lovely Pseudoscorpion under the bark. I am sure the diminutive creature was less happy to see us. 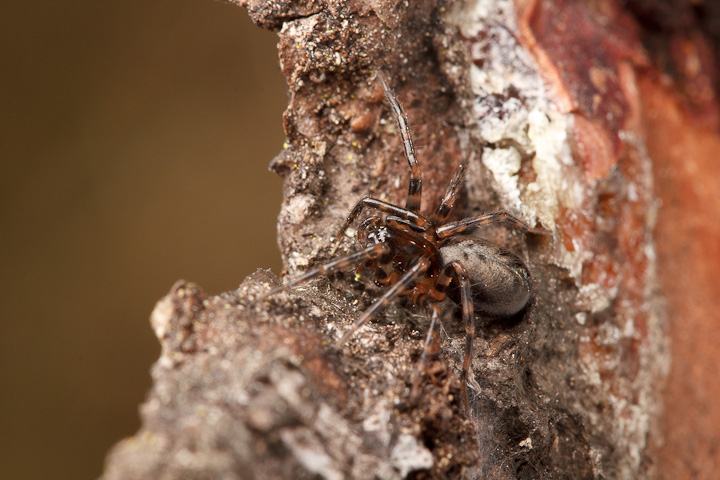 Of course, some lovely Amaurobiids were to be found as well. 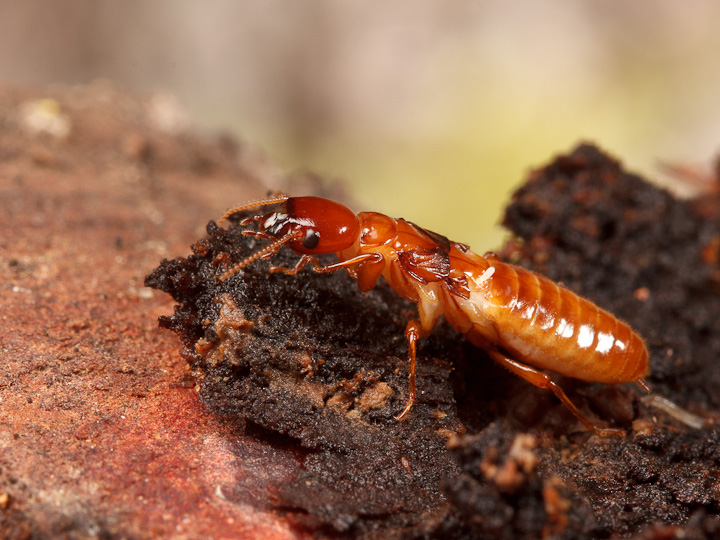 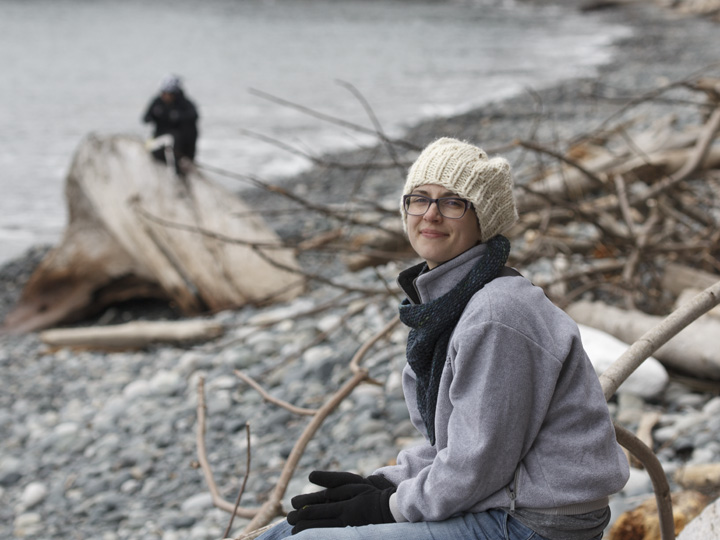 At the end of the day, the weekend expedition was a success, as it got us out and active and showed us that there is a life beyond thesis writing!