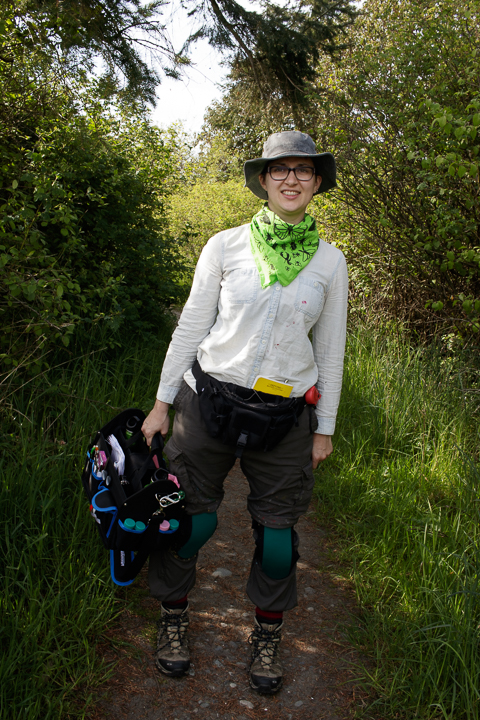 This post will be an update on #TeamBlackWidow...As you may have guessed, based on following the #TeamBlackWidow hashtag on Twitter, we have arrived back in BC and are engaged in the early stages of our season’s fieldwork. Catherine and I are set up in a really nice basement suite in a house in the countryside (owned by arachnologists!) and are very much enjoying the new space (compared to our 400 square feet in Toronto).

We have been to our fieldsite several times for reconnaissance and mapping, and have staked out quite a few logs on the southern portion of the beach for observation. 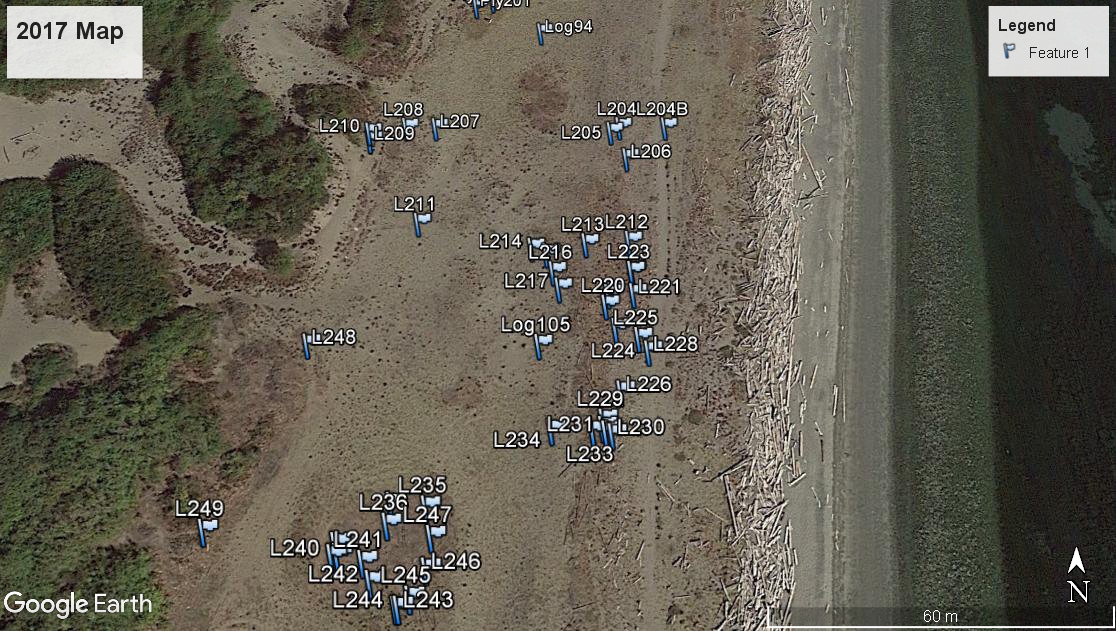 The point prefaced with L2XX are new territory we have mapped out, and are largely not congruent with our 2016 observation sites

So what have we found so far? Well, the spider season this year is much delayed compared to what we saw last year, with no females with egg sacs, and most of the spiders just beginning to fatten up on springtime bees and flies.

Only this past week have we seen any adult males at all, with most males we have found being only penultimate (one molt away from maturity). 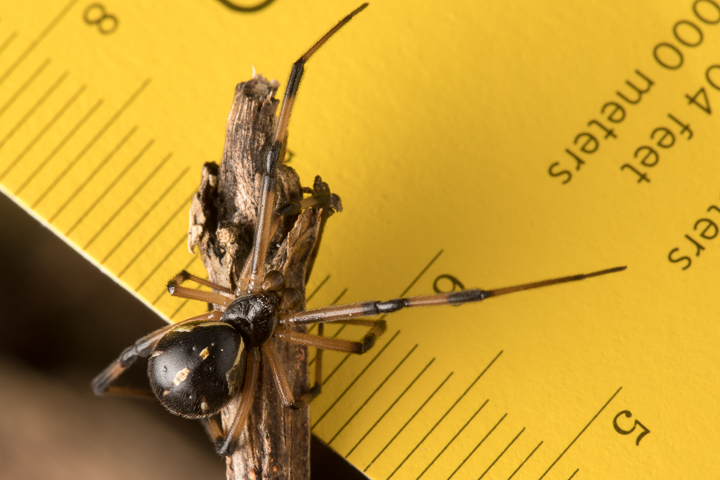 The males all have the typical “winter male” form, being larger than summer males, and quite dark, much like an immature female.

By way of comparison, we saw our first mature male and our first egg sac on April 20 of last year. This year, as of today, we have only seen two mature males, and not a single egg sac. The weather has been cool and often rainy, and the widows are off to a slow start.

With these conditions, we have not been focusing on field observations, instead working to prepare a set of experiments to perform before we have to return to Toronto in June. 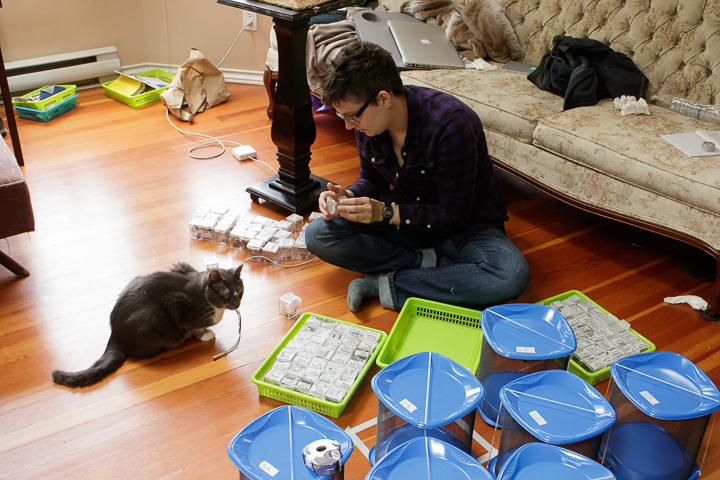 Catherine loading spiders into field cages, assisted by Darwin, one of the cats who lives here. 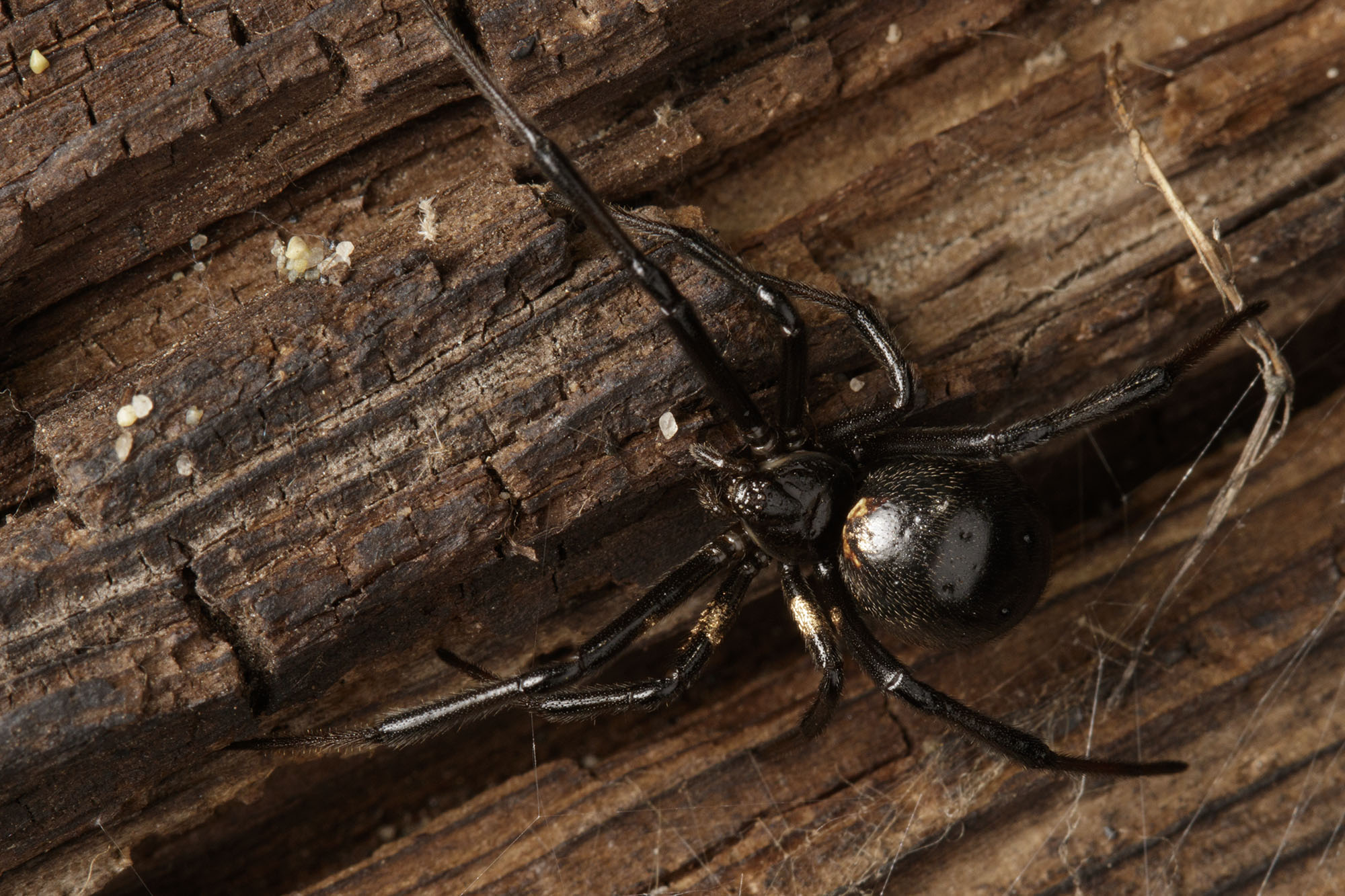