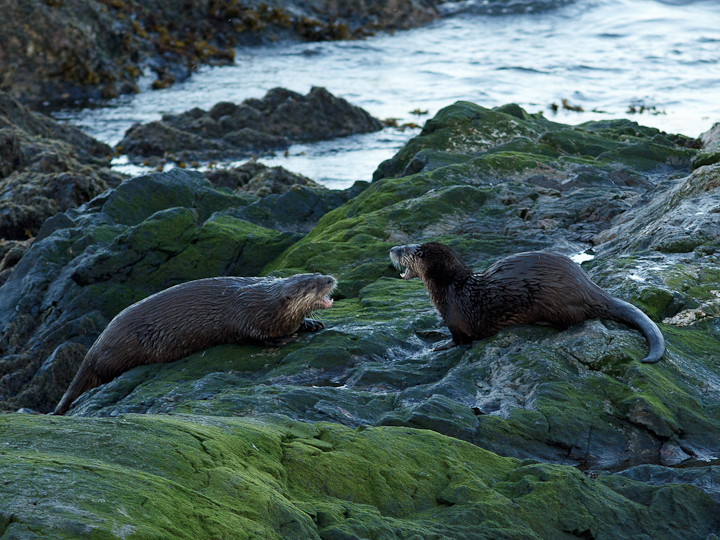 In the life history of most mammals, olfaction plays an important role, especially for social interaction. Scents tell these animals the identity and sex of individuals, as well as the sexual receptivity of females. It is tough for us humans to appreciate the scent-filled lives of these animals, but the other day, Catherine and I got a first-hand demonstration. On Saturday, we watched a River Otter (Lontra canadensis) using scent to mark his territory. River Otters do not have exclusive territories, but rather overlapping ones, and have encounters with other otters frequently. 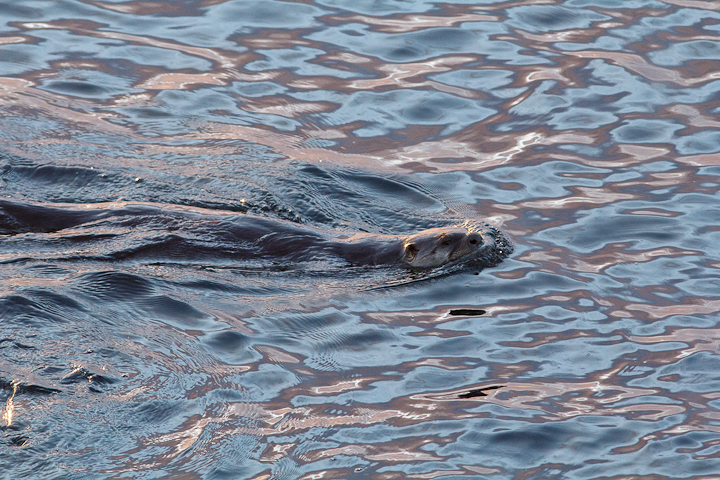 The male river otter at dawn, swimming westward around Clover Point in Victoria. 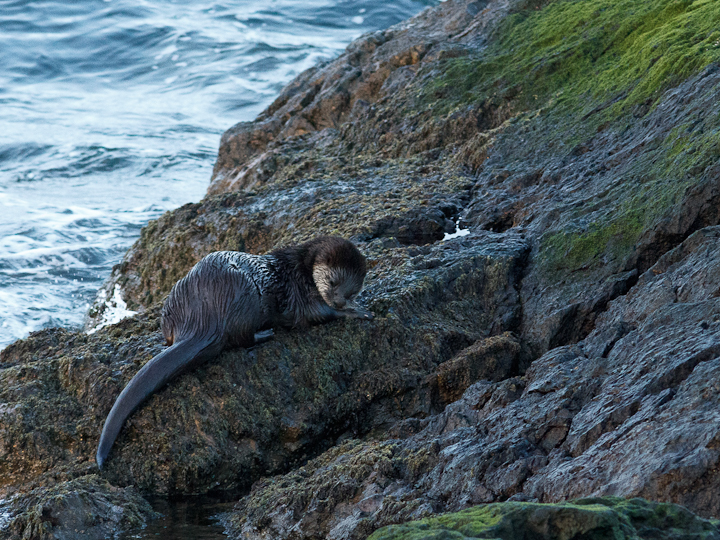 First he stops for some grooming. 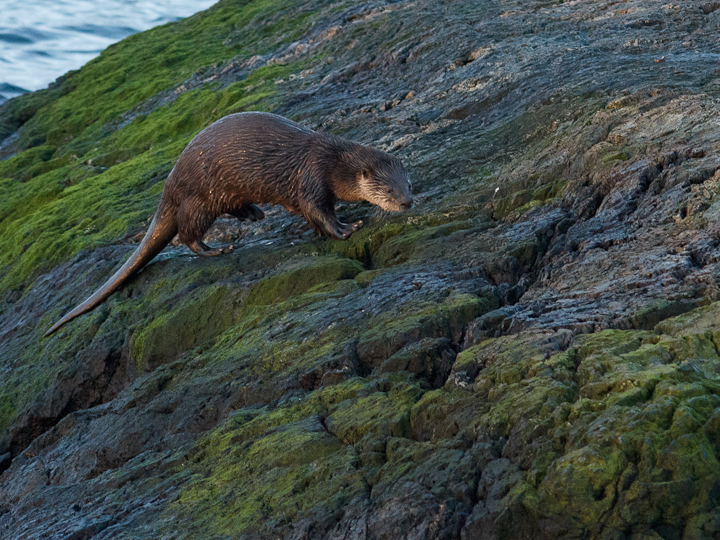 Then, he checks previously laid down scent marks near the splash zone on the rocks. 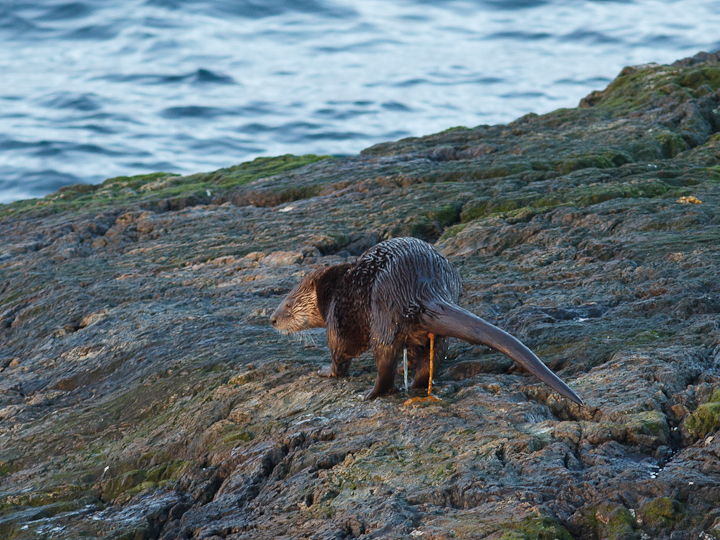 Next, he does his thing, no doubt leaving a strong scent (otter poop is one of the smelliest poops, personal observation). The poop is called a “spraint” and is used as a type of scent mark. Urine also functions in signalling. 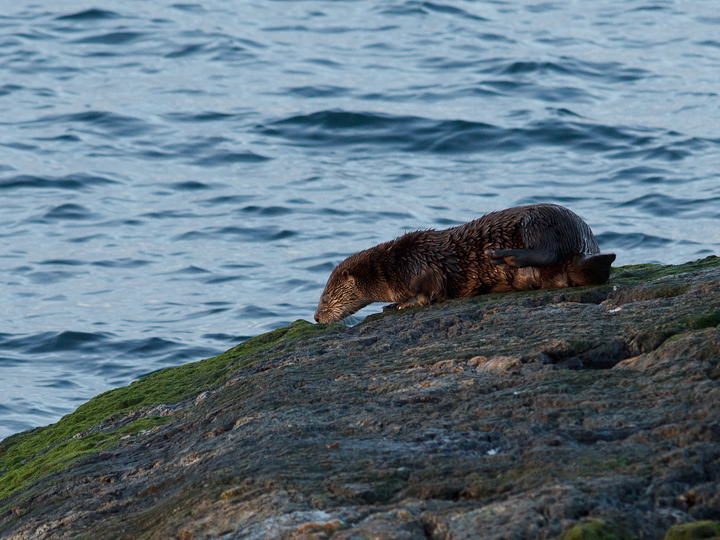 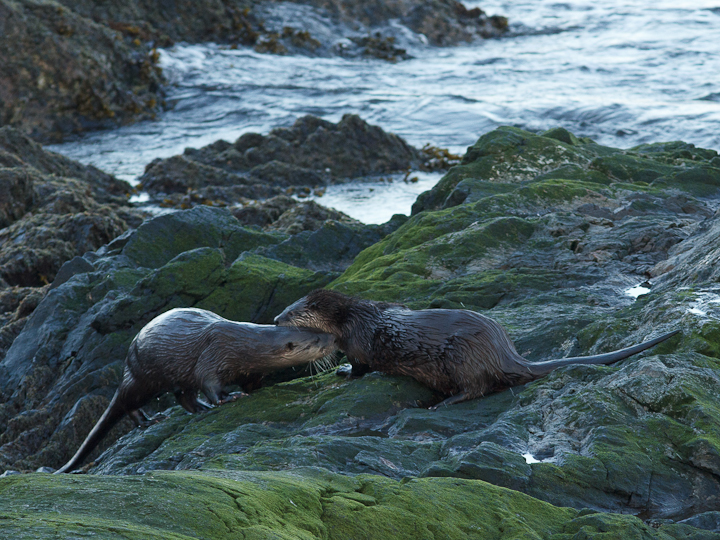 Further westward, he meets another otter scent marking. Some neck sniffing to start with. 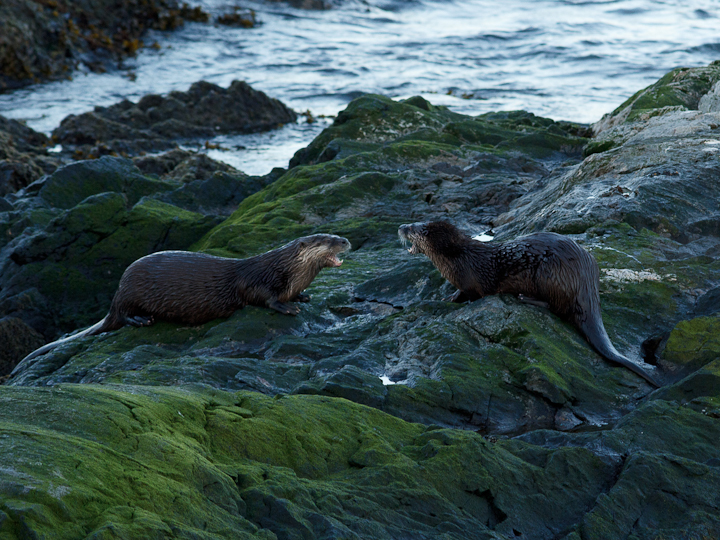 Seems to be a standoff, with much vocalizing and baring of teeth. 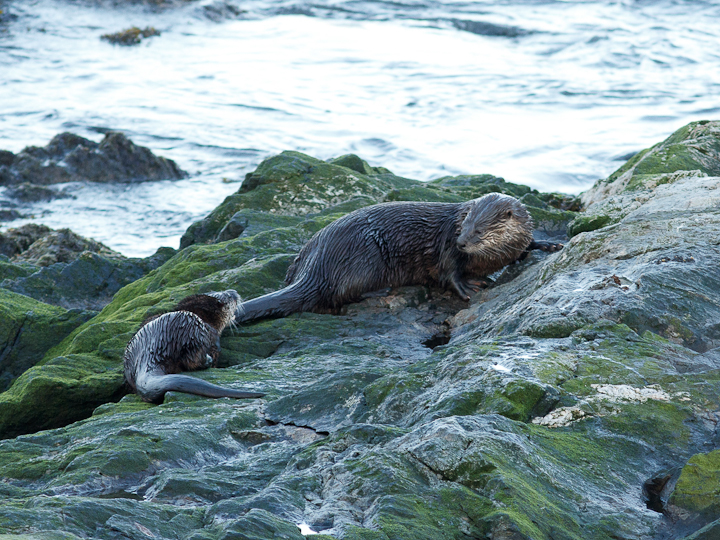 A bit of a pursuit. 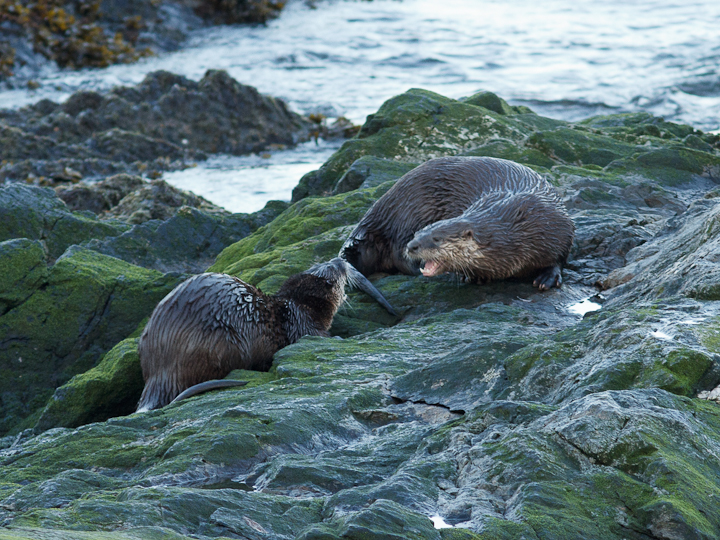 Some further vocalizing and tooth-baring. 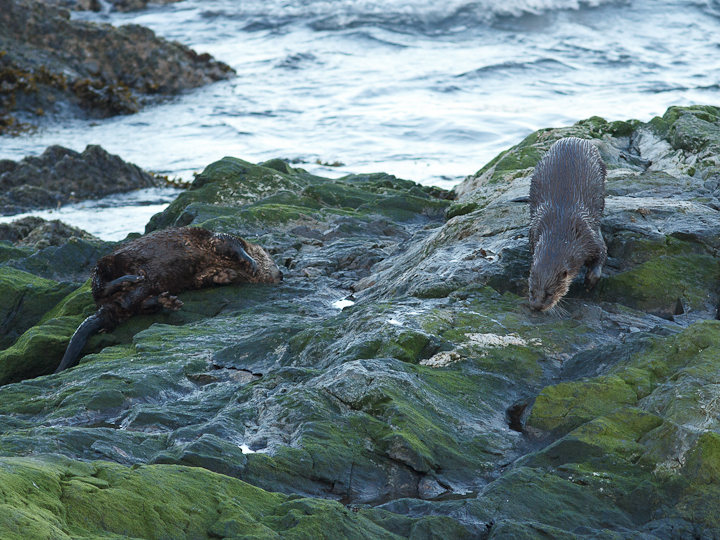 Finally, one otter adopts what I think is a submissive posture, while the other continues examining scent marks. Shortly thereafter, the otters continue on their separate ways.

2 thoughts on “The smelly world of the River Otter”