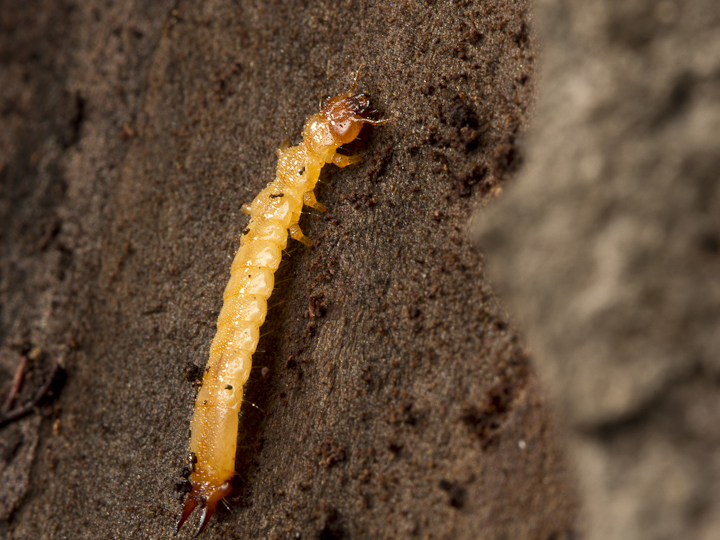 Sunday afternoon was warm and sunny, but when Catherine and I went out to Crother’s Woods, the forest was sodden and mucky. Nonetheless, we set out for a short stroll, looking under bark of fallen trees and in the leaf litter for creatures…

So have a gander at what we found! 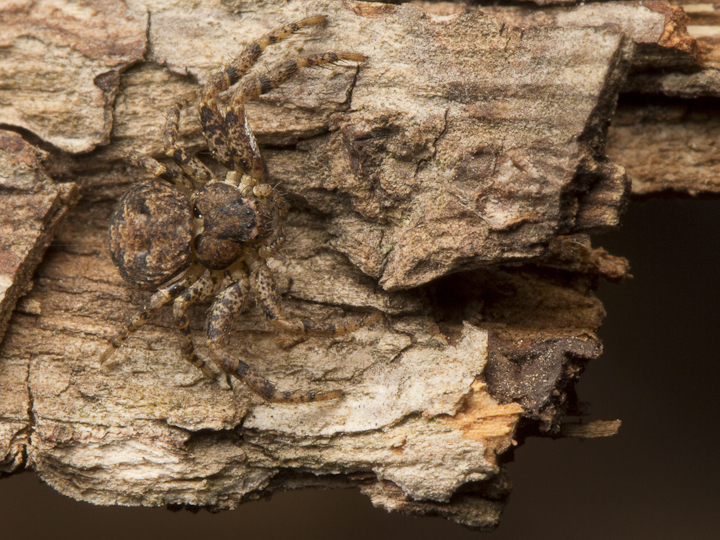 We found a bunch of Bassaniana (now Coriarachne) bark crab spiders overwintering in bark crevices. These are extremely cryptic on bark, and are probably very abundant all up a tree. 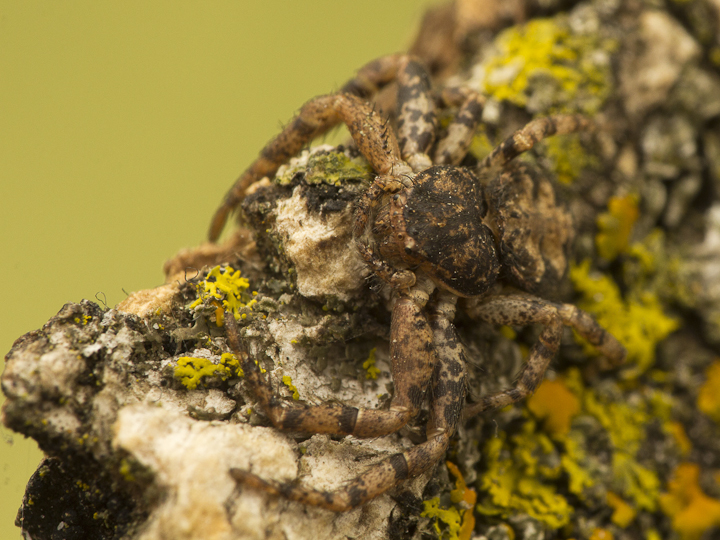 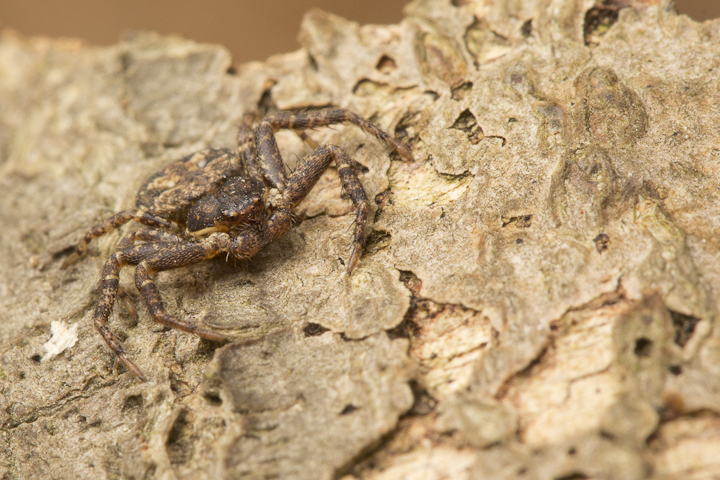 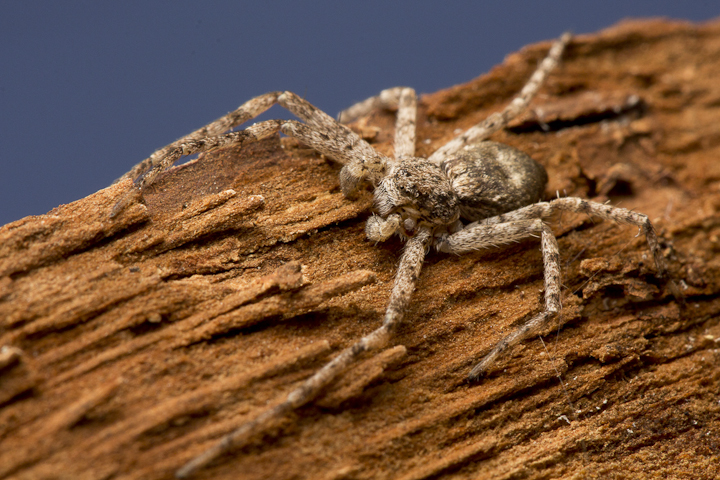 This running crab spider (Philodromidae) was also found under bark, along with the Coriarachne. 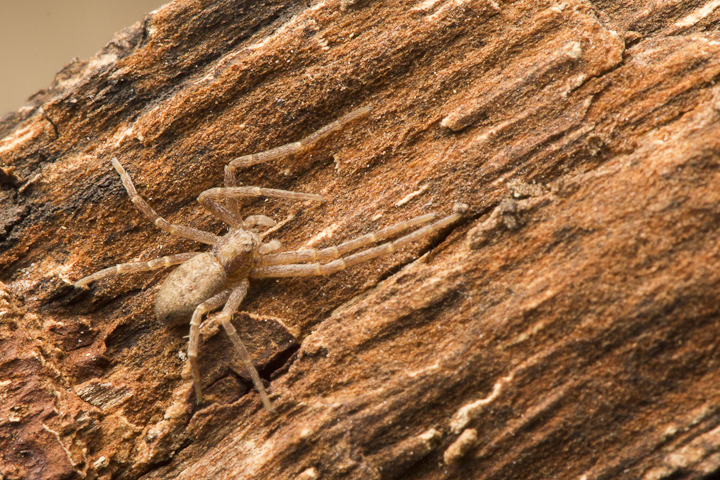 Yet another philodromid. I wish we knew the species here! 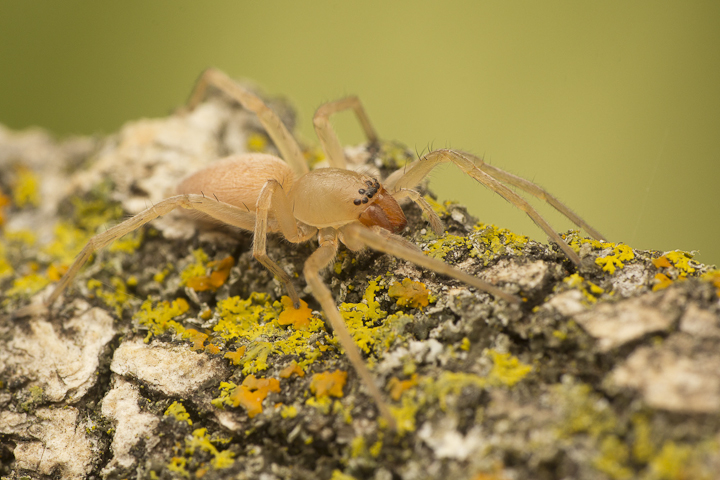 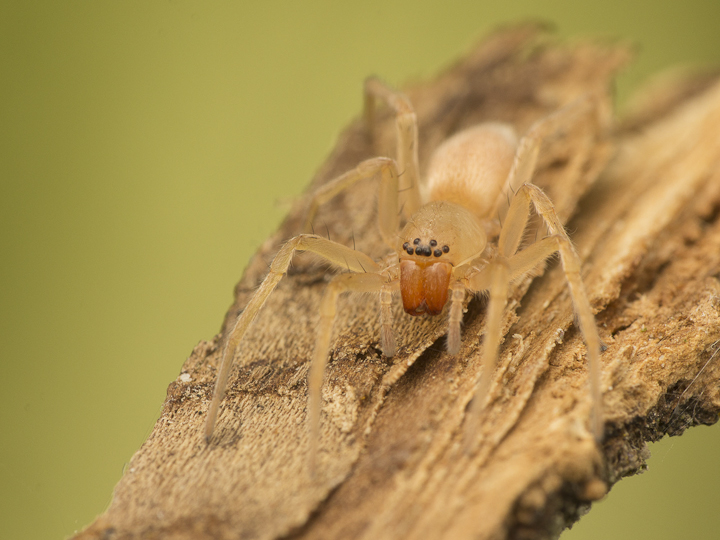 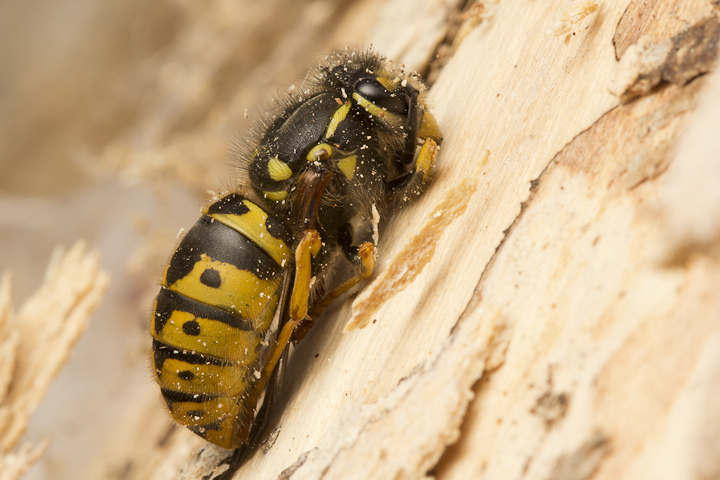 Catherine found this eastern yellowjacket queen under some bark as well. She is overwintering, and we took good care to replace her in an equivalent crevice. 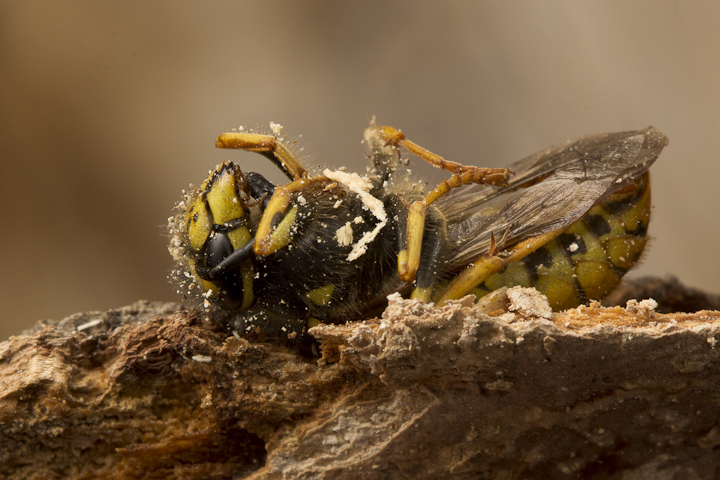 She was completely motionless, with wings held in a protective posture typical of overwintering yellowjackets. I was interested to see that her wings tuck under the spines on the hind tibiae.

One of our coolest finds was this minute tree-fungus beetle on a bracket fungus on a birch tree. (OK, this is not even a ciid at all! Gil Wizen has informed me this is a tenebrionid, Neomida bicornis!) 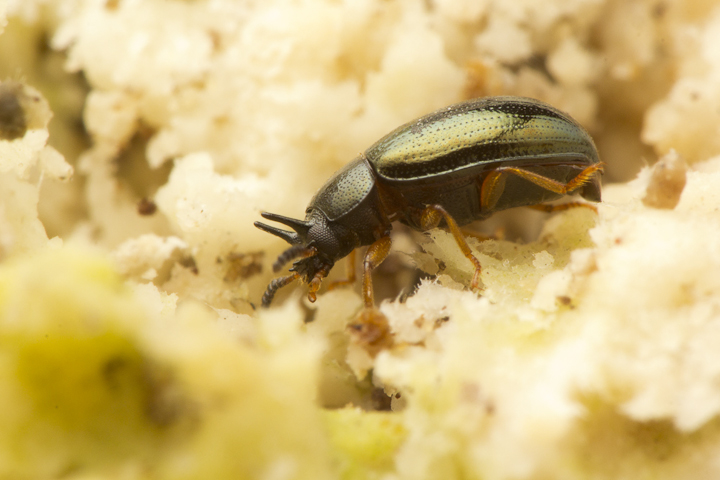 These beetles tunnel through the tough fungus, and I cannot understand how these forward-facing pronotal spines are helping! 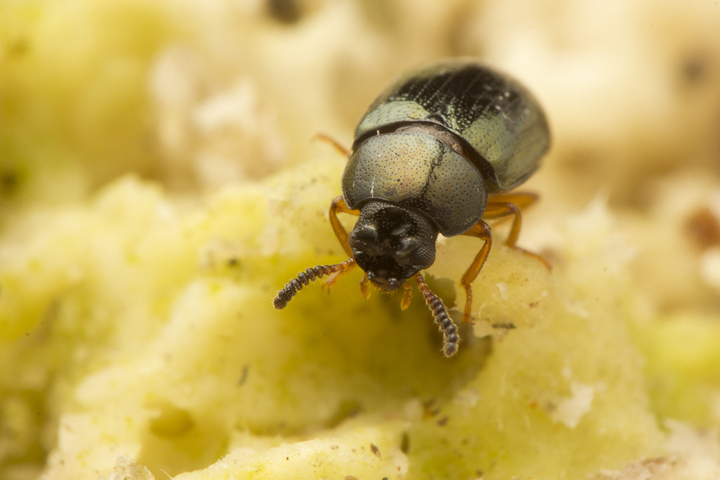 This beetle was less than 2 mm long, and made my day. 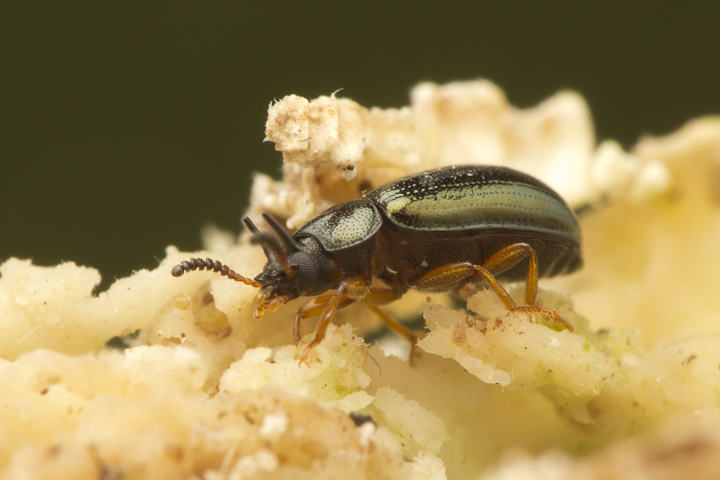 If anyone out there knows what they use these spines for, please let us know! 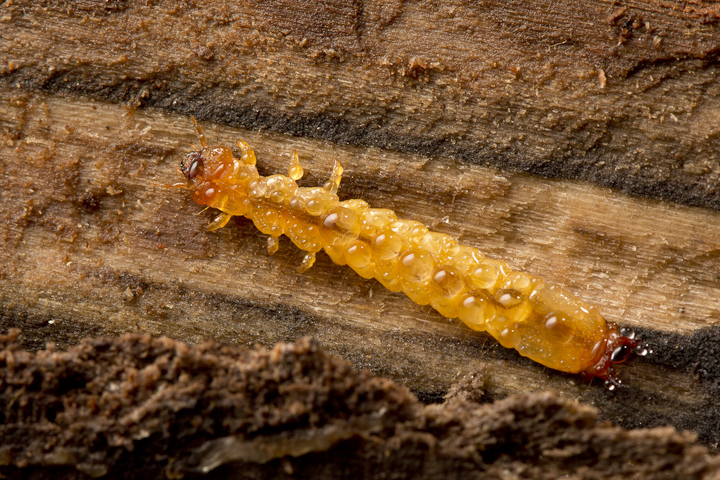 This looks like the larva of a flat bark beetle (Cucujidae) (but wait! It is not! Again, Gil Wizen to the rescue! This is a fire-colored beetle, Neophryochroa femoralis) 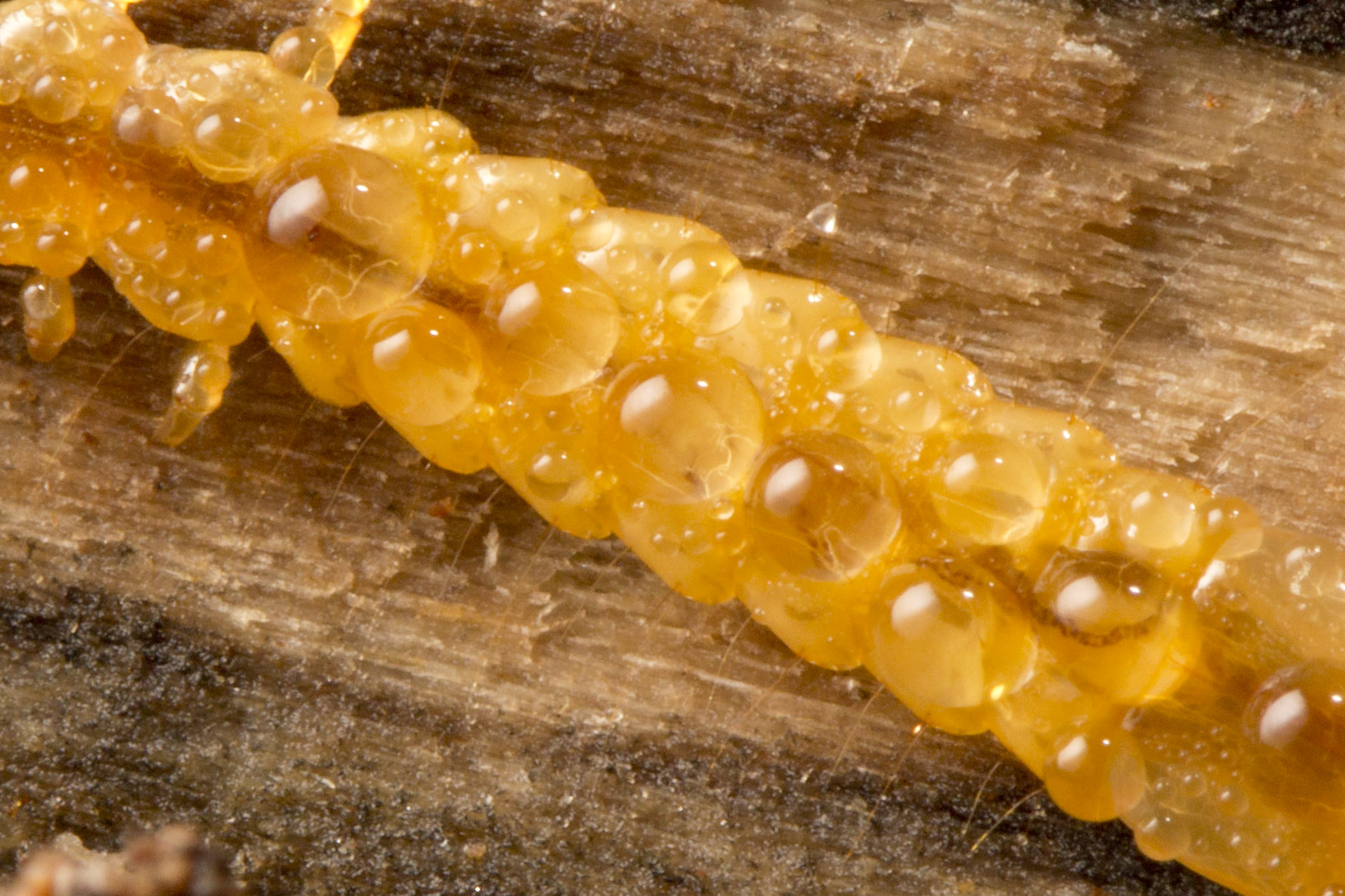 A closer crop reveals that the water droplets act as magnifiers, bringing into view structures such as the tracheae, visible through the translucent cuticle (click picture for larger view). 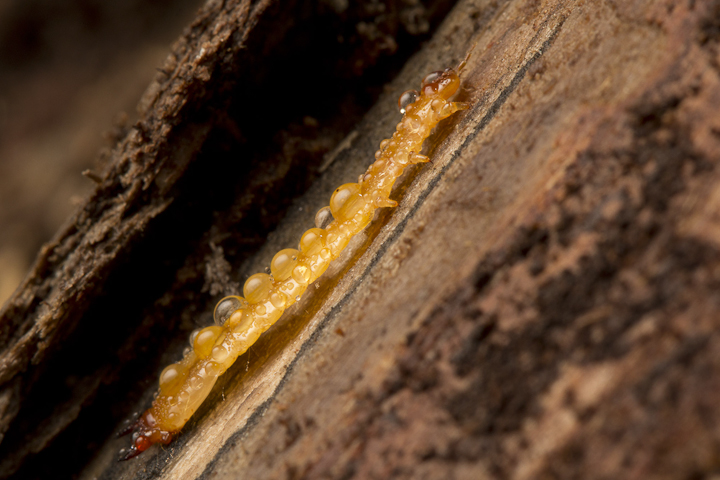 Like most of the under-bark fauna, these beetles are very flat! Even adult cucujids are very dorso-ventrally flattened. 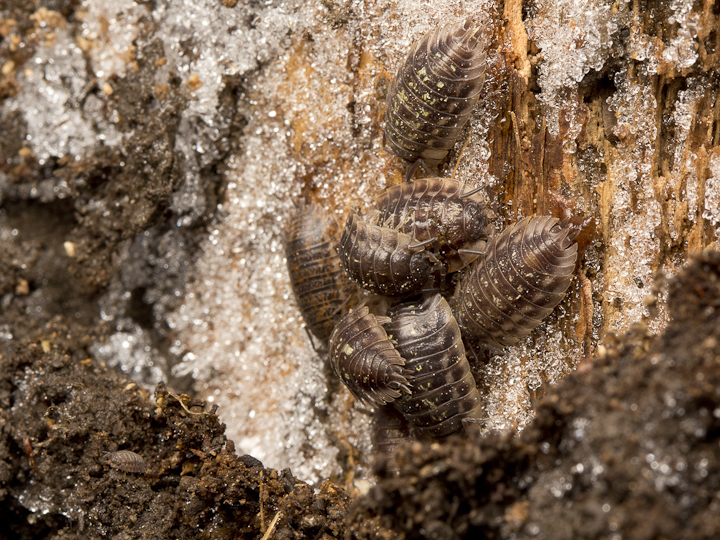 Although much of what we saw was above freezing, wood in contact with the soil was still partially frozen, and these isopods were in the midst of ice. Ice-o-pods. Get it? Anyway, we are due for more freezing weather in Toronto, so I hope you have enjoyed these pics…It is not likely we will get any more this week!

7 thoughts on “Weekend Expedition 69: A muddy slog in Crother’s Woods”