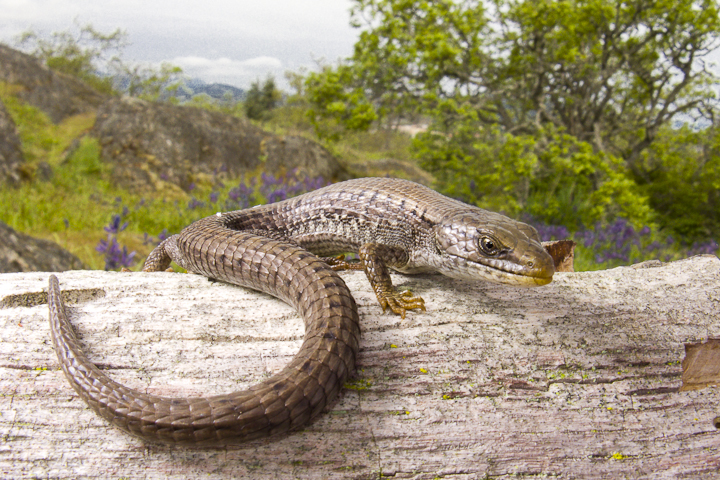 For this image, I wanted to show the Garry Oak habitat that I found this beautiful Northern Alligator Lizard in, as well as the gorgeous detail of its long body.

One of the greatest trends in wildlife and macro photography is so-called “wide angle macro”, or getting close to a subject with a wide lens in order to show both detail of the subject, and some of the surroundings for context. In addition, the exaggerated field of view places the subject right in your face in a way that standard macrophotography struggles with.

To achieve this with a DSLR, there are a number of lenses that can be used, including some very exotic optics such as the Venus 15 mm Macro (see Thomas Shahan’s video here for a good intro).

Well, here at Cheapskate Tuesday, we can’t afford that kinda thing (yet), so we have to make do. One way to acheive this type of look is both cheap and abundant: old compact cameras! I happen to have a fine Canon A720 IS that I bought some years back for 35 bucks at a pawnshop in Victoria. It focuses extremely close, and from my days shooting the S2IS and S5IS, I knew it could be hacked with CHDK in order to get RAW file capture for improved dynamic range and white balance editing. 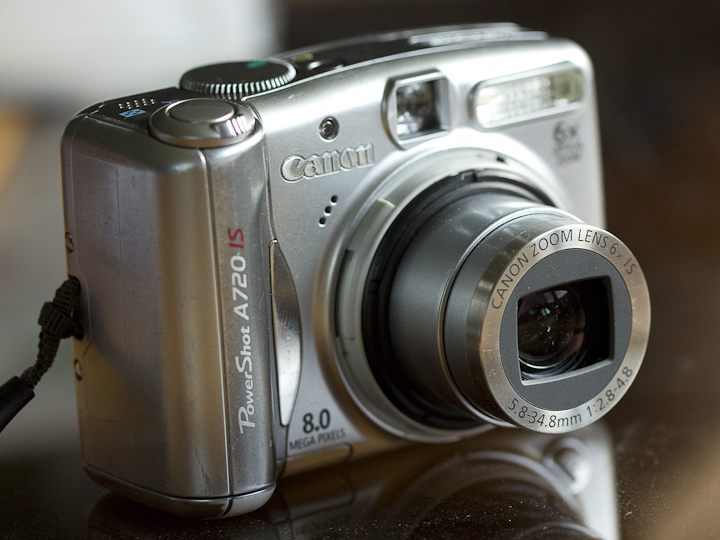 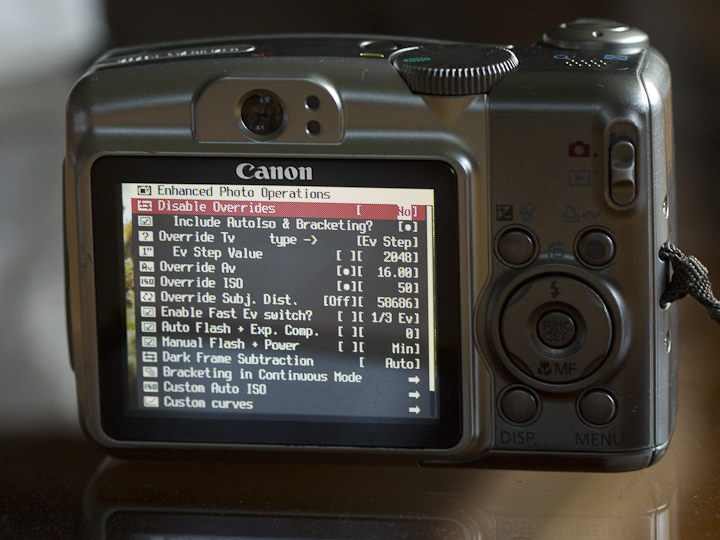 This CHDK menu shows some of the great tweaks that are available (in addition to RAW capture). The overrides of both ISO and aperture are very useful, and really work!

Well, working with a compact still has some disadvantages in terms of the maximal quality of the images captured, as well as the limited resolution available…The compact is versatile though, and is very light. One very cool feature of this model is that it has a global shutter and a very high flash sync speed, so flash-illuminated shots can still retain great detail in a bright sky.

The most important thing is that it focuses VERY close even at the widest zoom setting, allowing for the shots of the lizard you will see. There is a set of crazy tricks I used when shooting this image that I won’t detail here, but will cover in a future Cheapskate Tuesday post…Suffice it to say, if you desire the ability to make images like this on the cheap, and don’t mind a bit of tinkering, pick up a similar camera today, if you can find one at a good price…. 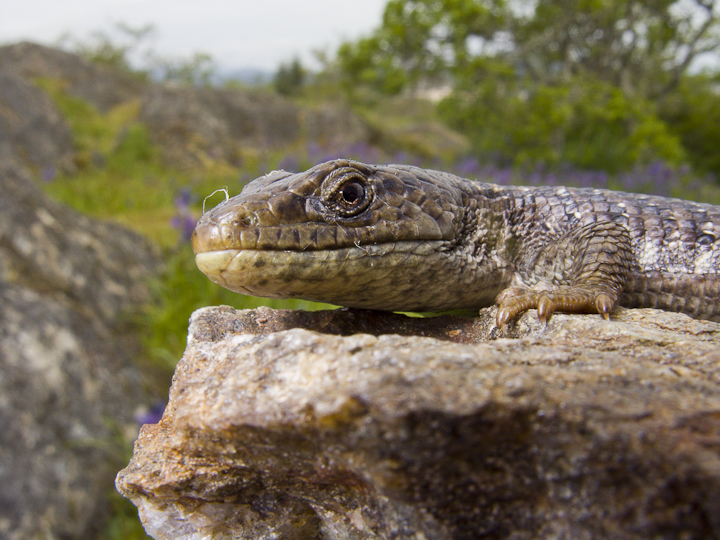 This shot shows great detail of the lizard’s head, as well as the rock outcrop and blooming camas in the background. 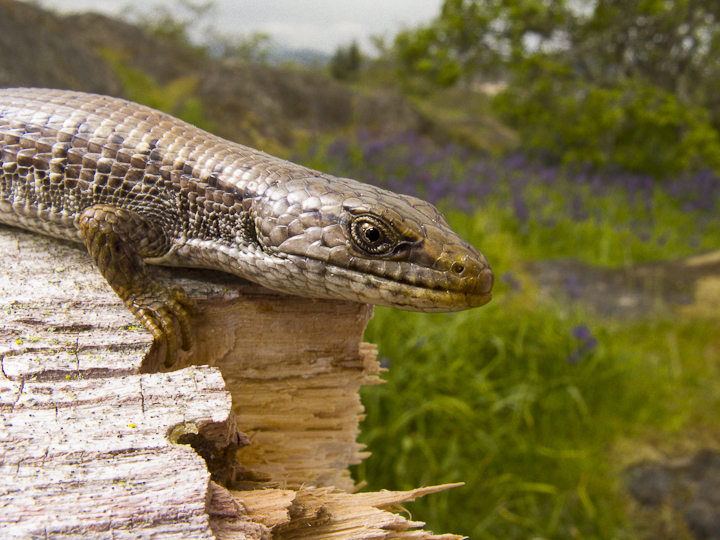 Another shot of the lizard posed on a piece of broken wood. Again, note the detail visible both in the lizard as well as the background. 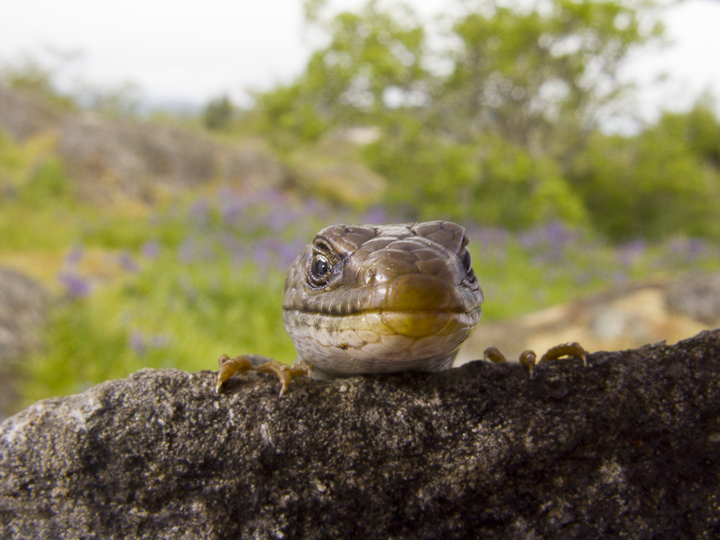 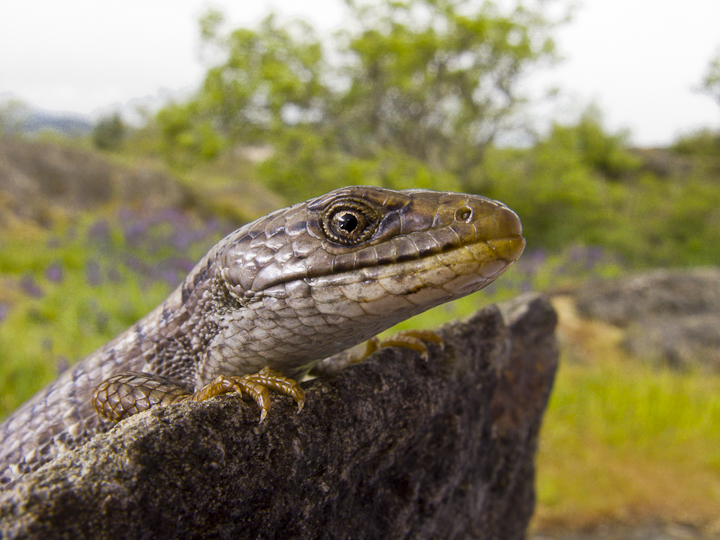 Probably one of my favorite shots from this session, just the face and feet are shown in detail, while both the Garry Oak and camas are visible in the background. So cool! 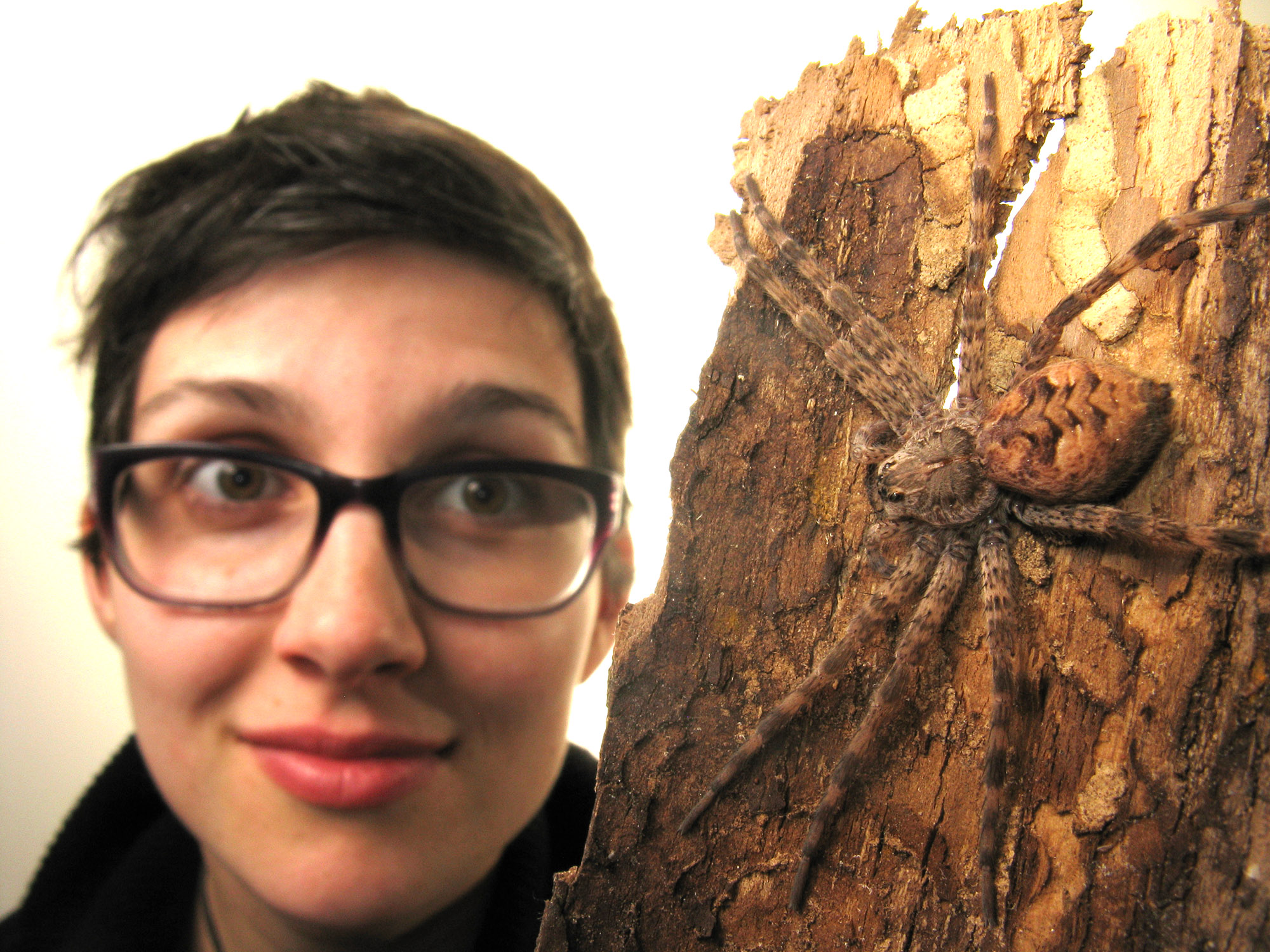 BTW, this camera can also be used for shots like this one, showing Catherine seeming to be dwarfed by a dock spider…

One thought on “Cheapskate Tuesday 29: Alligator Lizards with the A720 IS”