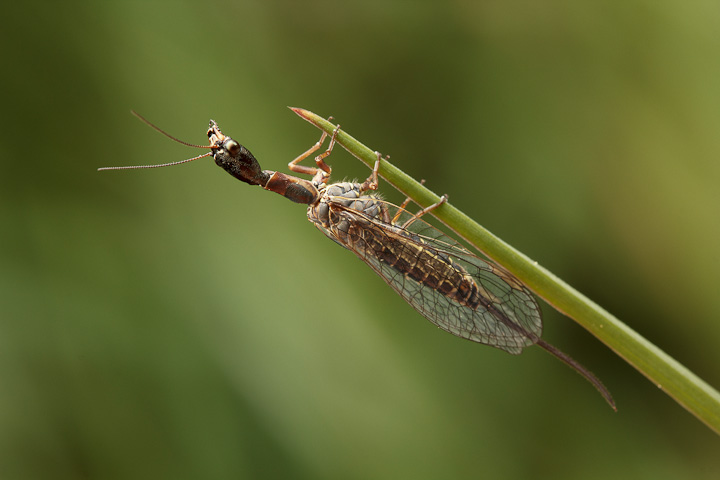 In Victoria last weekend, we were not only attending the Ride for Lyme kickoff, we also spent a lot of time outdoors looking for interesting animals. This is the time of year when the camas is in bloom, the snakeflies are out, and all kinds of marvelous creatures abound. 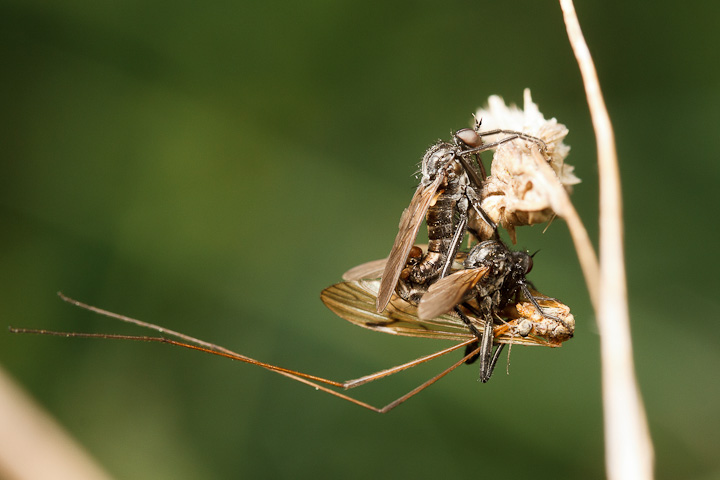 In Beacon Hill Park, dance flies (Empididae) abounded, some of them mating. Here a female snacks on a nuptial gift of a crane fly while the male copulates. 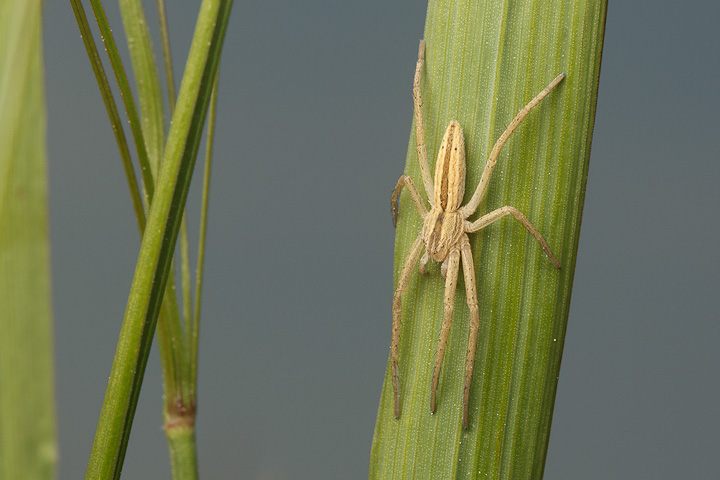 A penultimate Tibellus oblongus waits on the grasses for prey. 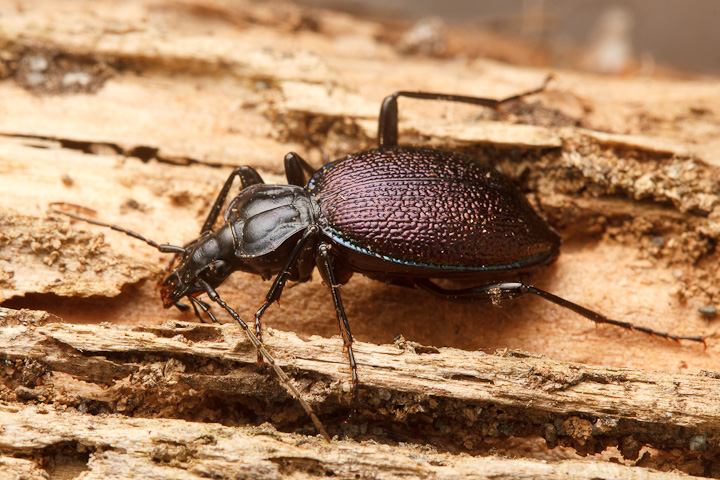 A gorgeous carabid of the genus Scaphinotus on a log at Island View Beach. 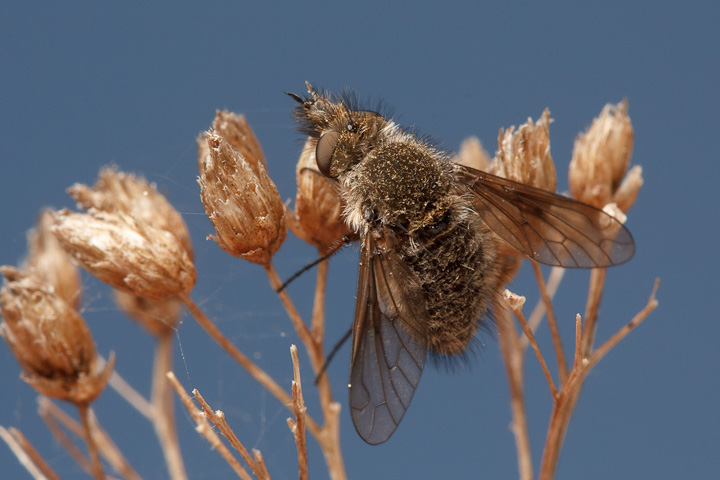 Not much was sleeping on the dead vegetation, but I did find a number of these bee flies (Conophorus spp.) 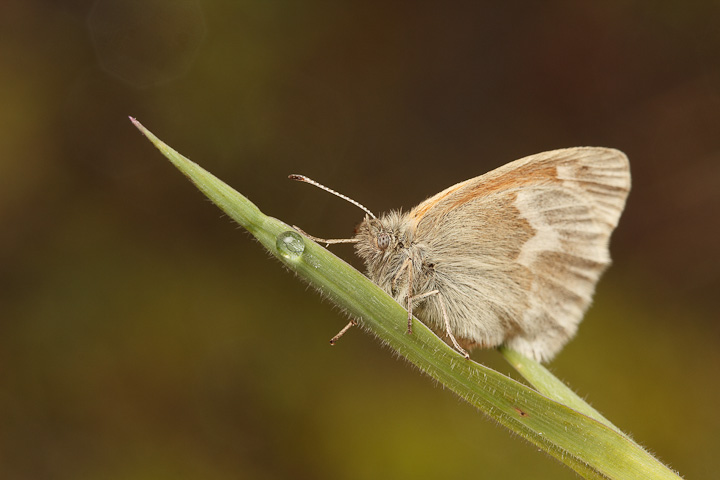 At first, I thought this small butterfly was just a pierid, but on closer inspection it turned out to be a Nymphalid. Erik Runquist on Twitter IDed it as Coenonympha california insulana, our version of the Common Ringlet. EDIT: it turns out this is not so common as the name would suggest. This species is endangered in BC, and is considered Red-listed in the province. 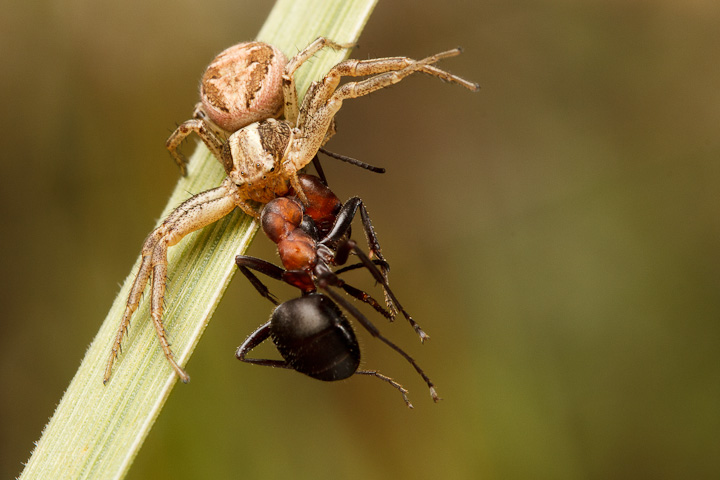 A worker of Formica obscuripes succumbs to a crab spider 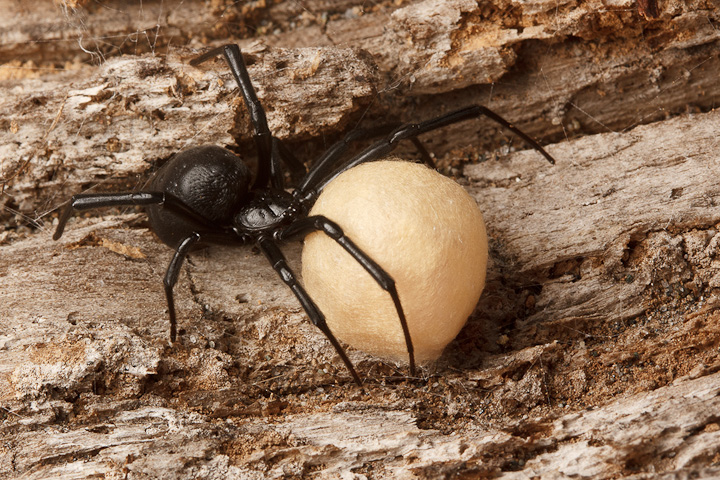 Some of the black widows had modest egg sacs on the go. 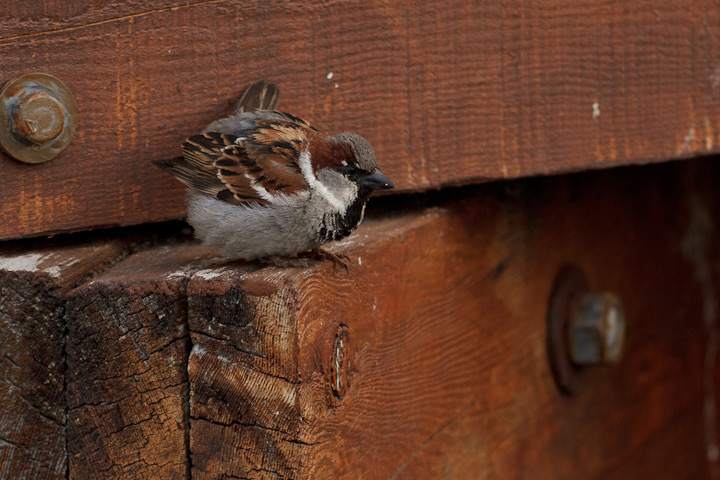 At Ogden Point, a male house sparrow tries to distract me from something. 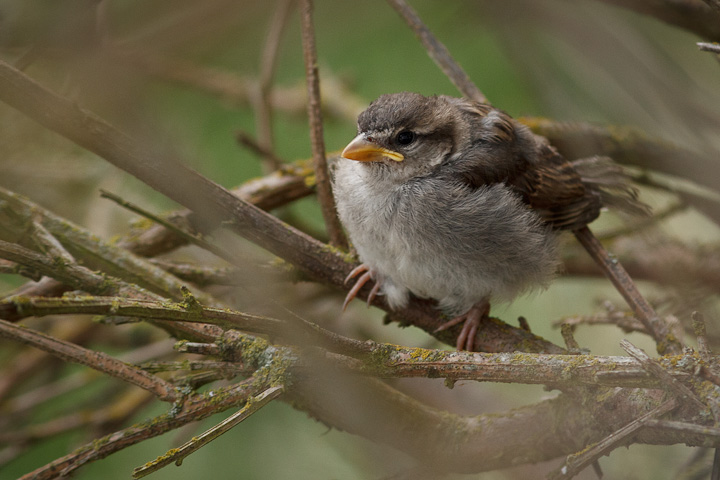 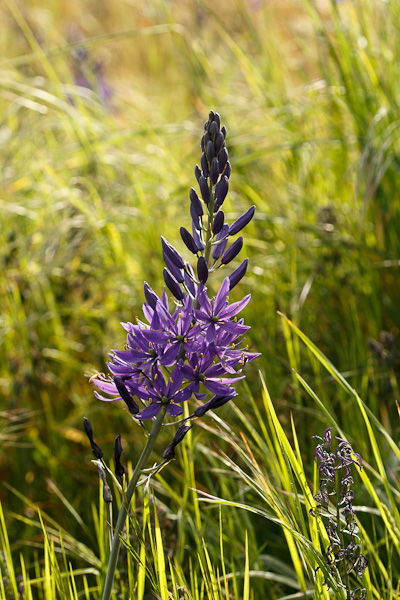 The camas was in bloom, although we were probably a couple weeks late for the full glory. 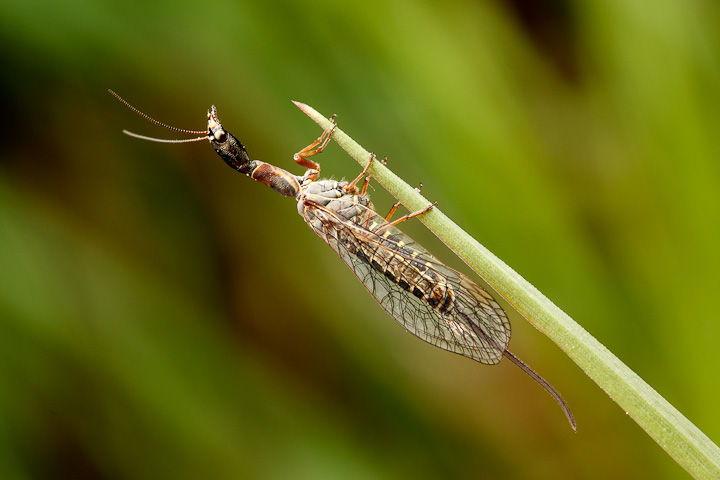 We made a special trip up to Mt. Tolmie to find some of the snakeflies, but managed just to find this gorgeous female. 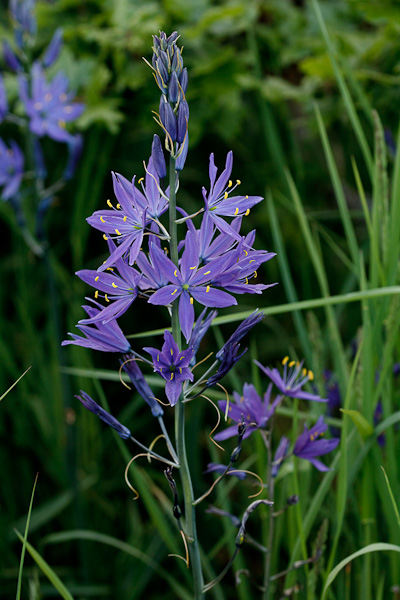 Camas in the evening shadow is quite spectacular. 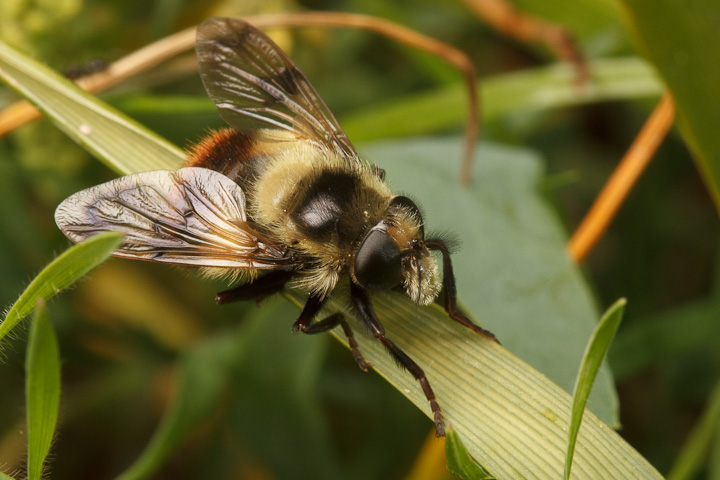 A gorgeous syrphid (Eristalis flavipes) is quite a convincing bumblebee mimic until it lands. 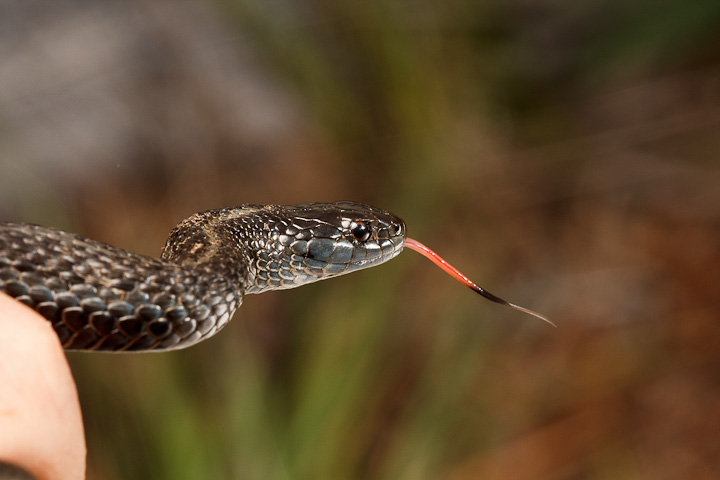 Quite a dark garter snake… 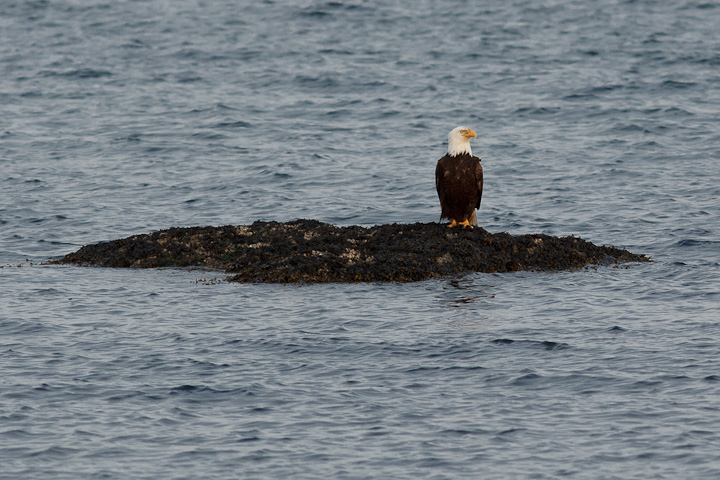 At Cattle Point, an eagle looks out for an easy meal. 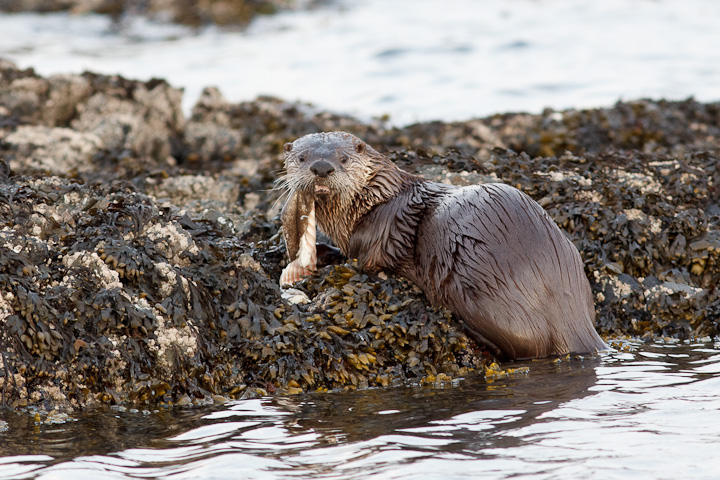 And an otter has found one, in the form of some salmon discards from a fishing boat.

2 thoughts on “Some late spring shots in Victoria”