A female harrier scarfs down her Christmas sparrow.

Vancouver is generally known for its green wintertime conditions, but sometimes we do get a bit of snow. We had a 10-15 cm dump on Friday morning, which made getting around a bit difficult. I was running errands on the weekend, but brought my camera out anyway, and managed a decent haul of bird pictures out in Delta. 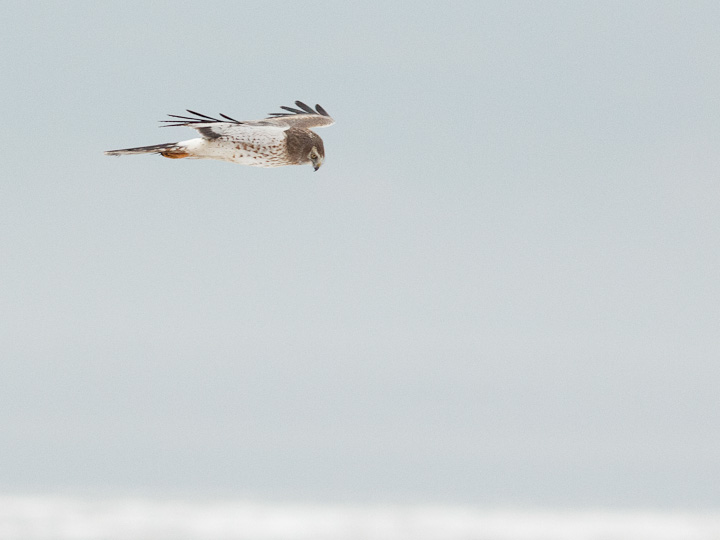 A harrier on the hunt. 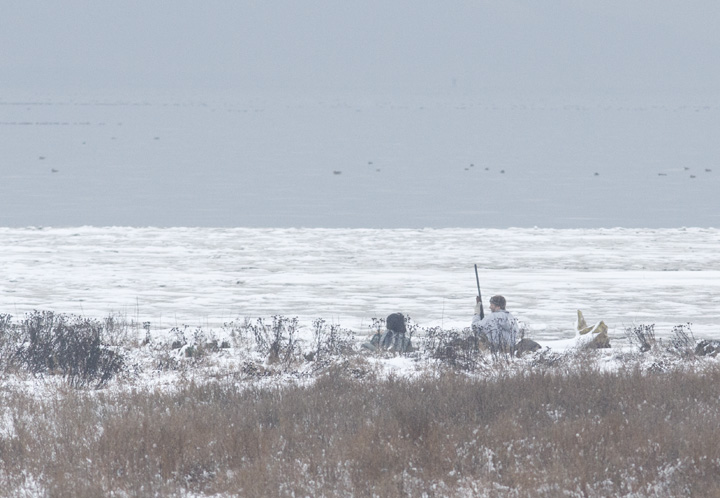 The birds were not the only ones hunting at Boundary Bay, as about 20 people were out on the mud blasting away at ducks with shotguns, It is more than a little ironic that the place is full of signs telling folks not to disturb wildlife, but shooting at them is A-OK. 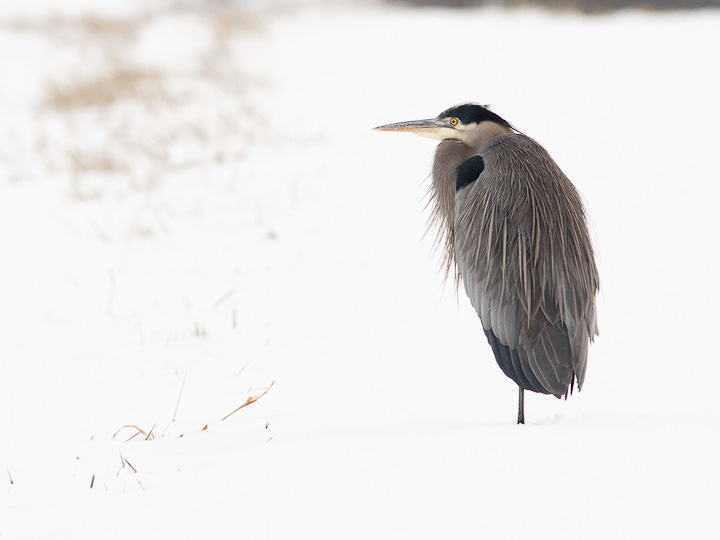 Heron on the prowl for voles. 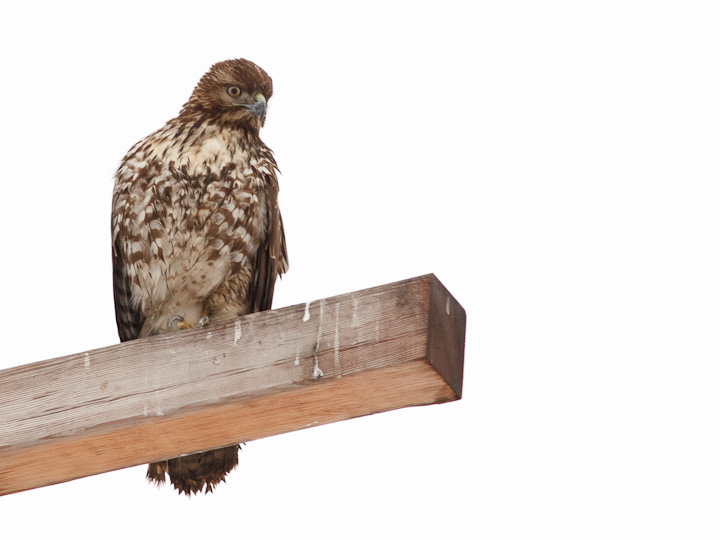 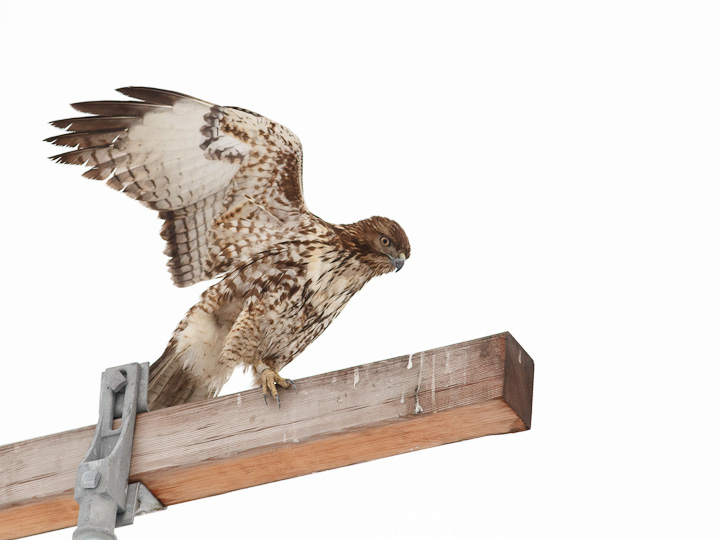 The eagle disapproves, as usual. 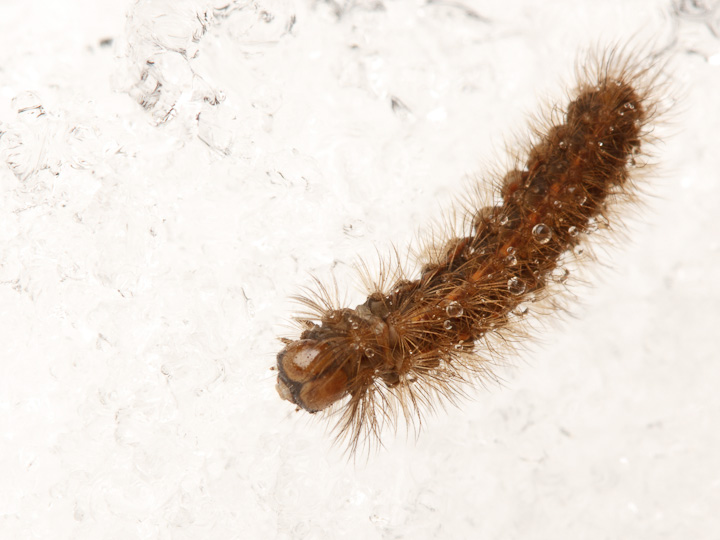 I was a bit shocked to see a live caterpillar moving along the snow, but I figure it may have been dislodged by a foraging bird.