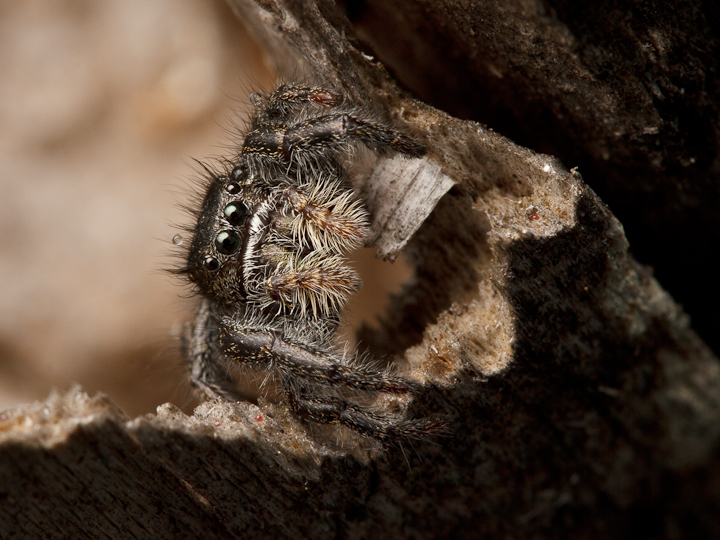 Catherine and I spent our last full day on the Island visiting her field site at Island View Beach. The weather was cool with a bit of rain, and it was a good time to explore the driftwood and dunes looking for arthropods. 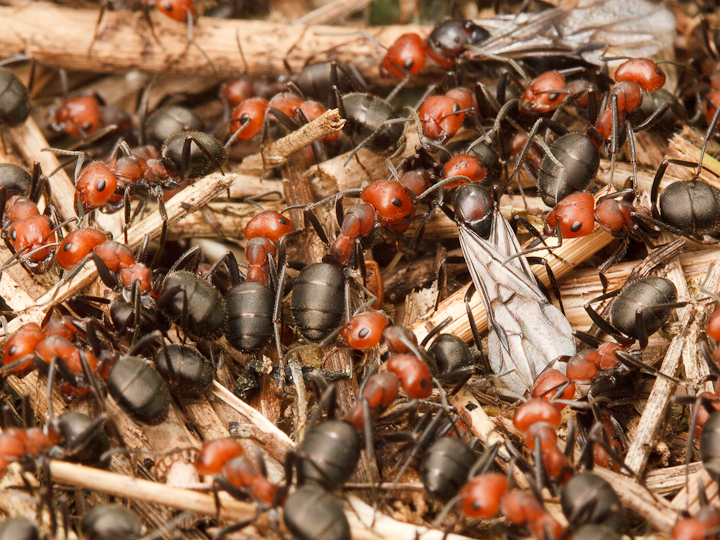 The Formica obscuripes colony I visited earlier this year was busy and seems to have some reproductives emerging. 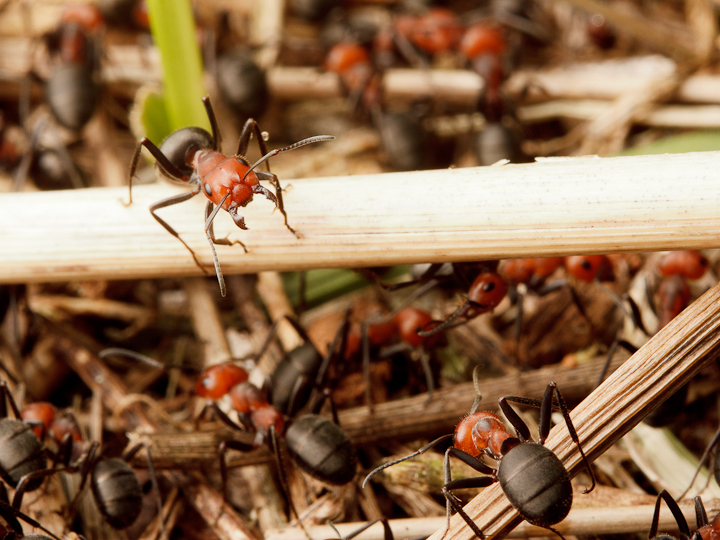 These ants are colourful and charismatic. 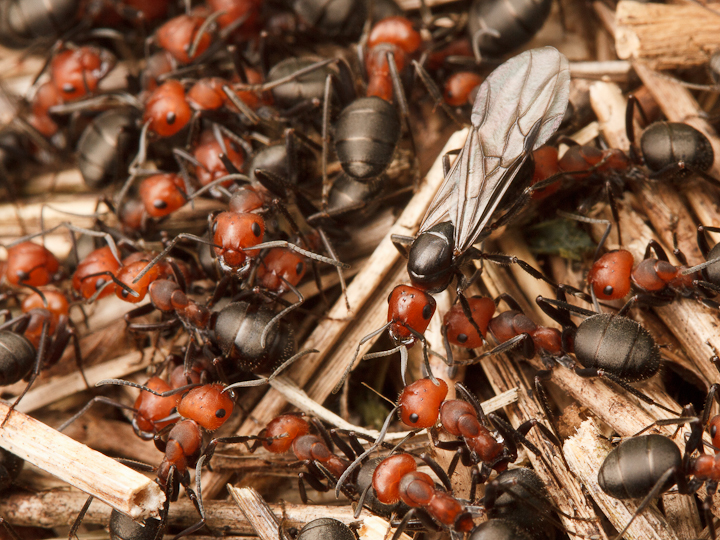 The winged adults were not flying (yet) but seemed ready to do so when conditions are right. 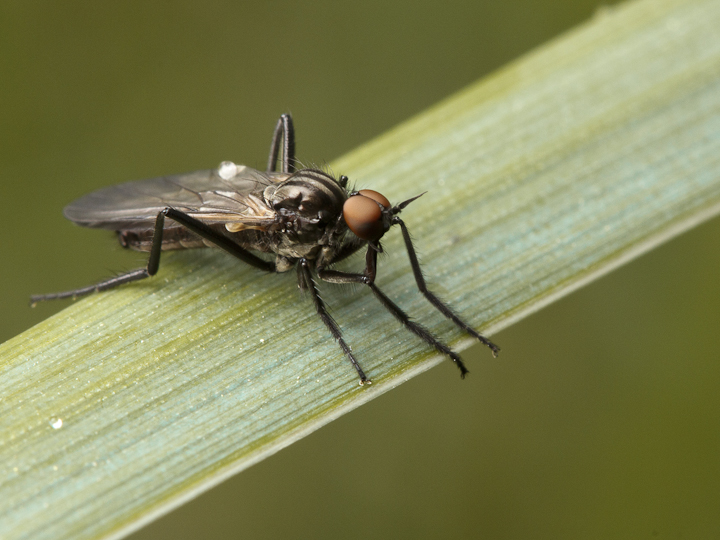 A dance fly (Empididae) waiting on a grass leaf. 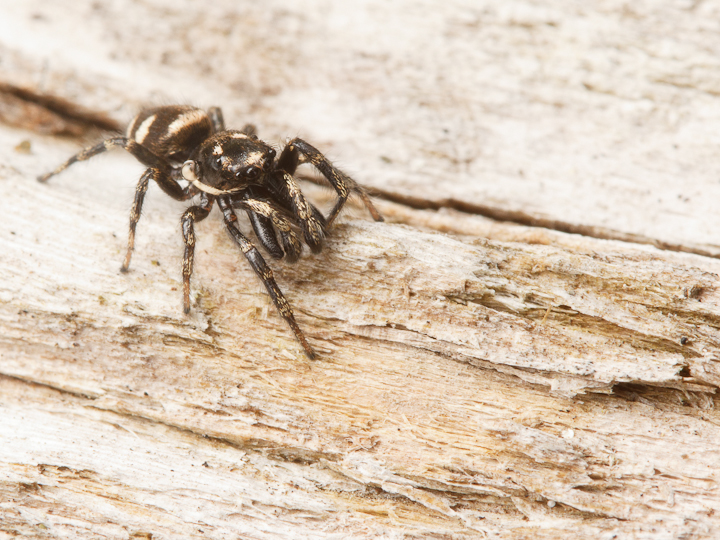 A male Zebra Jumper (Salticus scenicus) scoping around for females. These guys have massive chelicerae! 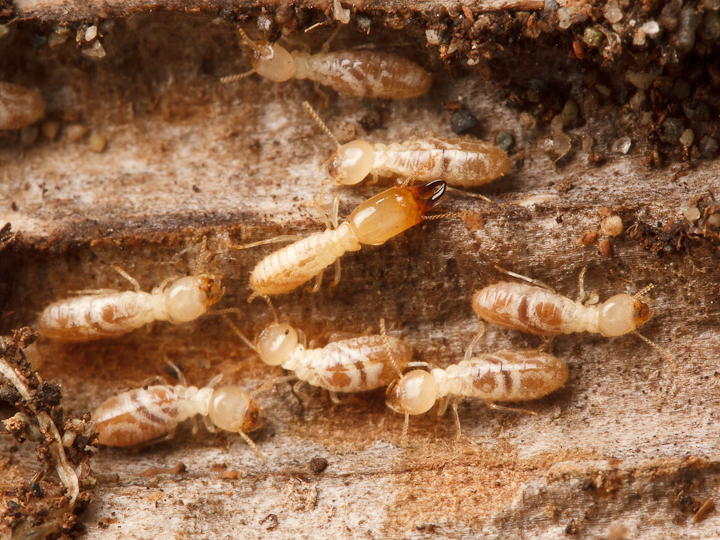 A soldier among workers of the western subterranean termite, Reticulitermes hesperus. 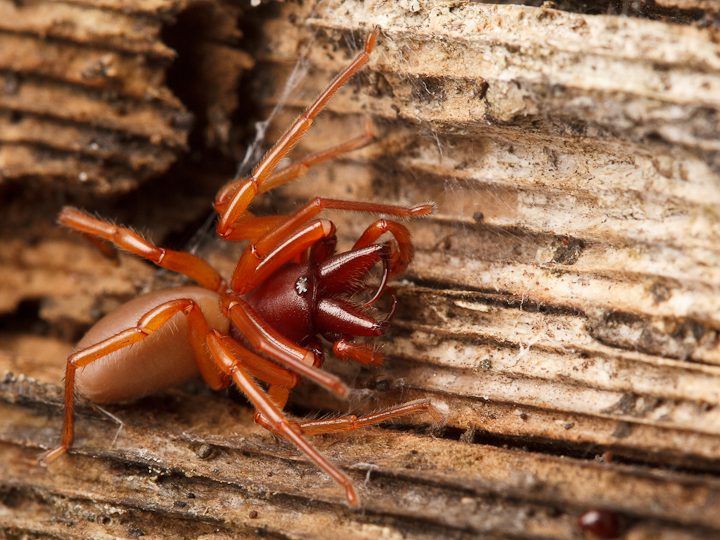 There were quite a few Dysdera crocata hiding under the logs. Catherine and I learned that these can live up to four years in captivity! 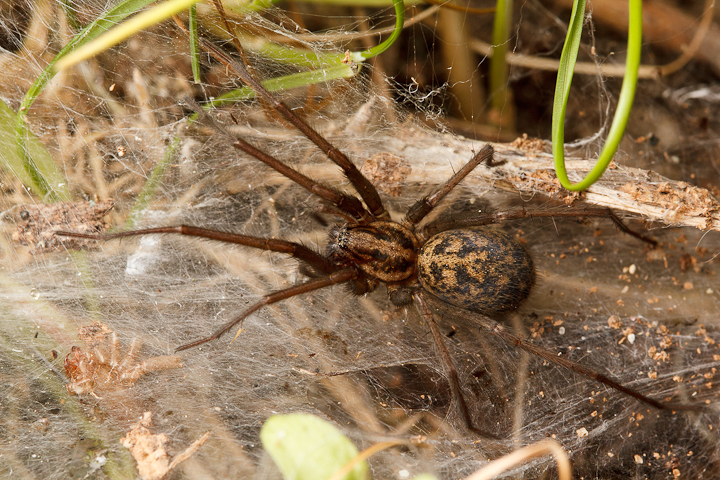 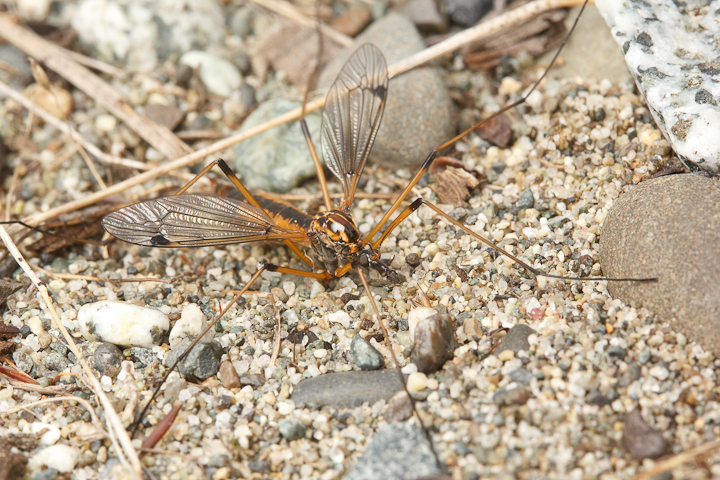 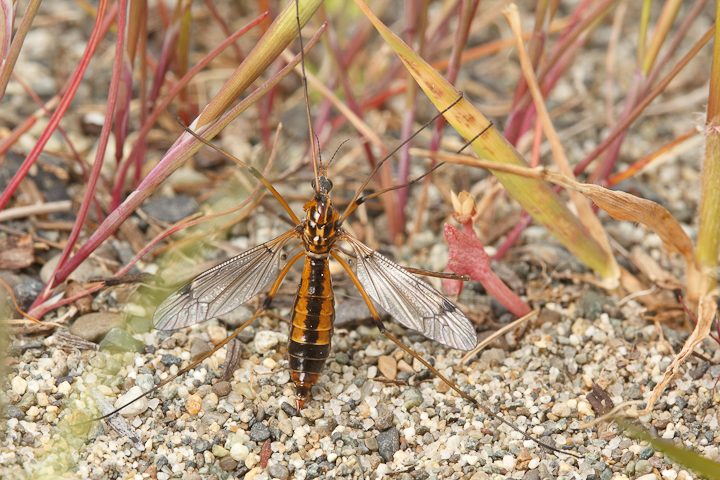 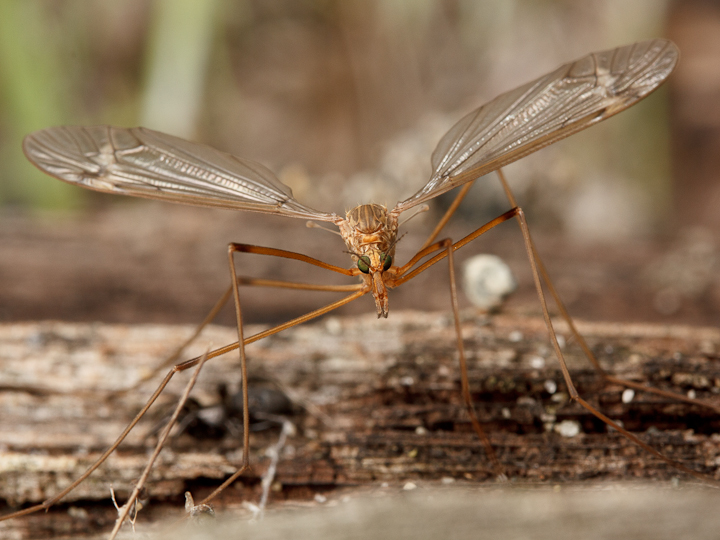 Another crane fly from head-on. 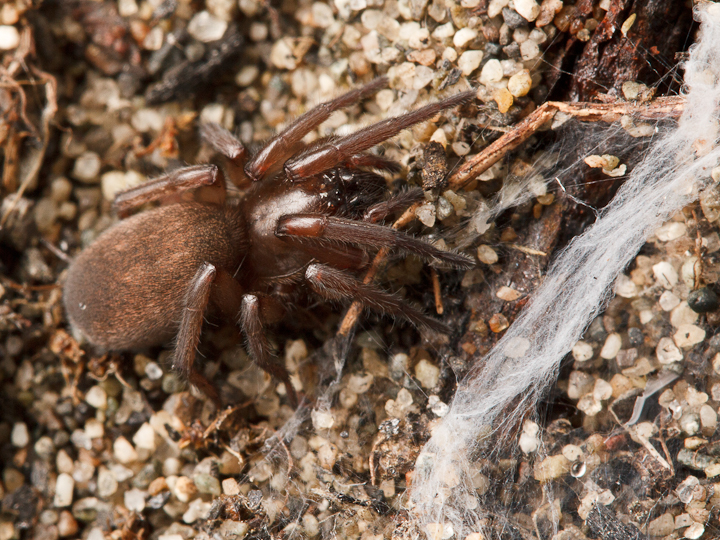 I do not know what this spider might be, and this is the only shot I got…Any ideas? 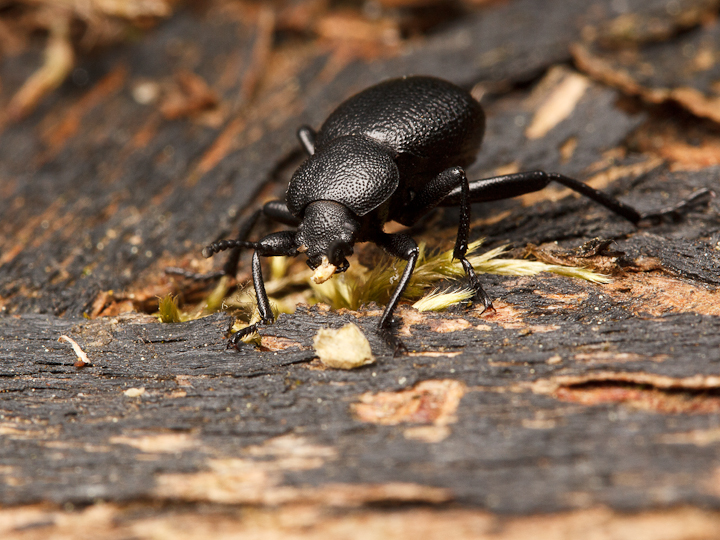 Tenebrionids live a long and presumably boring life. This one is feeding on moss, which I guess is good, but not my favourite. 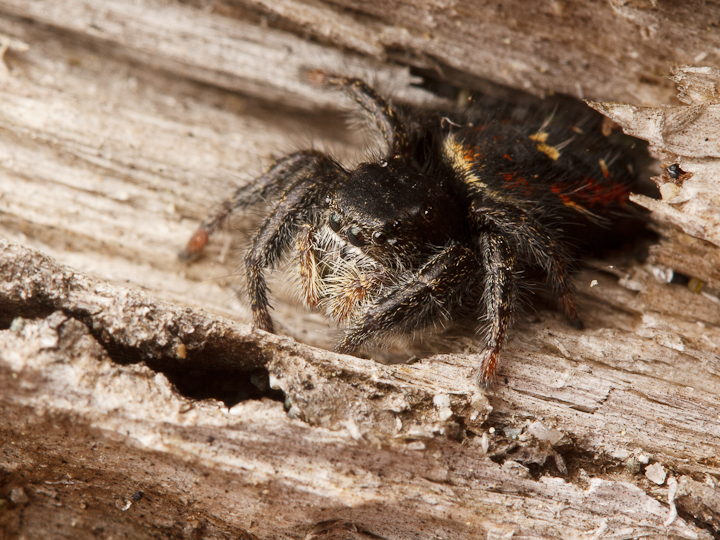 This Phidippus johnsoni was the only other jumper we encountered. The Habronattus were not active. 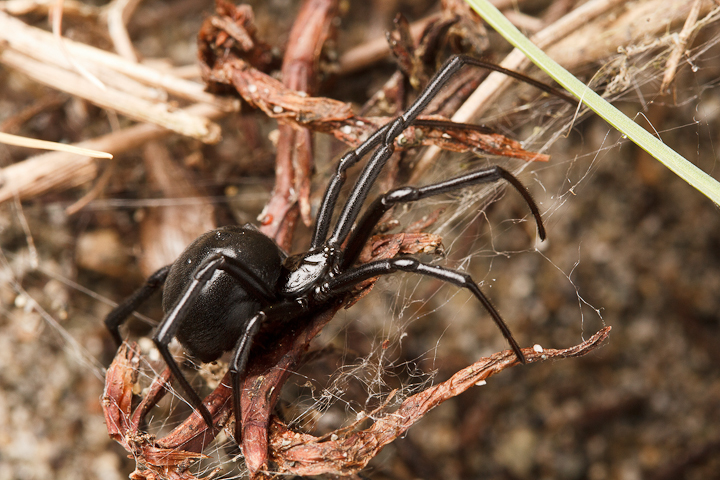 Of course, the widows were quite abundant as usual. We saw many females, none with egg sacs, and no males…Our search was not extensive though. We were hoping to see some of the large overwintered morph males such as the one I encountered last week. 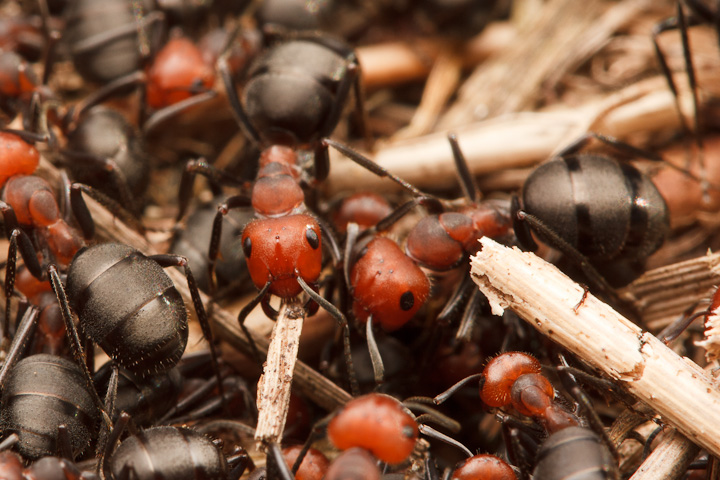 On Friday, on our way to the airport and a meeting with a gorgeous hummingbird, my brother and I stopped quickly at Island View Beach to see what we could see. What we found was a huge number of the Western Thatching Ant, Formica obscuripes (thanks to Alex Wild for the ID!) emerging from their mound, engaged in foraging and perhaps a little spring cleaning. This colony was out in full force, quite different from  later in the season when the workers are travelling far and fast on foraging trips. All these workers out on top of the mound were truly an impressive sight. 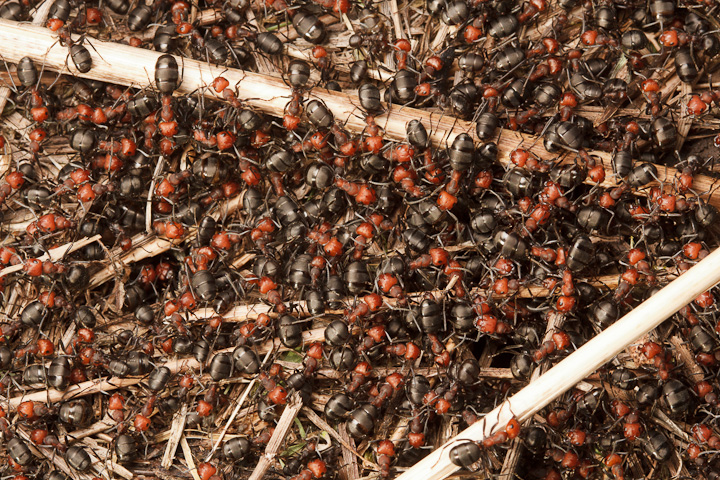 En masse, they were gorgeous and impressive. 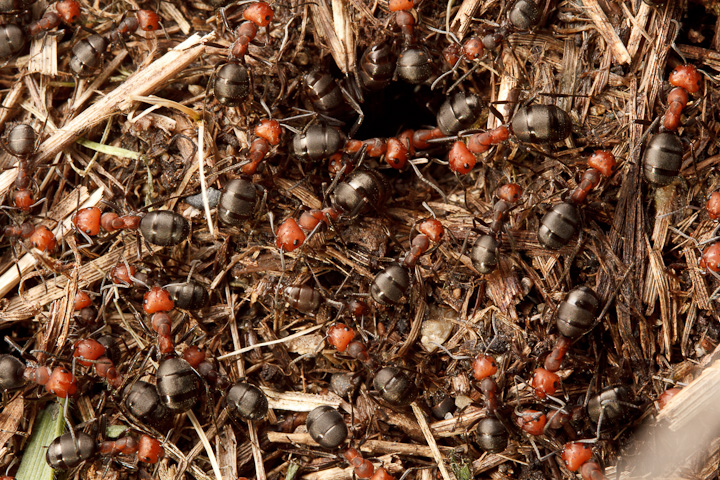 These ants uses “thatch” on the roof of their mounds, so many of them were dragging bits of dried grass stems to the top. 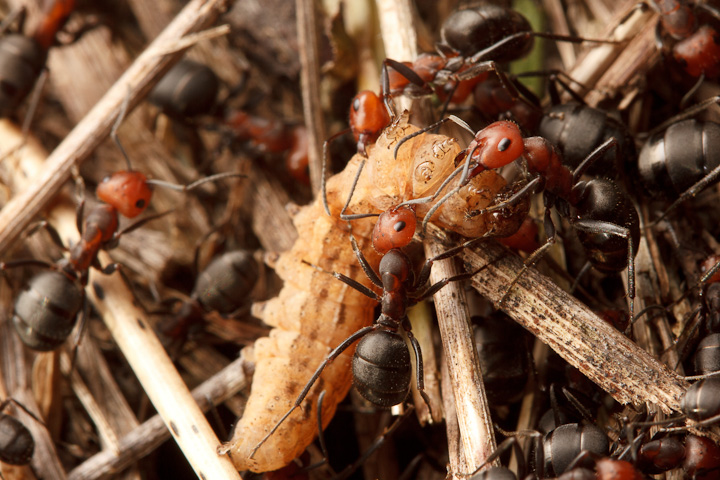 The only prey item I saw was this unfortunate noctuid caterpillar being dragged in for dismemberment. Does this mean there is already brood? 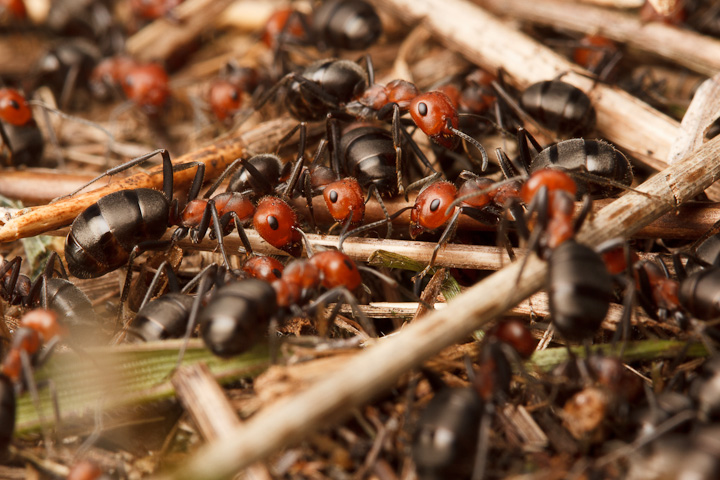 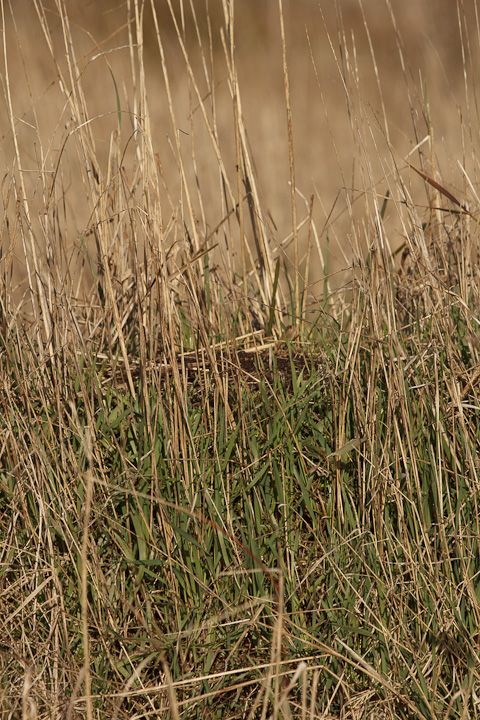 The mound from a distance. The black bit at the top are the ants! 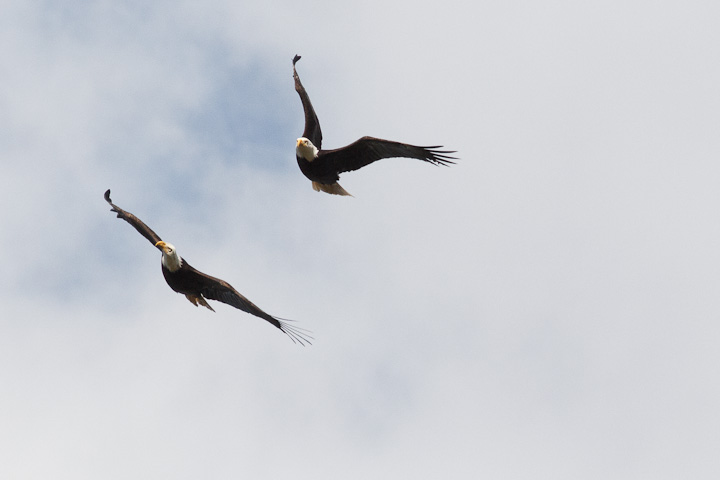 The skies above were also worth noting, with these two eagles providing some exercise for my long-lens skills. 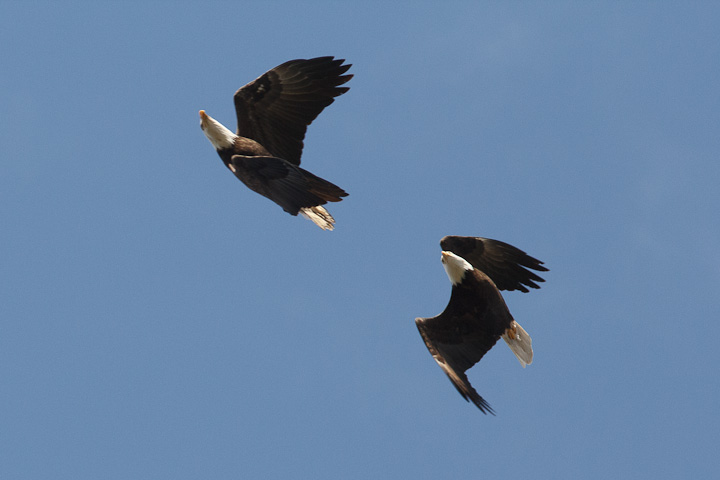 This is how you get a strained neck!