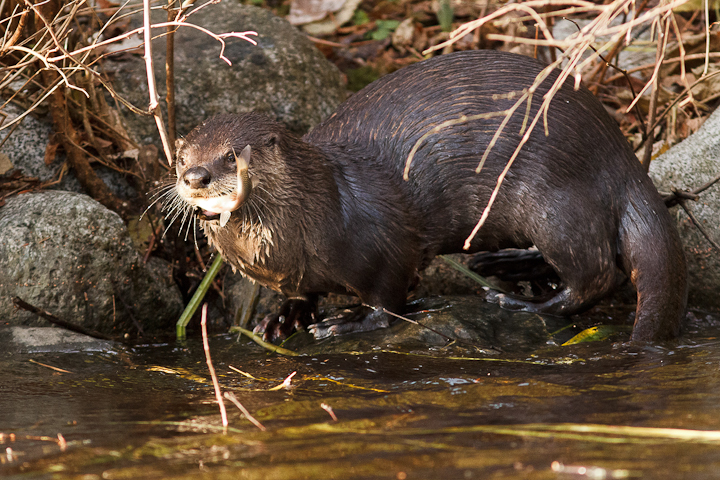 Vancouver is known for hockey riots, the North Shore mountains, and cheap sushi. The last of these items was on the menu yesterday at Stanley Park’s  Lost Lagoon, where I found a group of  river otters at an all-you-can eat buffet. 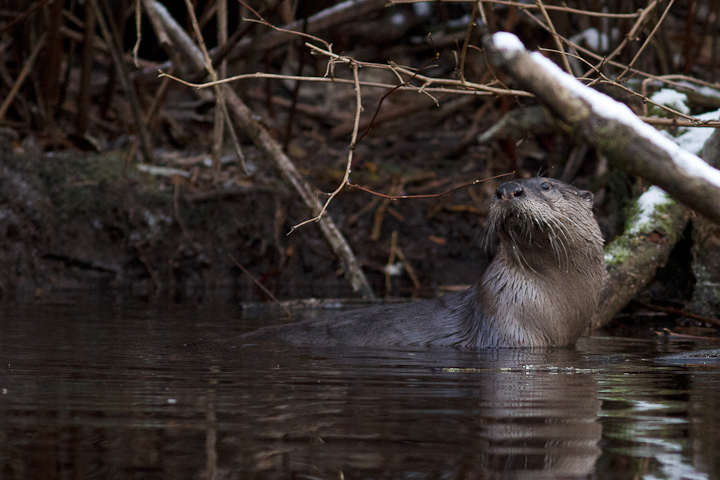 When I saw the first otter, I thought it was a beaver, as it was swimming around the base of the beaver lodge at the west end of the lagoon. When it popped its head up, I realized my mistake. 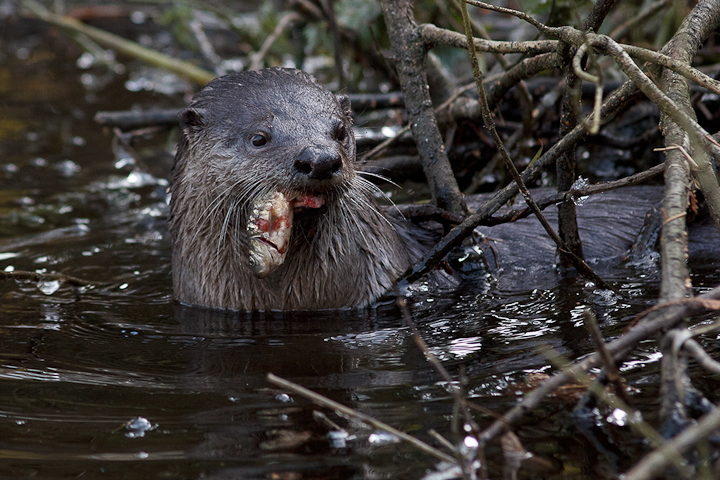 I found two otters here, both of them feeding on small Common Carp (Cyprinus carpio), an introduced species common in Lost Lagoon. 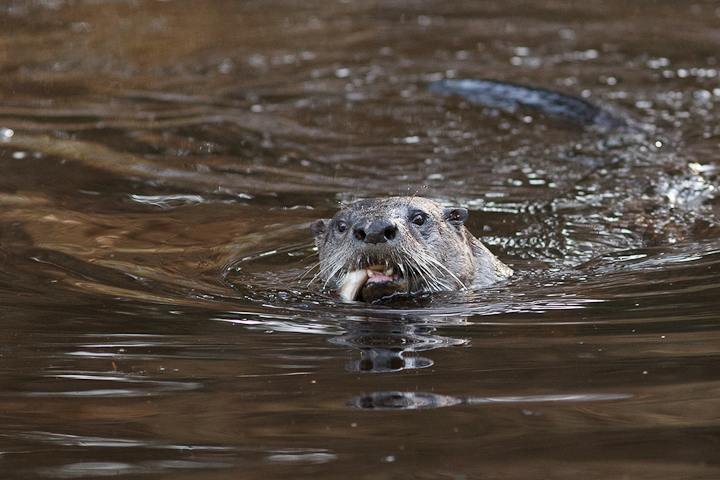 Both of these otters seemed to be pretty rapidly catching the fish, and were consuming them at a great rate. 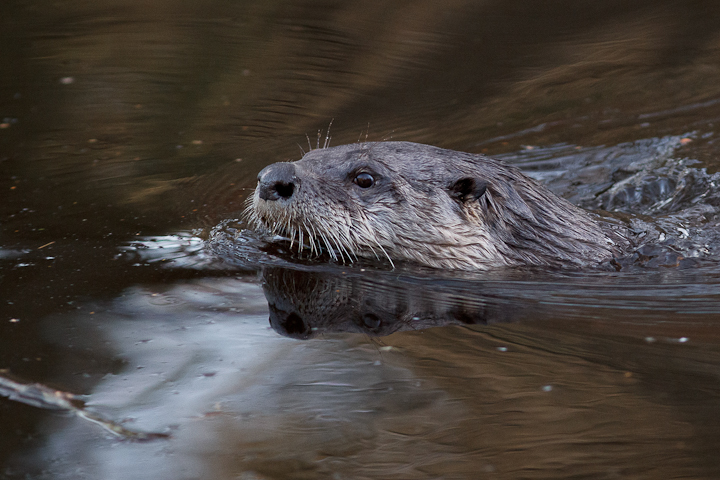 After a short time, a small crowd had gathered to watch the otters at work. 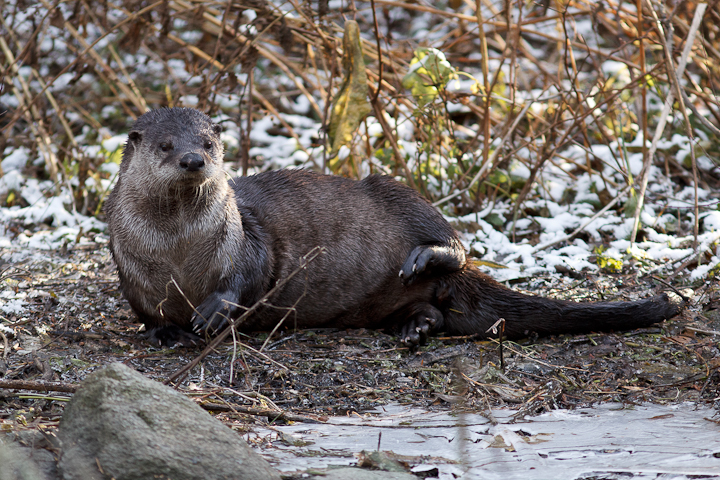 One of the otters came up on the far bank. 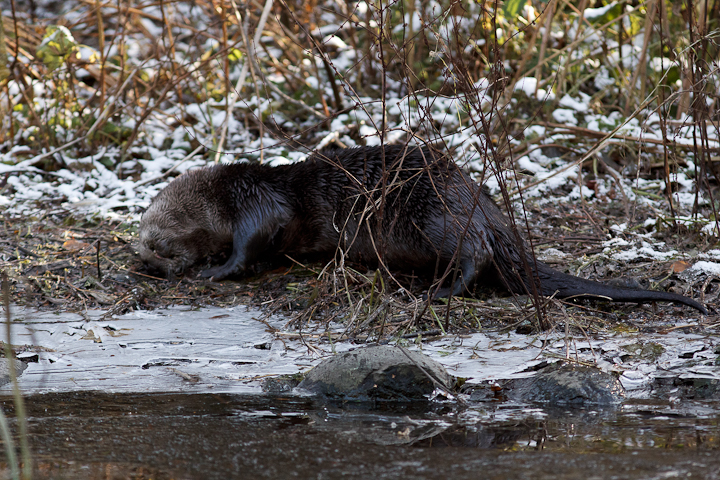 I was not surprised to see it engage in a little rolling and scent marking, something I have seen and written about before. 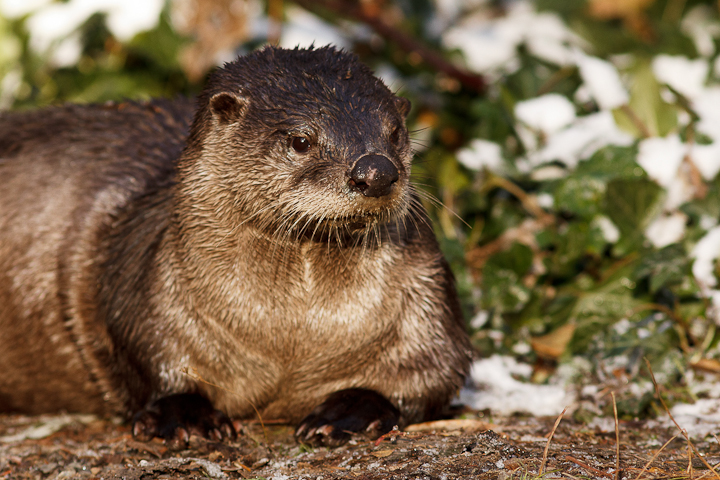 Then the second animal emerged on the same bank I was standing on (about 3 m away!) 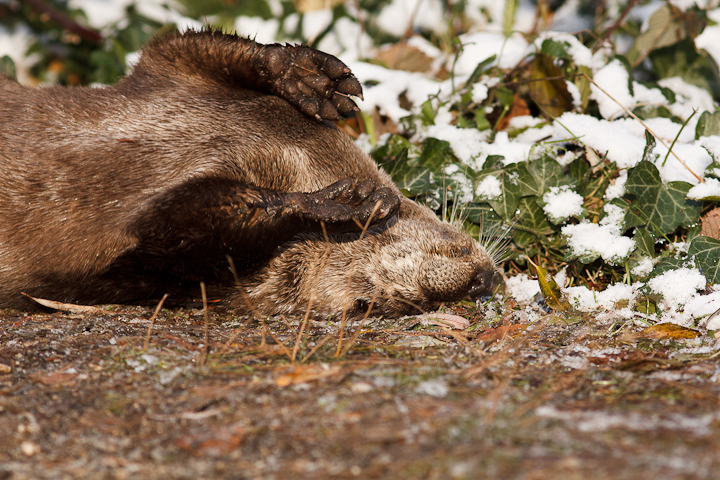 It too did some rolling around! I could not get the whole otter in frame due to its proximity. 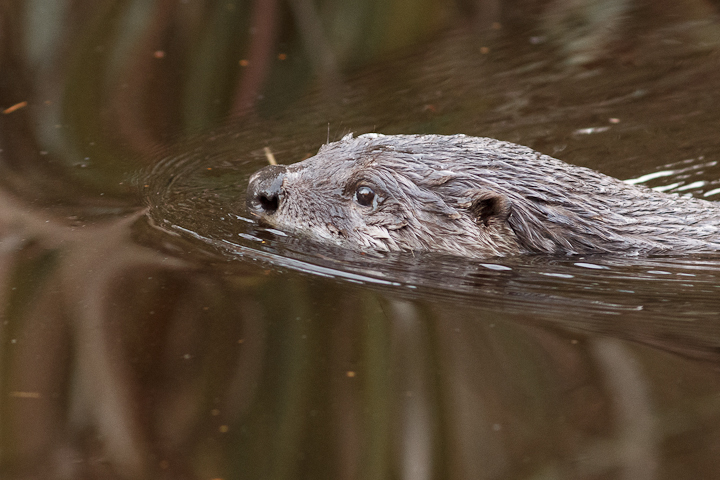 After a short time, bot otters swam west, upstream into the sun. There, they joined up with some more otters I had not noticed previously. Now there were at least 6 otters in total. 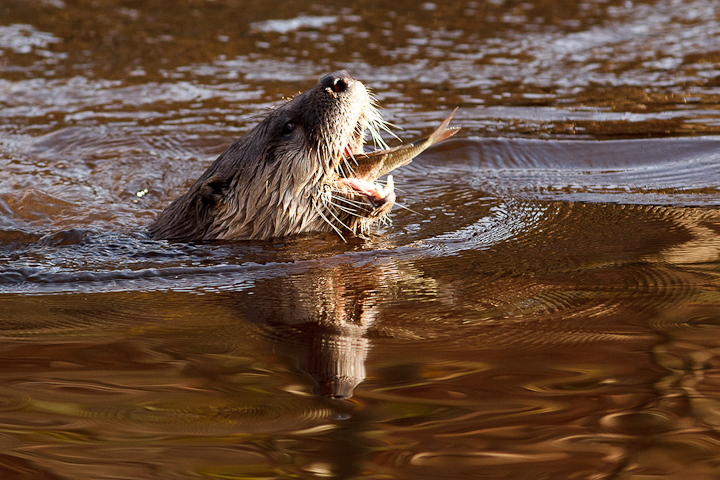 Here too the otters were feasting on carp. They seemed to be very successful, coming up with a fish only seconds after diving. I was beginning to suspect that the recent cold snap may have debilitated these young carp. 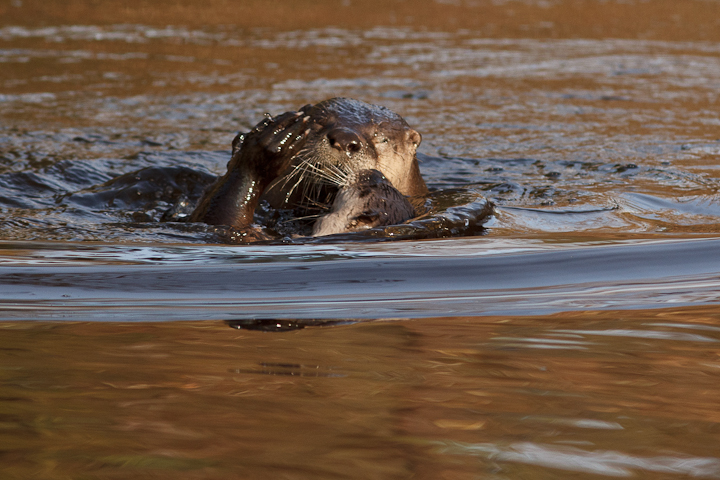 Here are a couple shots of a social interaction, which looked more like playing than true aggression. 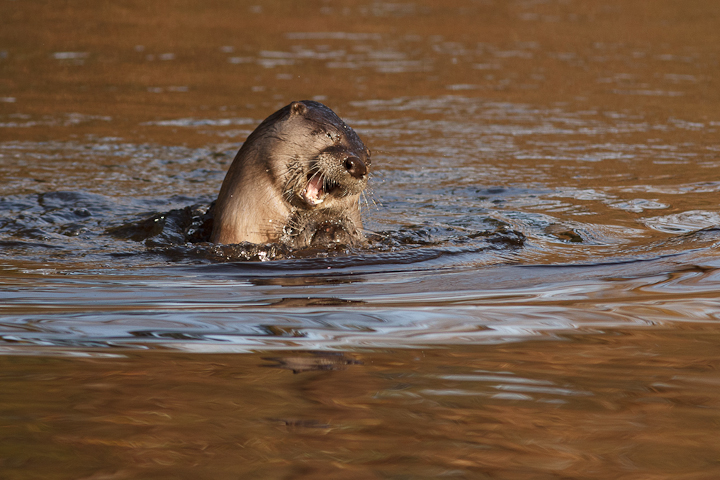 In the previous aggressive interactions I have seen, the otters vocalize. These ones were quiet. 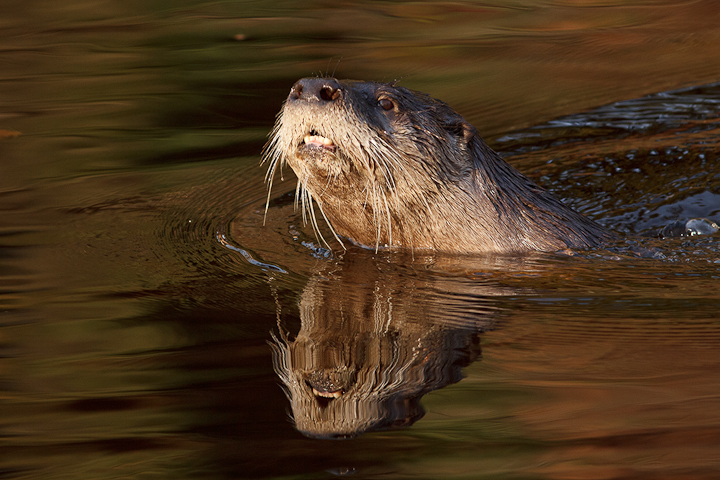 I watched the otters fish for a couple hours. In that time, I lost count of how many fish were being eaten. 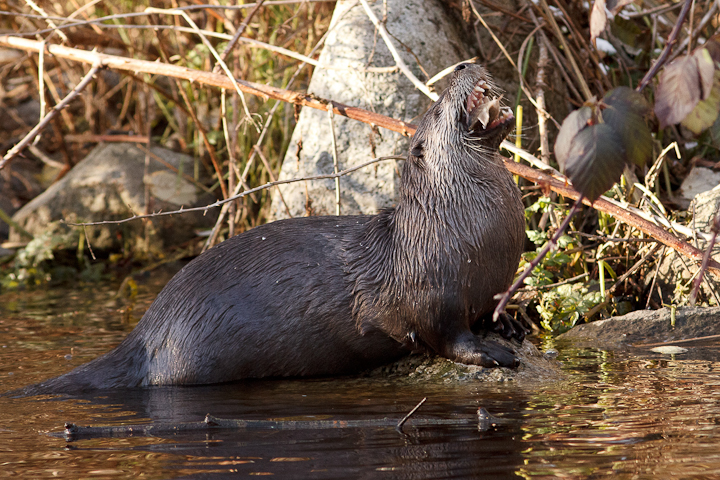 The otters ate rapidly as well, and you could hear the bones break as they hacked into the fish with their teeth. 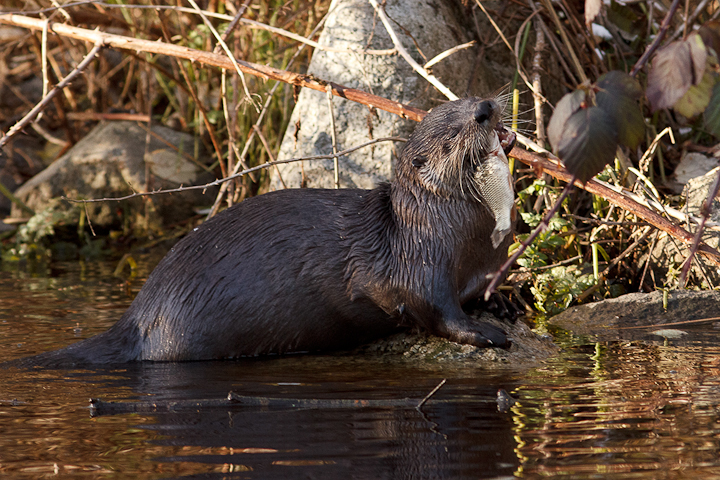 They seem to close their eyes as they eat, probably an adaptation like sharks have when putting their face close to potentially dangerous prey. 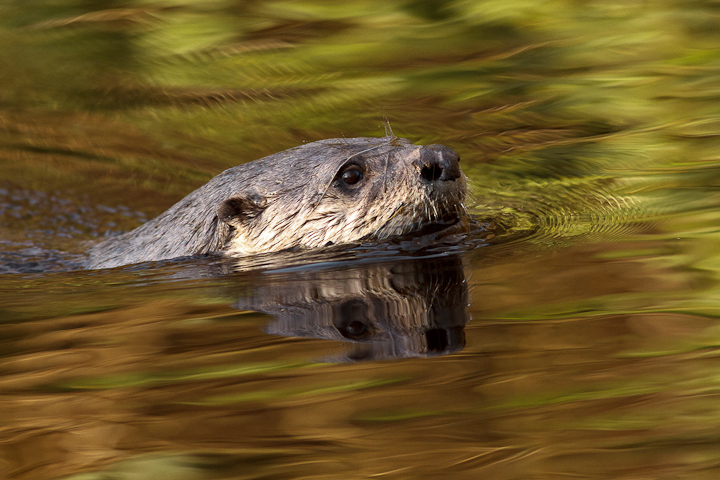 As the sun started getting low on the horizon, the otters headed east toward the lagoon proper. They probably den elsewhere, perhaps in the harbour. Overall, this was the best photography session I have ever had with otters, and I was so glad I came to the park when I did. To see some of these shots at a larger size, click here. 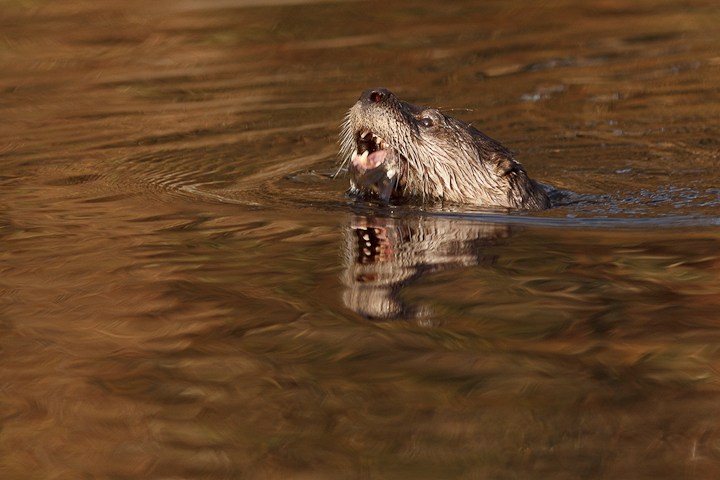 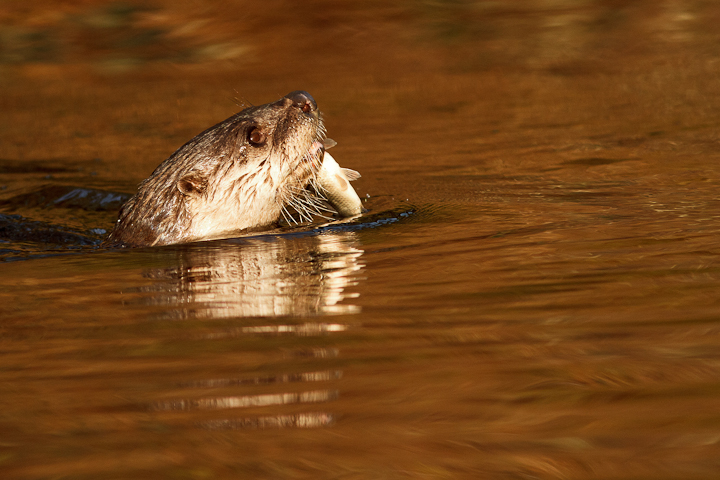 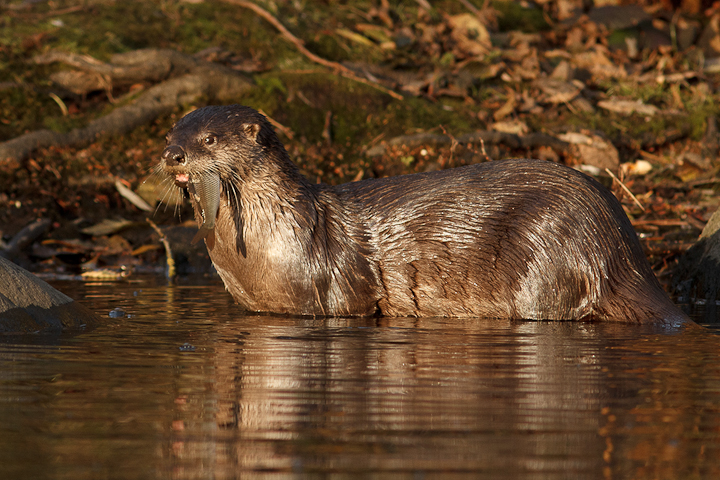 One thought on “Weekend Expedition 60: Feast of the otters”