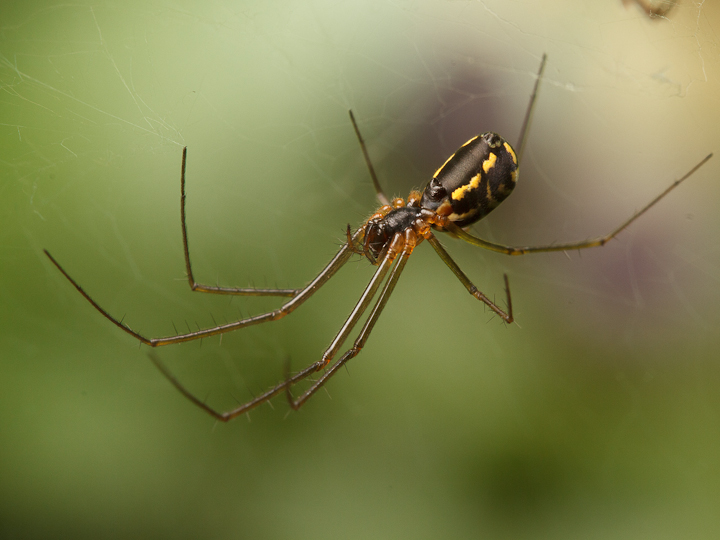 This past weekend, The Spider Crew (Sam Evans, Catherine Scott, Samantha Vibert and Gwylim Blackburn) and I set out to find an elusive and rare gnaphosid in the vast wetness of Burns Bog. Gnaphosa snohomish is supposed to be the only peatland specialist gnaphosid in Canada, and was a great reason to go out to the bog. 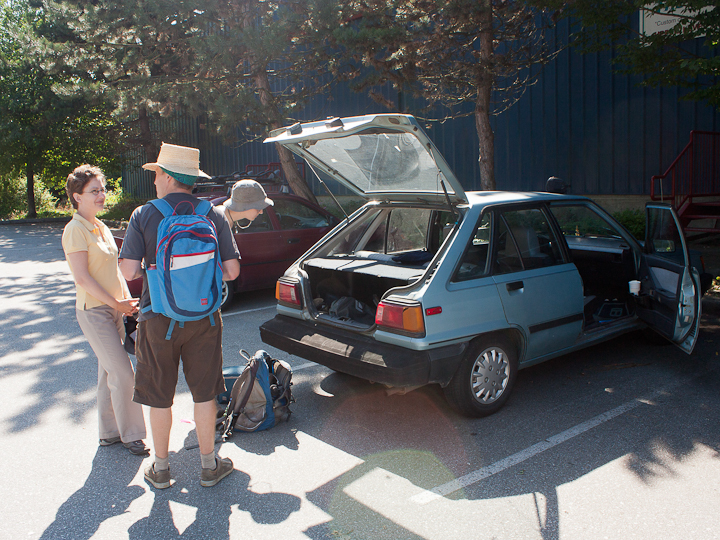 Believe it or not, we all piled into Daisy, a 1984 Toyota Tercel on loan from Sofi Hindmarch. Yeah, it’s got a hemi! 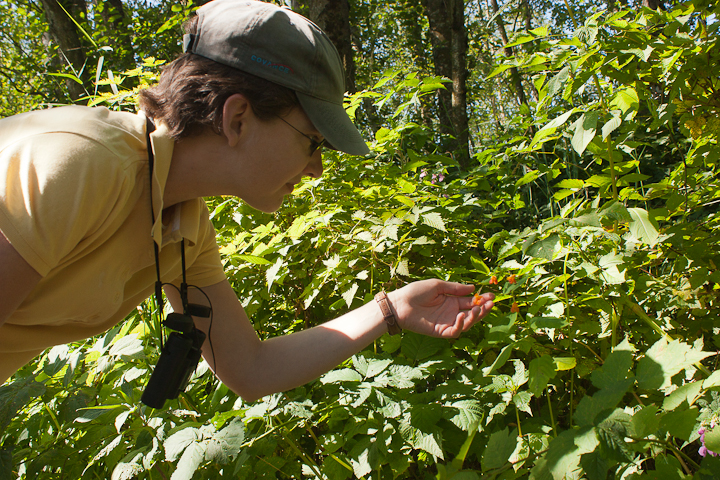 Samantha examines some riparian flowers on the walk in. 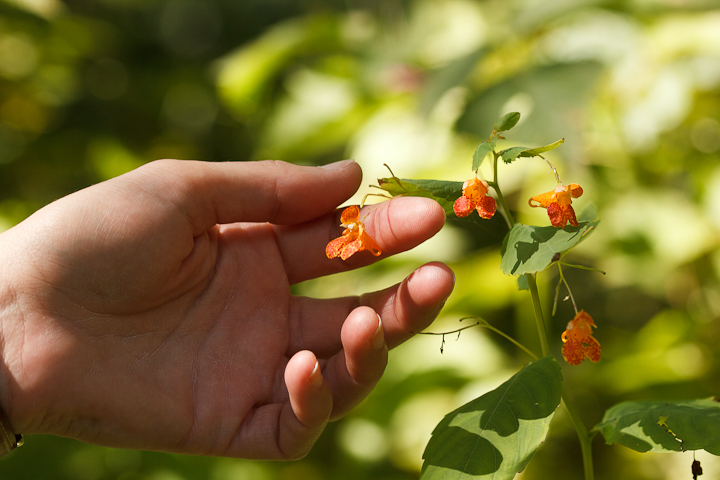 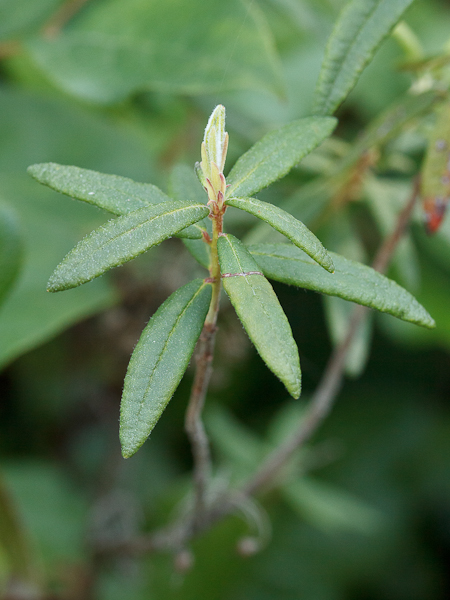 The Labrador Tea was fragrant and abundant. 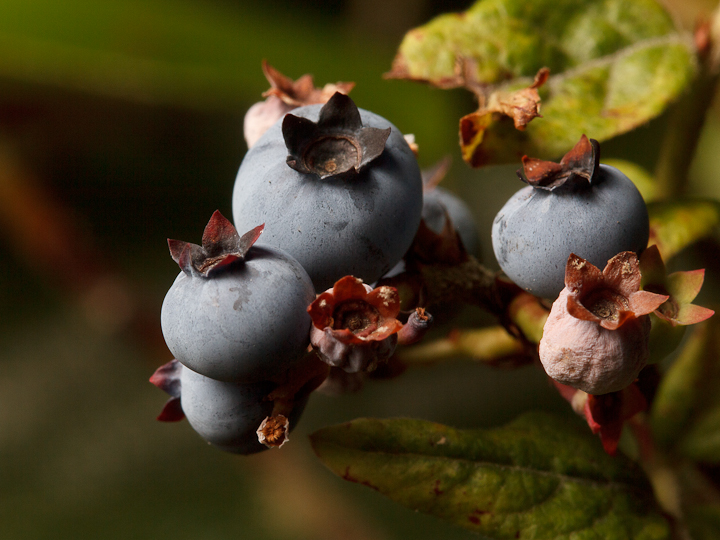 The wild blueberries were in full swing! 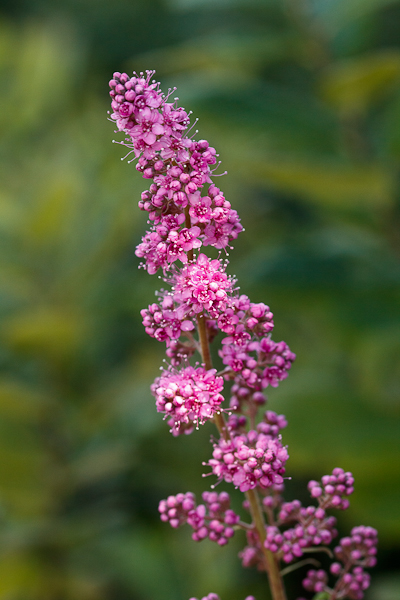 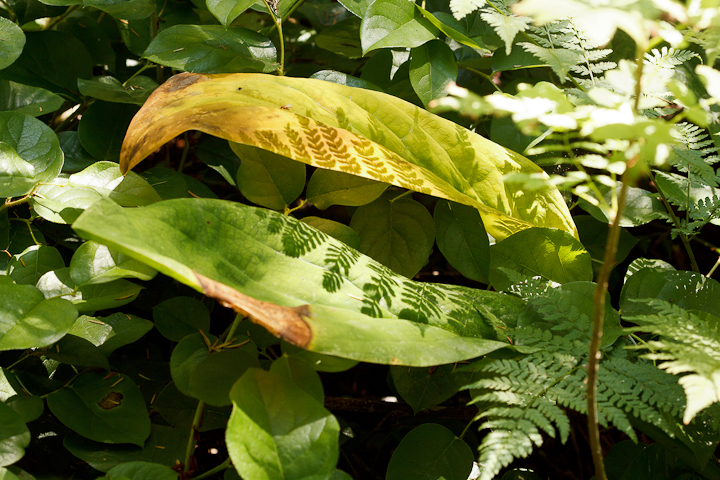 I liked the way the fern was projected on this skunk cabbage. 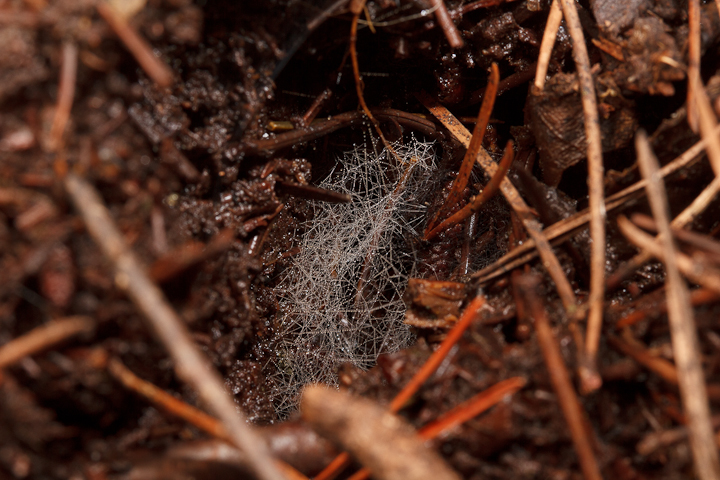 In the bog proper, there was evidence of spiders. This belongs to a Hahniid, which Catherine will cover in an upcoming post. 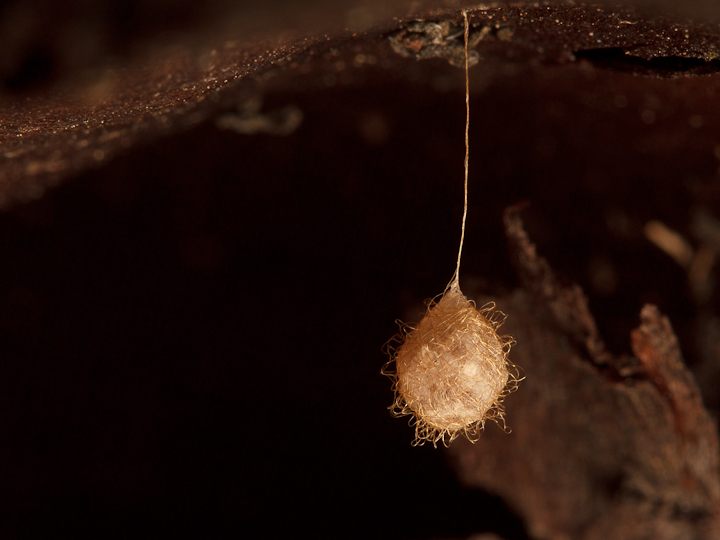 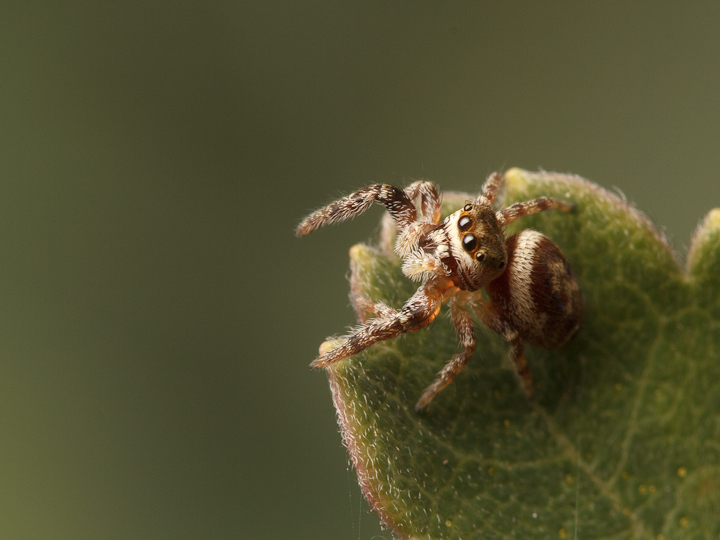 Sam managed to find a jumper on some blueberries. 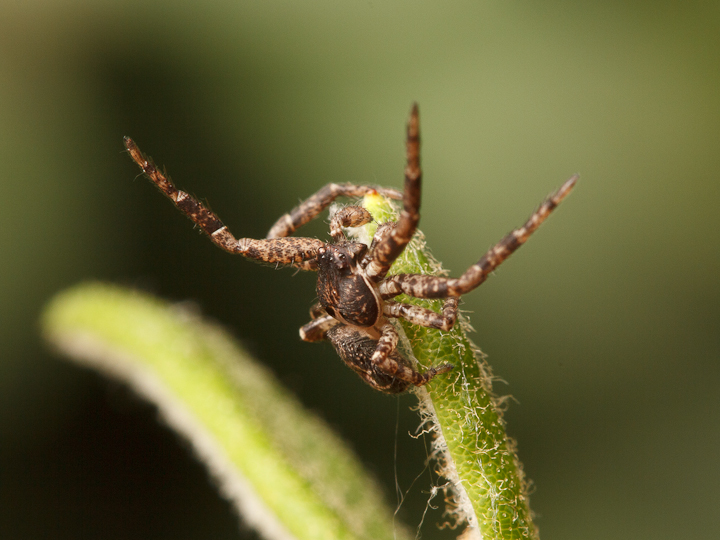 and a crab as well.

Under the trees, in rotted logs, amaurobiids were common. 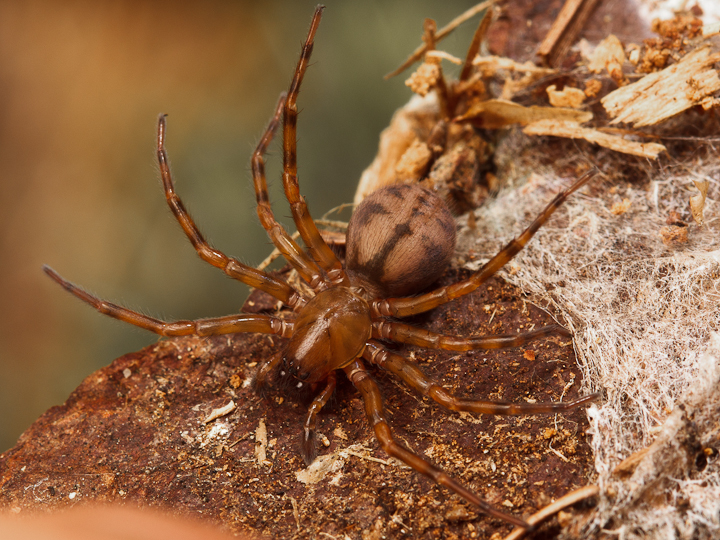 Interestingly, they seem to show a curious “legs up” posture when blown on. We had seen a similar reaction among Ctenids in Honduras. 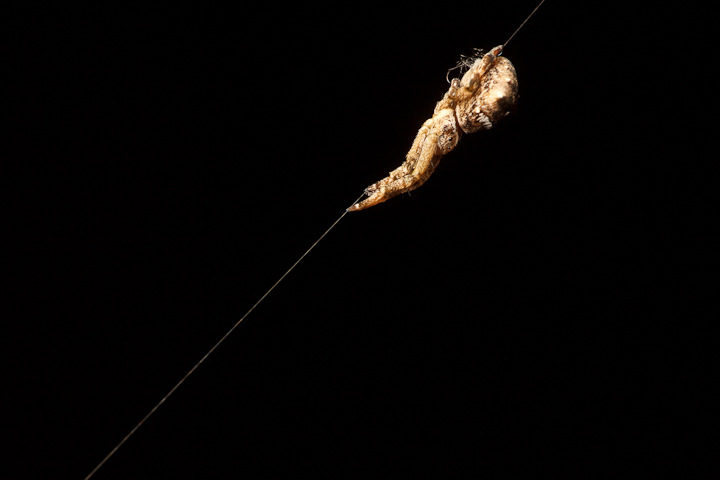 An Uloborid with its amazing silk trap set. 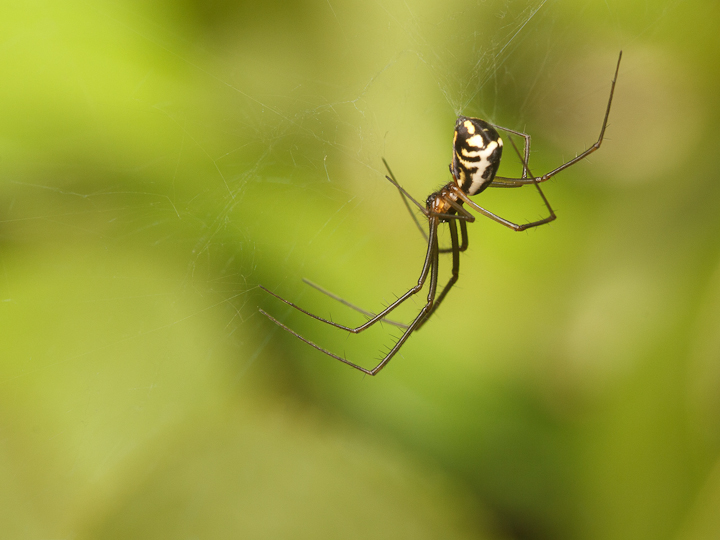 A gorgeous linyphiid on her web. Check out her weird epigynum! 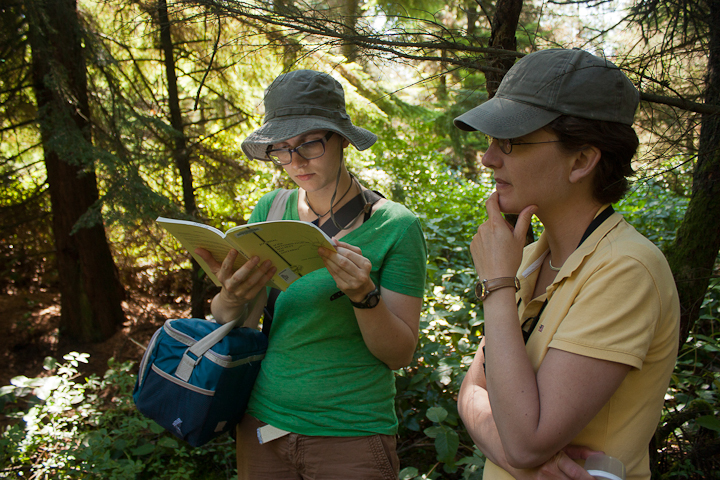 Our hunt was turning up nothing gnaphbosid like, so we stopped for lunch. 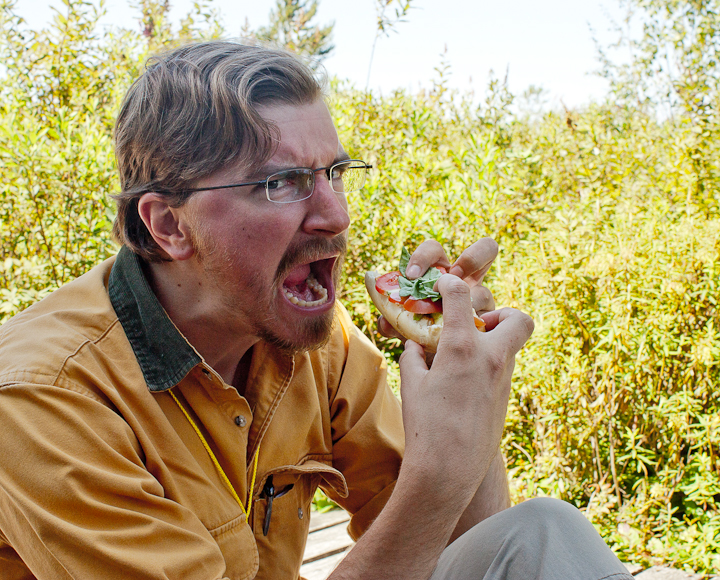 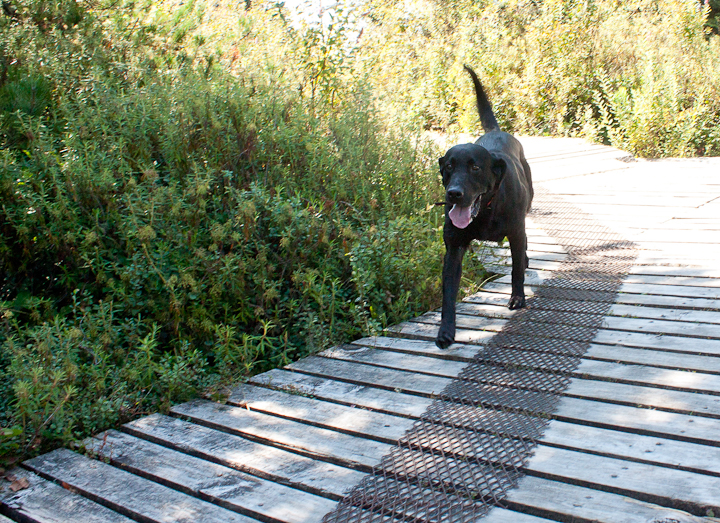 Shortly after lunch, it was evident that the black dog of spidering failure had visited us, so we made a move for our second objective: confirmation of a population of black widows at Centennial Beach in Tsawwassen. 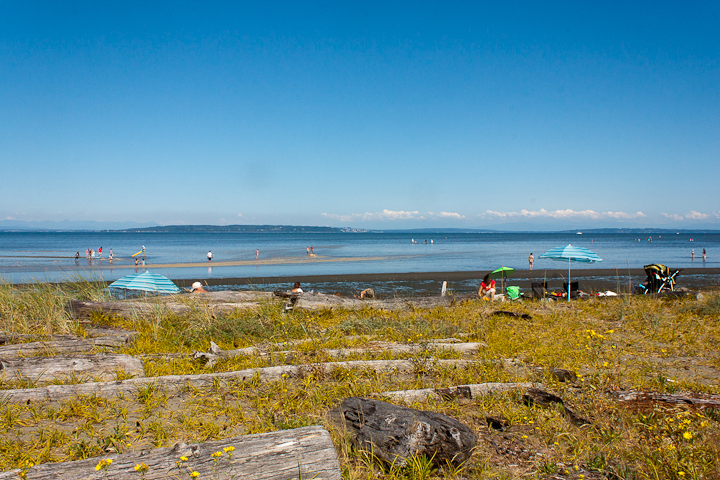 We were shocked at the similarities between this beach and Island View Beach. Each has a shallow bay, a large foreshore protected from high tide, abundant driftwood, sloping fields behind, and a bluff overhanging. The human traffic is a bit more intense at Centennial though. 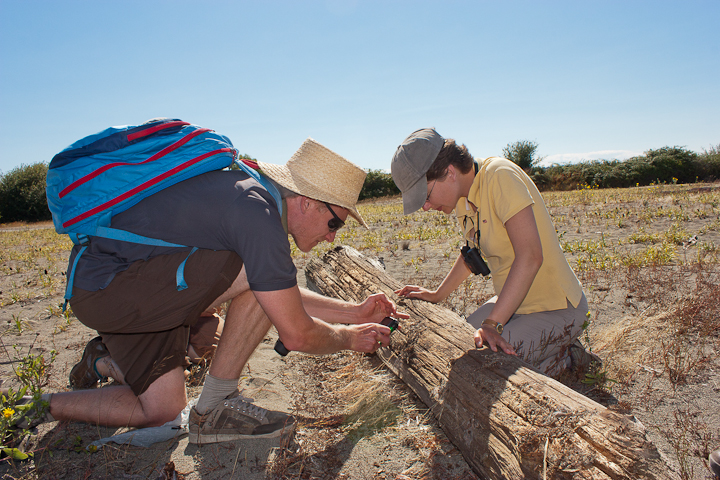 Rolling over logs, and what did we find? 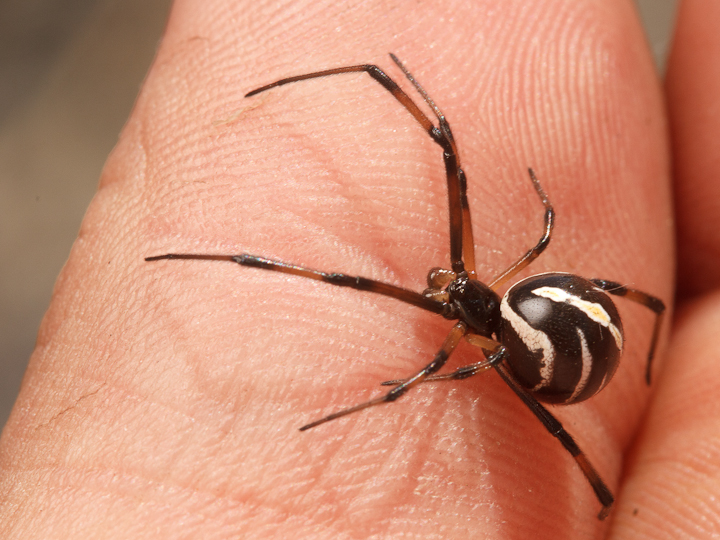 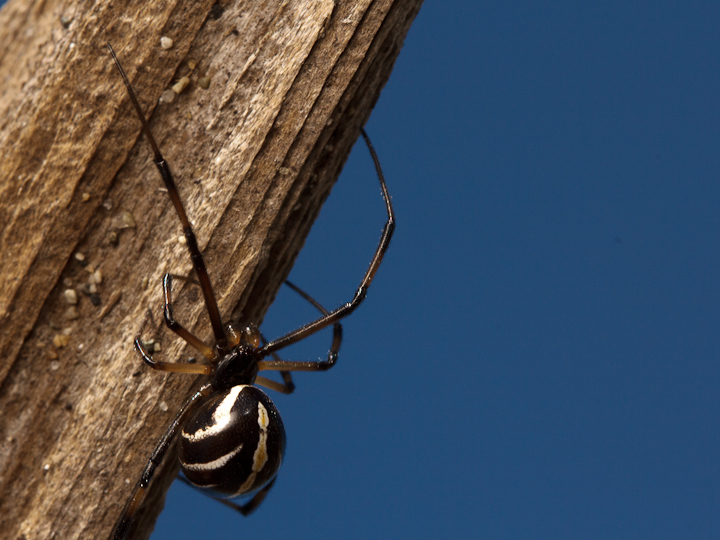 This guy was so spectacular… Almost the size of a young female. 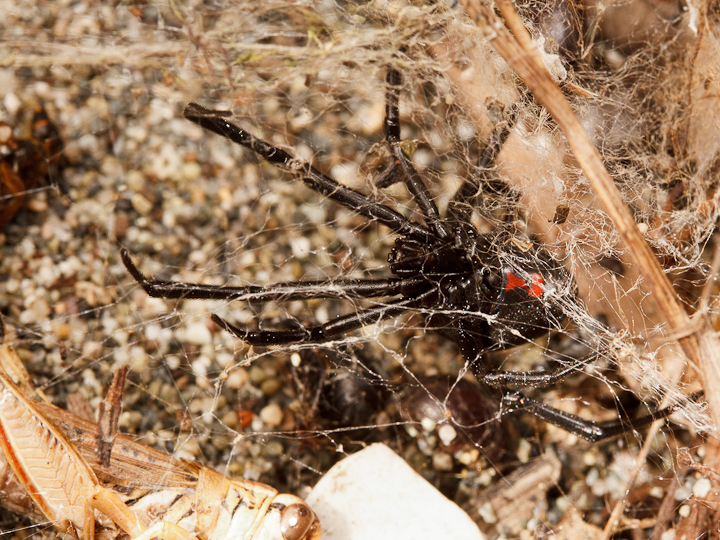 Females with egg sacs and hatchlings were also around.

Here is a youngster near an egg sac. 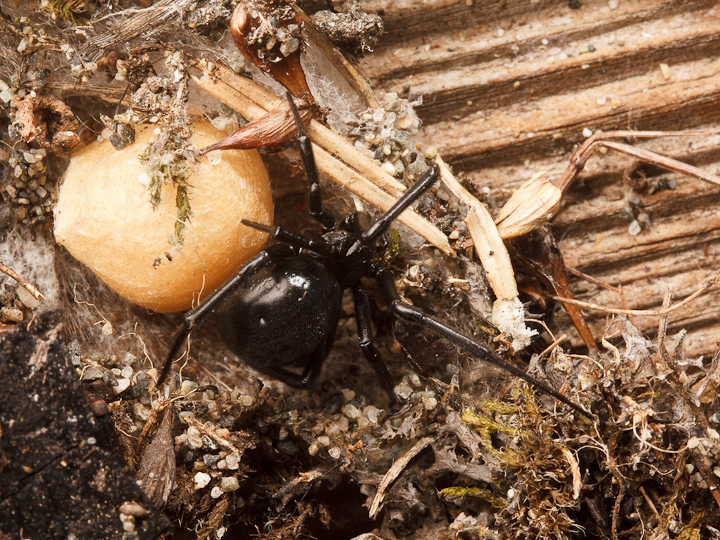 And a large female with a new egg sac. 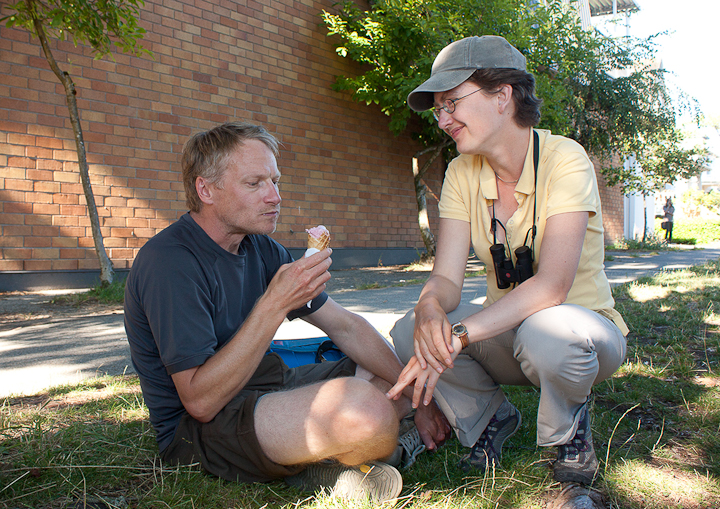 We ended the day back in Vancouver with some ice cream. Overall, a good effort, with 1/2 of our objectives met. We will get you next time Gnaphosa snohomish!

I am headed back to the smog-filled urban sprawl that is Vancouver… But just for 1 night. I come back to the Island Sunday for a quick day trip to collect Black Widows at Island View Beach on Sunday. Here is a shot of last year’s collection trip. 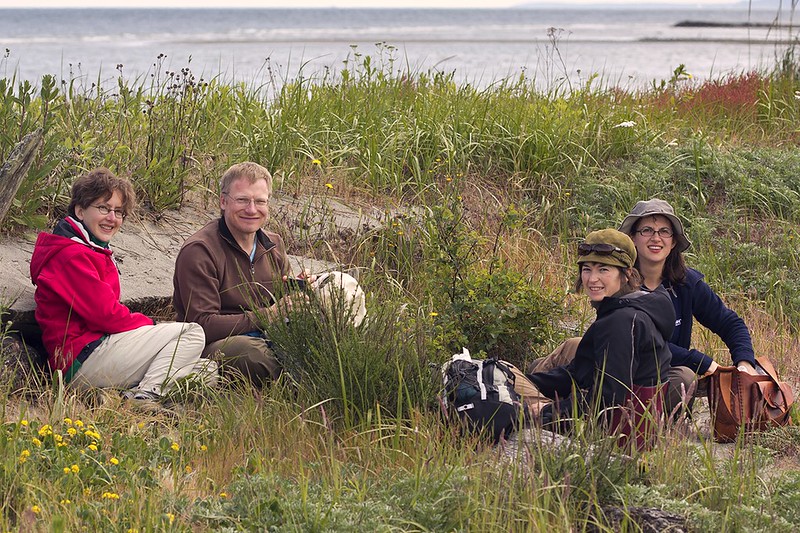