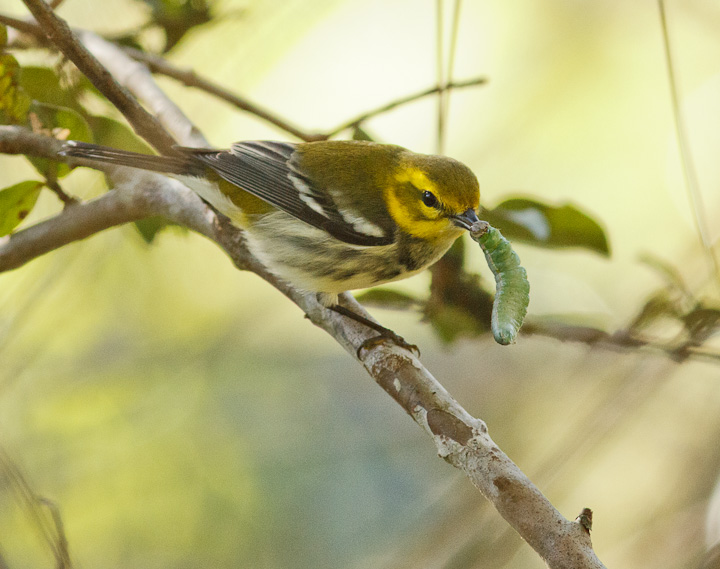 Catherine and I are holed up at my mother’s place in Victoria BC; We are both nursing terrible colds (I am on my 2nd!) and Catherine is trying to recover from a serious knee injury that she got in the field. We have been out of Honduras for over a week now and are taking the opportunity to finish up writing tasks that we were finding difficult to accomplish in conjunction with fieldwork. To tell you the truth, everything feels like a bit of a wreck right now, and I am struggling to summon up any real optimism or energy. I feel like I have been neglecting the blog and have not been able to even get out shooting in Victoria due to being ill. So in an effort to keep the blog rolling along, here is a selection of photos and commentary about some of the sights of the second field outing in Olancho. 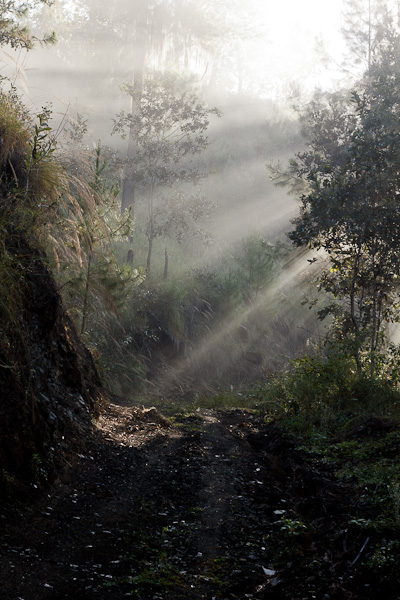 Walking out into the forest in the early morning, the light is quite magical shining through the mist. All of the area we have been working in was exploited for timber, and as such has roads throughout. None of these roads was designed or engineered to last more than a couple years, so these are now mostly impassable to all 4-wheeled vehicles. They are still used by the locals as footpaths or perhaps for use on horseback or motorcycle. 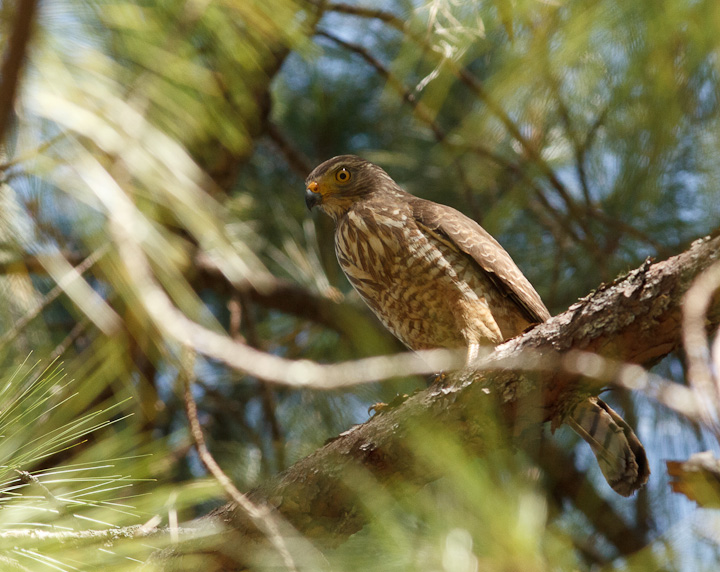 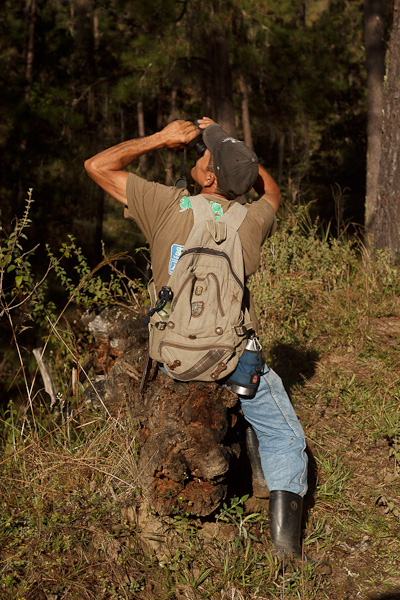 Isidro on the lookout for other warbler species, The Yellow-cheeked Warbler is also reported from these forests. 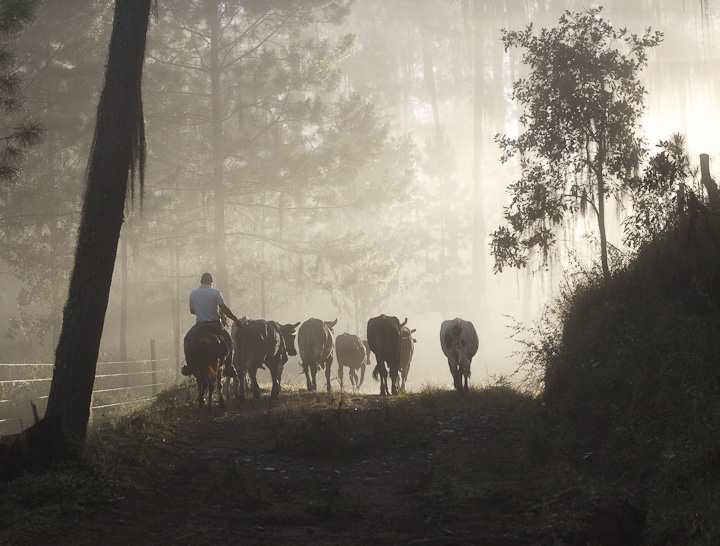 A rancher moving some cattle to a new pasture. Almost all of these forested areas are extensively used for cattle ranching, and as such experience high levels of grazing and other disturbances, such as seasonal fires and erosion. There is also cultivation of coffee, bananas, sugarcane, corn, beans and other staples. 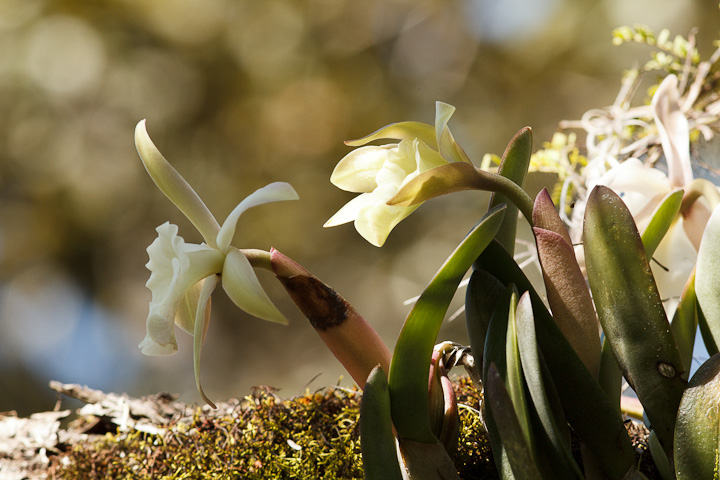 This orchid is the national flower of Honduras (according to Isidro) 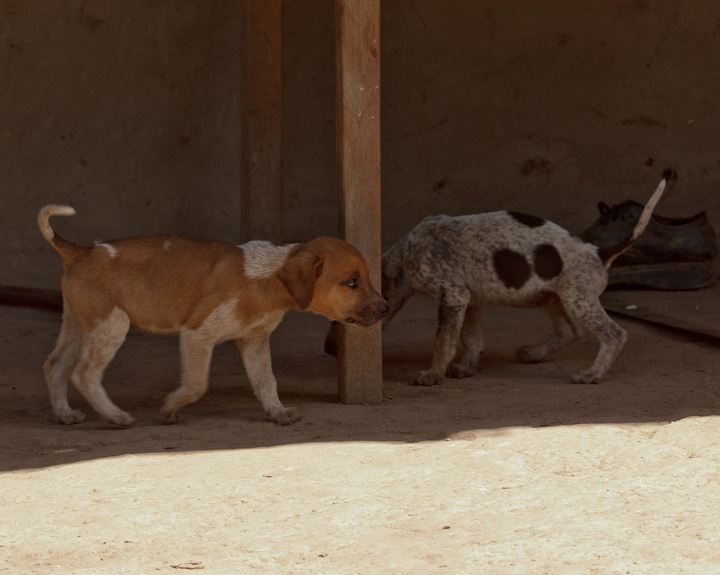 Some puppies at a farmhouse 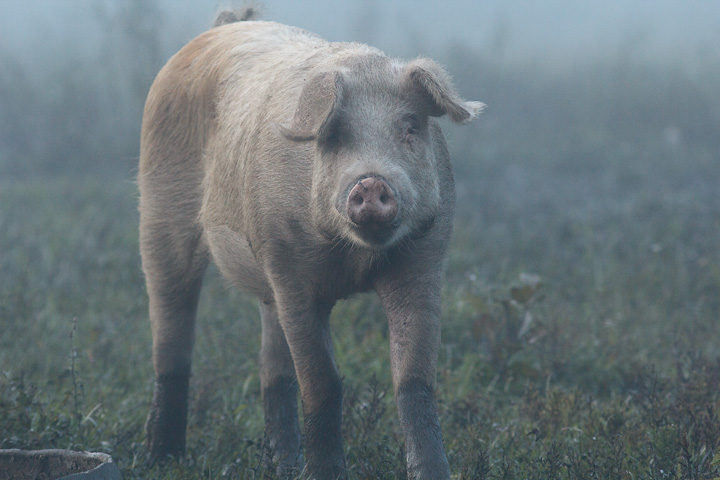 7 thoughts on “The second Honduran outing”