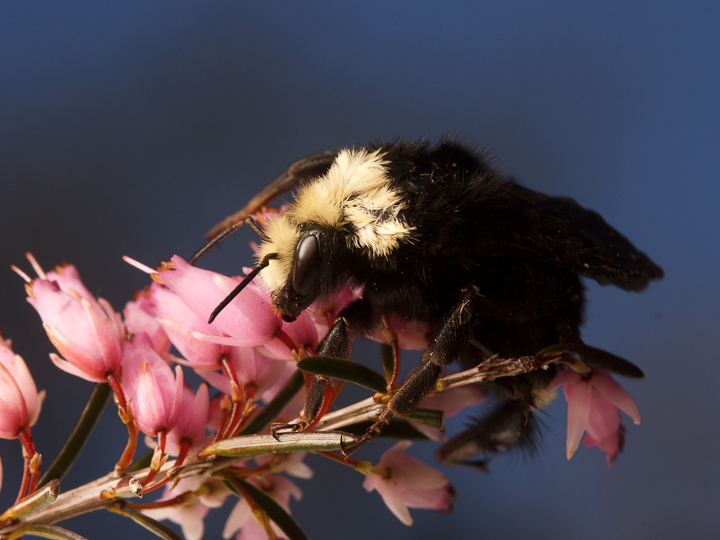 After a hiatus of a few weeks, I finally managed to get out this weekend for some shooting! I went with my friend Florian to Stanley Park on a gorgeous sunny Saturday, to search out the creatures of the early springtime. 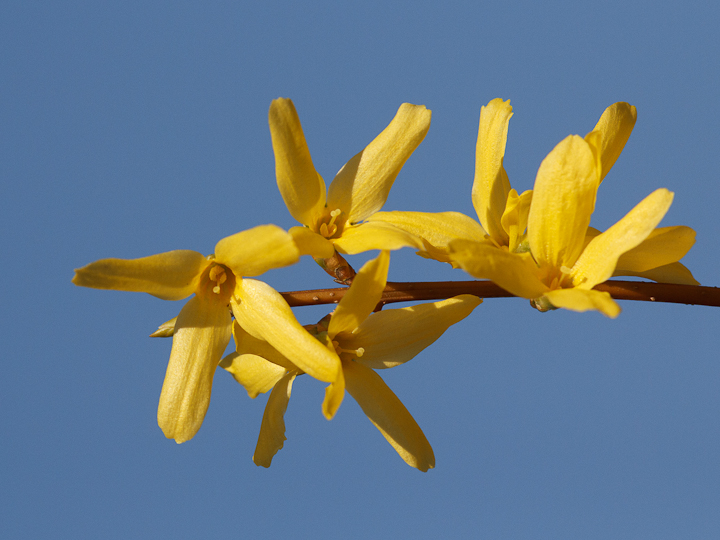 First of all some springtime flowers, which are blooming all over Vancouver. 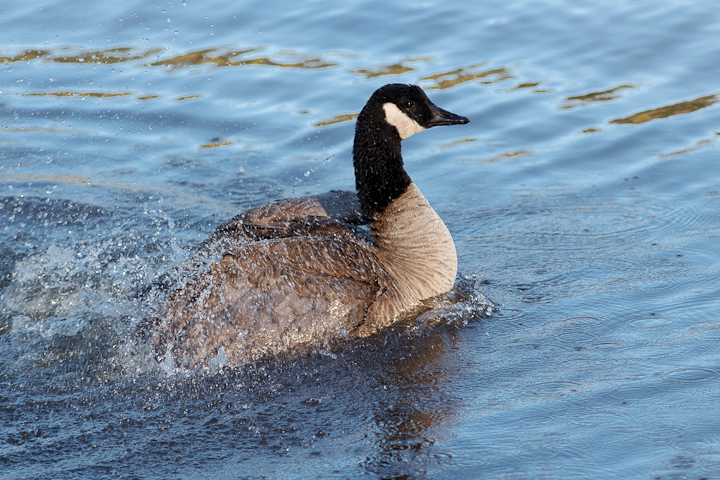 The geese are getting frisky, cleaning up for the mating season. The males are getting all aggro as well, and we watched one fly right into a tree in a miscalculated attack on another perched nearby. He managed to fly away from that collision, luckily. 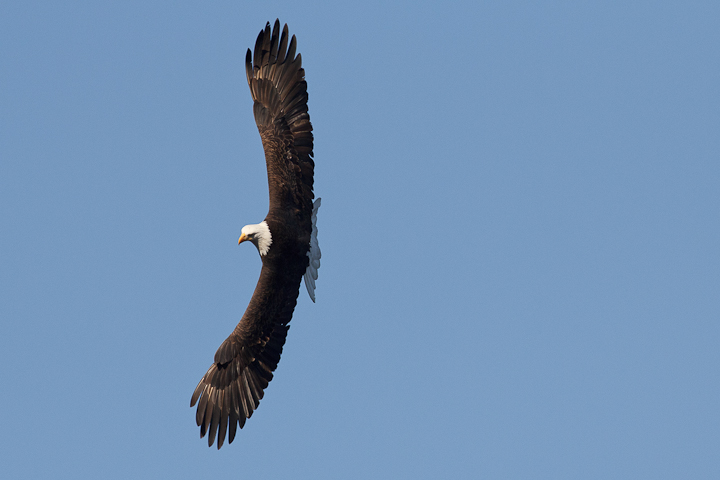 I noticed this eagle a little too late after seeing gulls flushing off the water. It was hunting birds, and I only managed to shoot one pass before it gave up. 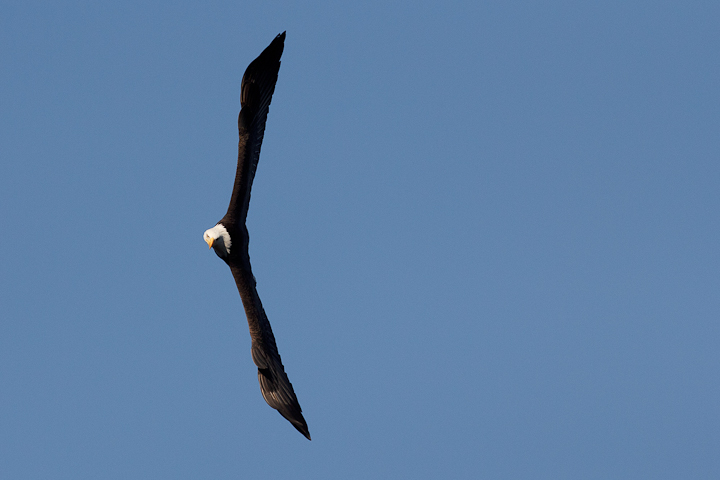 Here it is in a steep bank searching for a target. 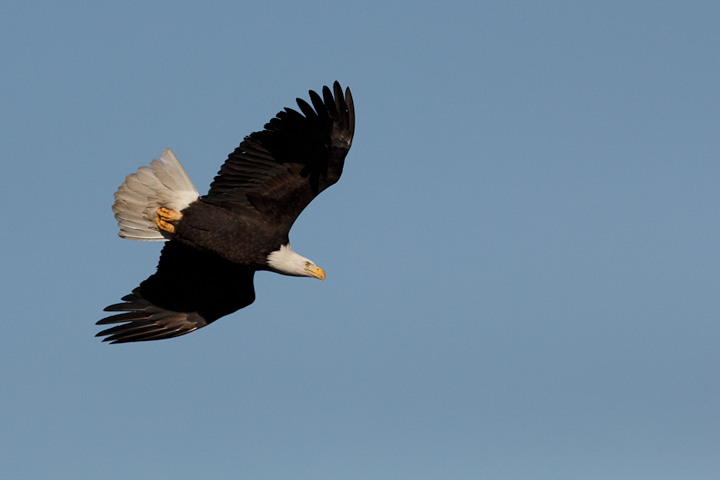 A bit of a halfhearted dive after some gulls, and then the eagle flew away. 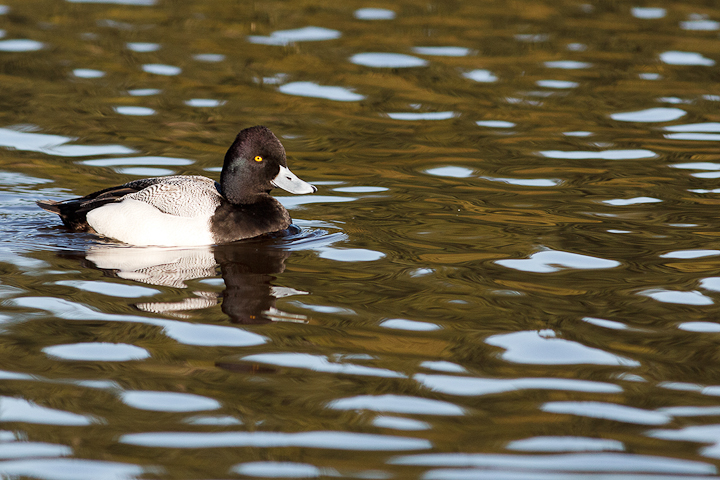 There were lots of scaups on the lagoon, and the lighting conditions were quite nice even at midmorning. 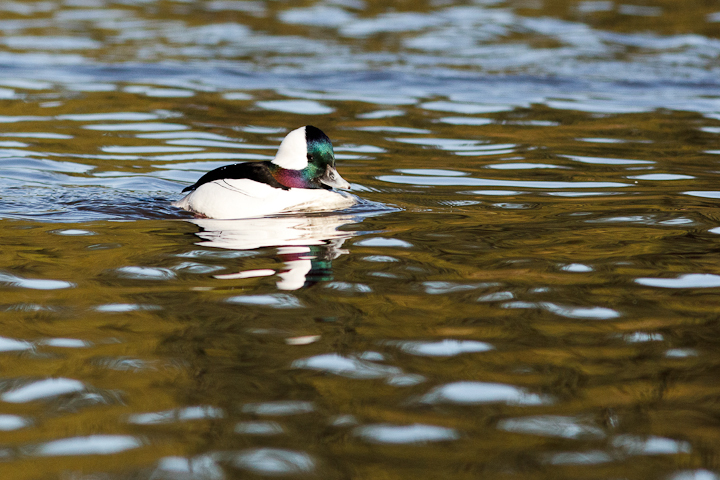 It is too bad this bufflehead did not pass closer, as the lighting was just right for his beautiful iridescent head! 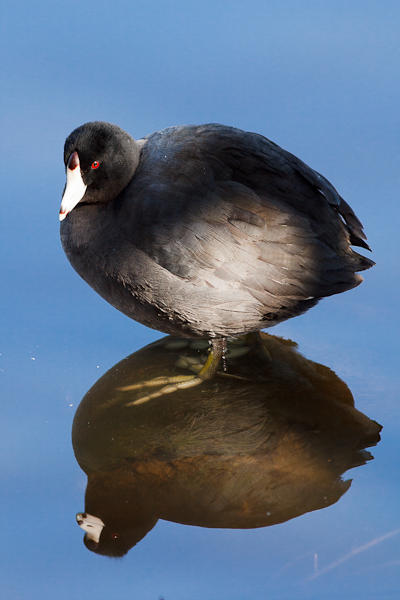 This seemed like a great pose for a fat coot. Reflection, colour, feet… It’s all there! 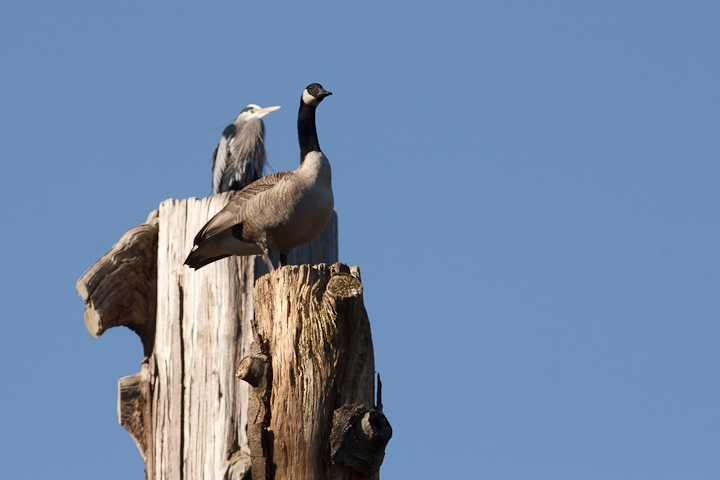 The sentry point for aggressive male geese…Seems like they do this every spring. The heron watches the silliness. 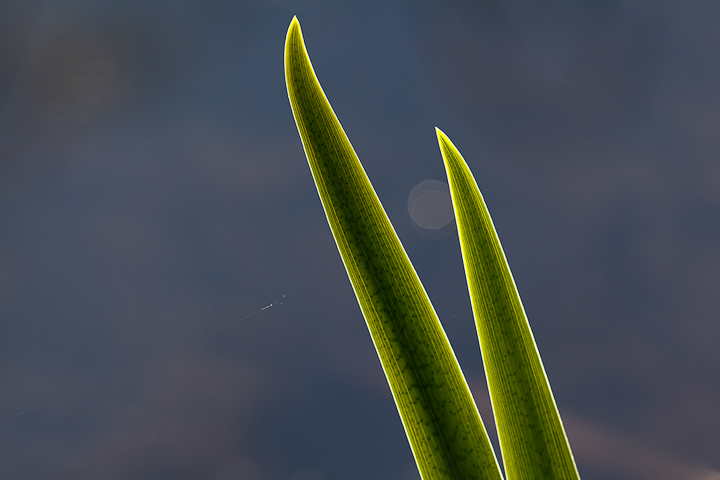 I liked the backlight on these leaves. 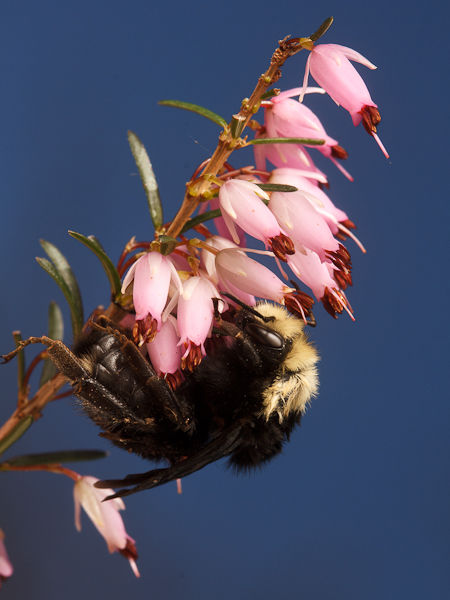 The bumblebee queens were out in force at a patch of heather…I think there were 3 species at least, but I was wrestling with some ill-charged flash batteries, and did not get many shots! 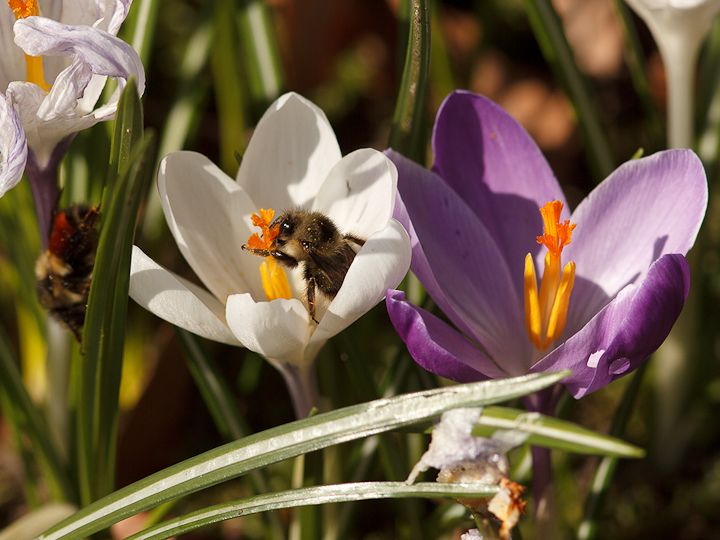 From a distance with the 300 I managed to shoot some bumblers on crocus. 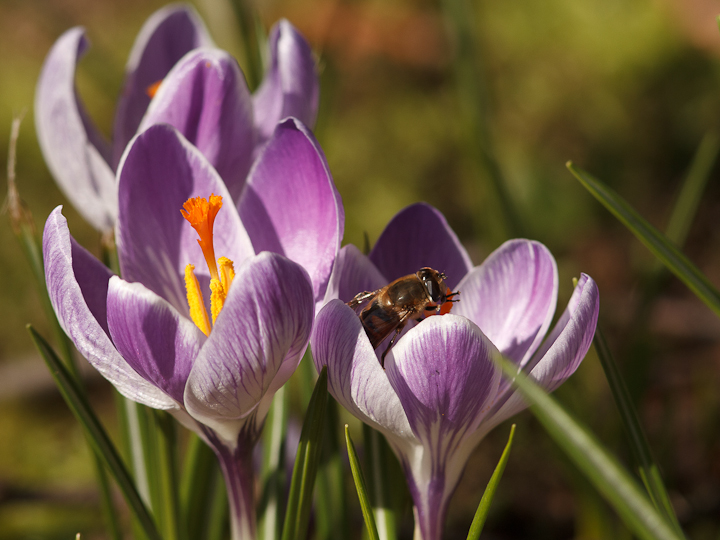 An early syrphid! Later on we saw a Leptoglossus occidentalis as well, but I had to head home for some more writing. 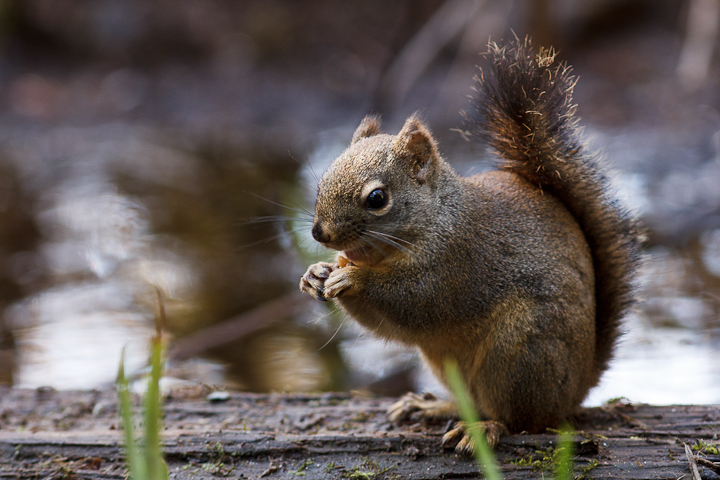 A Douglas’ Squirrel by teh water. 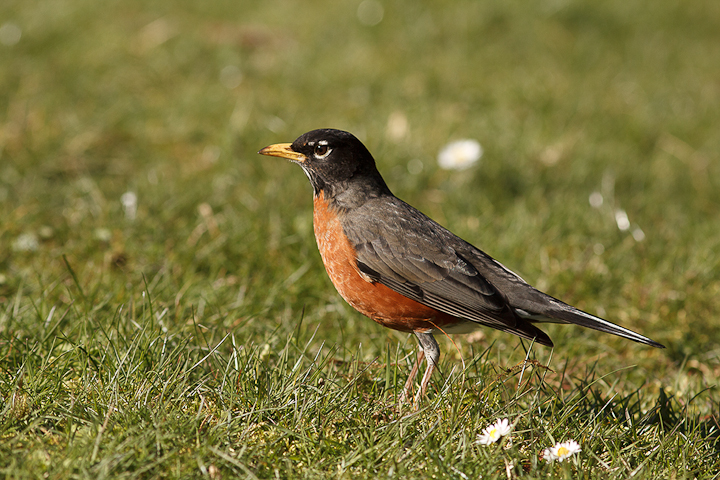 And the prototypical springtime bird for most of Canada (though we have them year-round) the American Robin!

One thought on “Weekend Expedition 62: Springtime in the park”