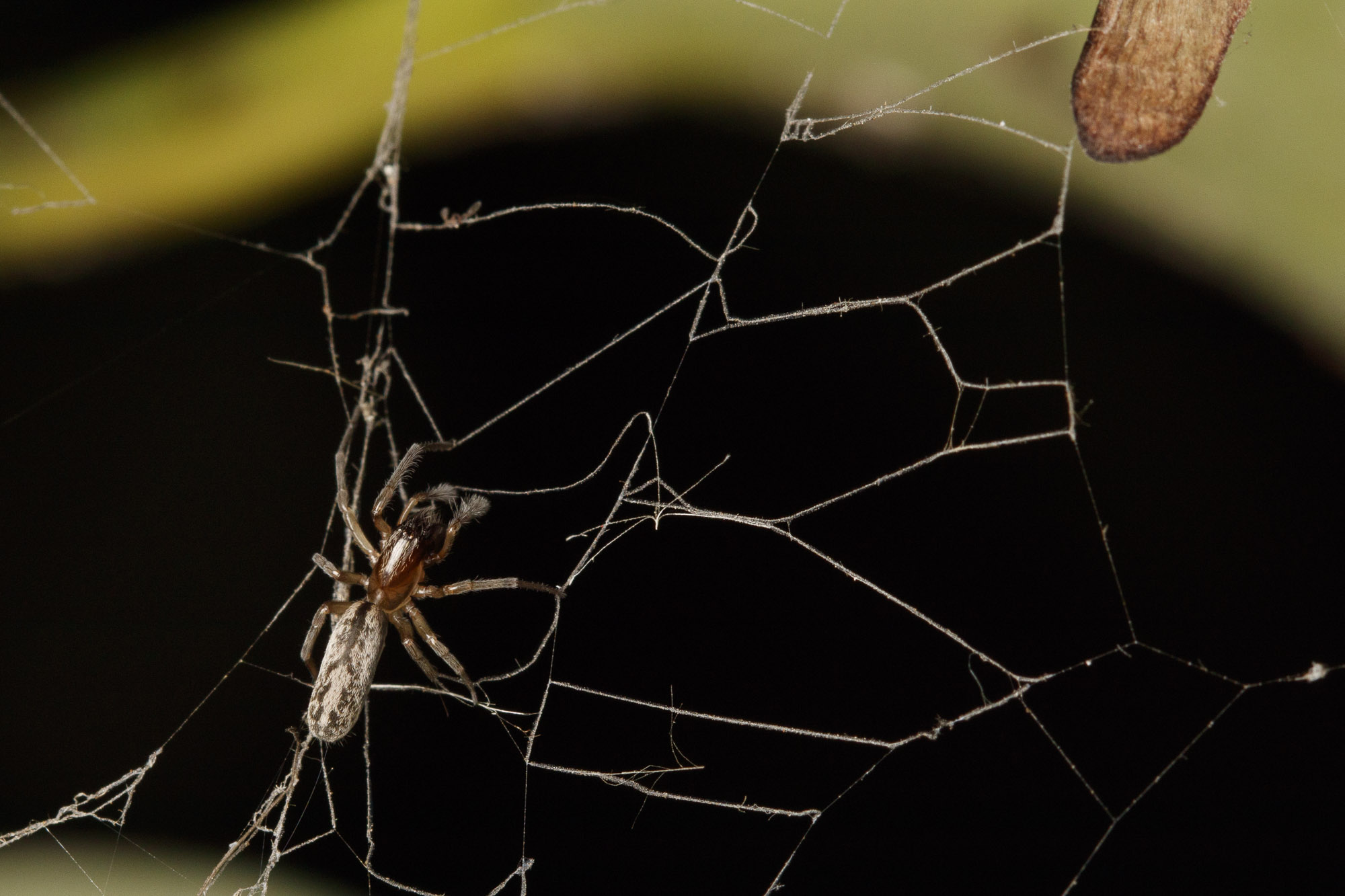 One of the coolest spiders I saw in NZ was quite small, and fairly inconspicuous. Matachia is NZ endemic genus of desid spiders which have a characteristic web architecture and retreat. There are several species of Matachia in NZ. Bryce McQuillan helped us find these in Christchurch, along the Avon River (just about here), in low branches above the bank. 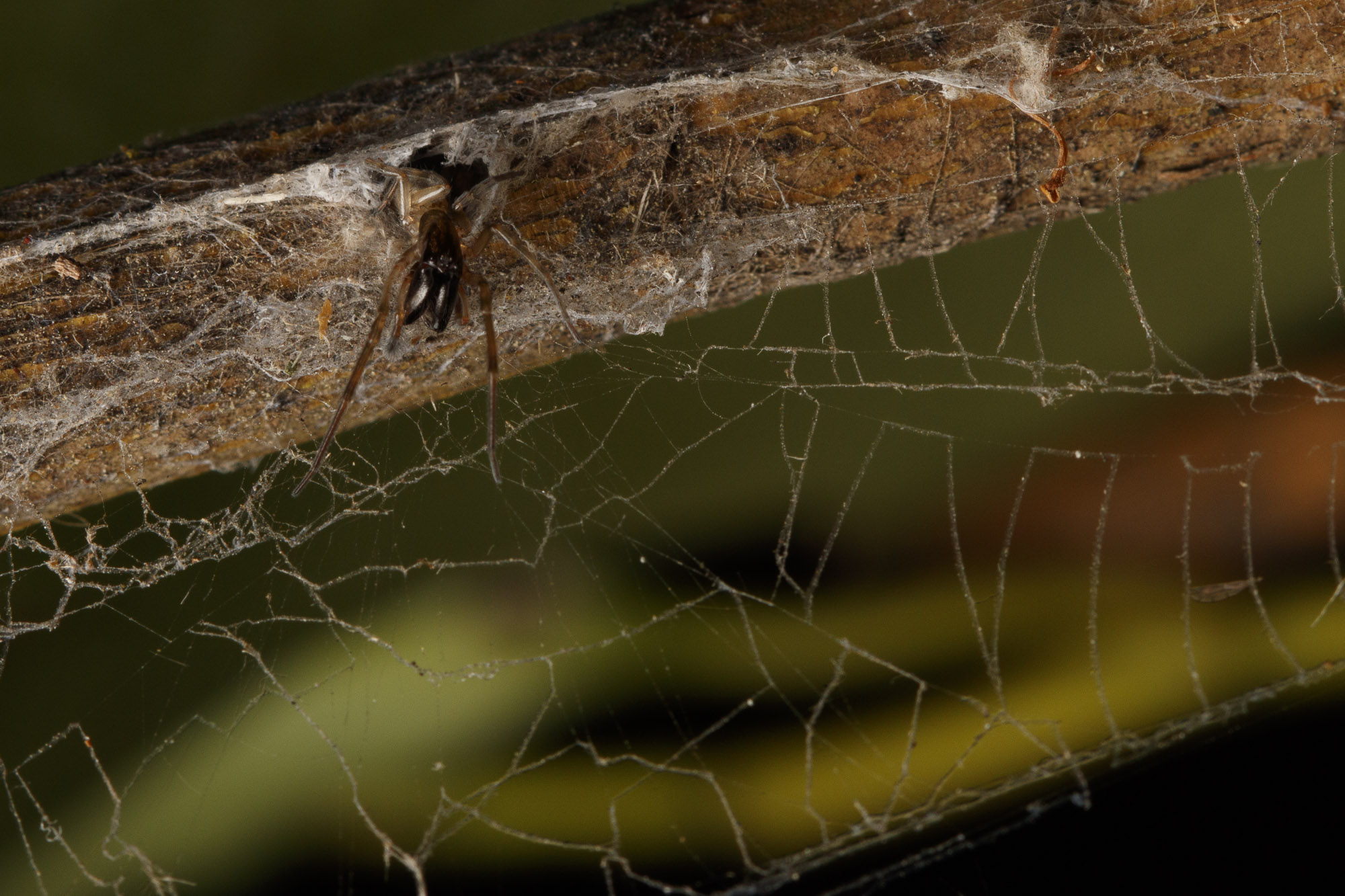 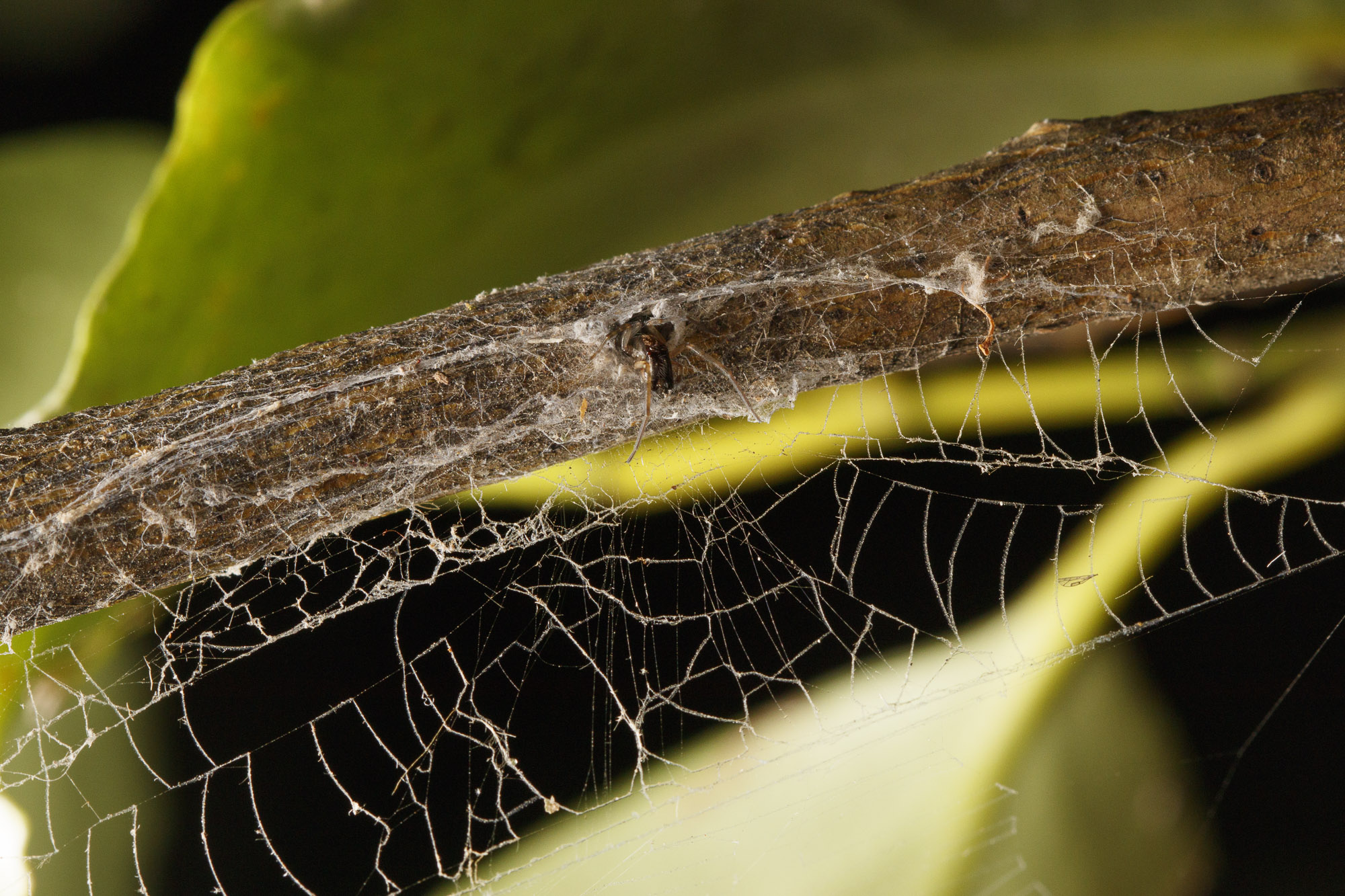 The cutest aspect of Matachia behaviour we saw was that upon returning to their retreat, the spiders invariably enter it butt-first! 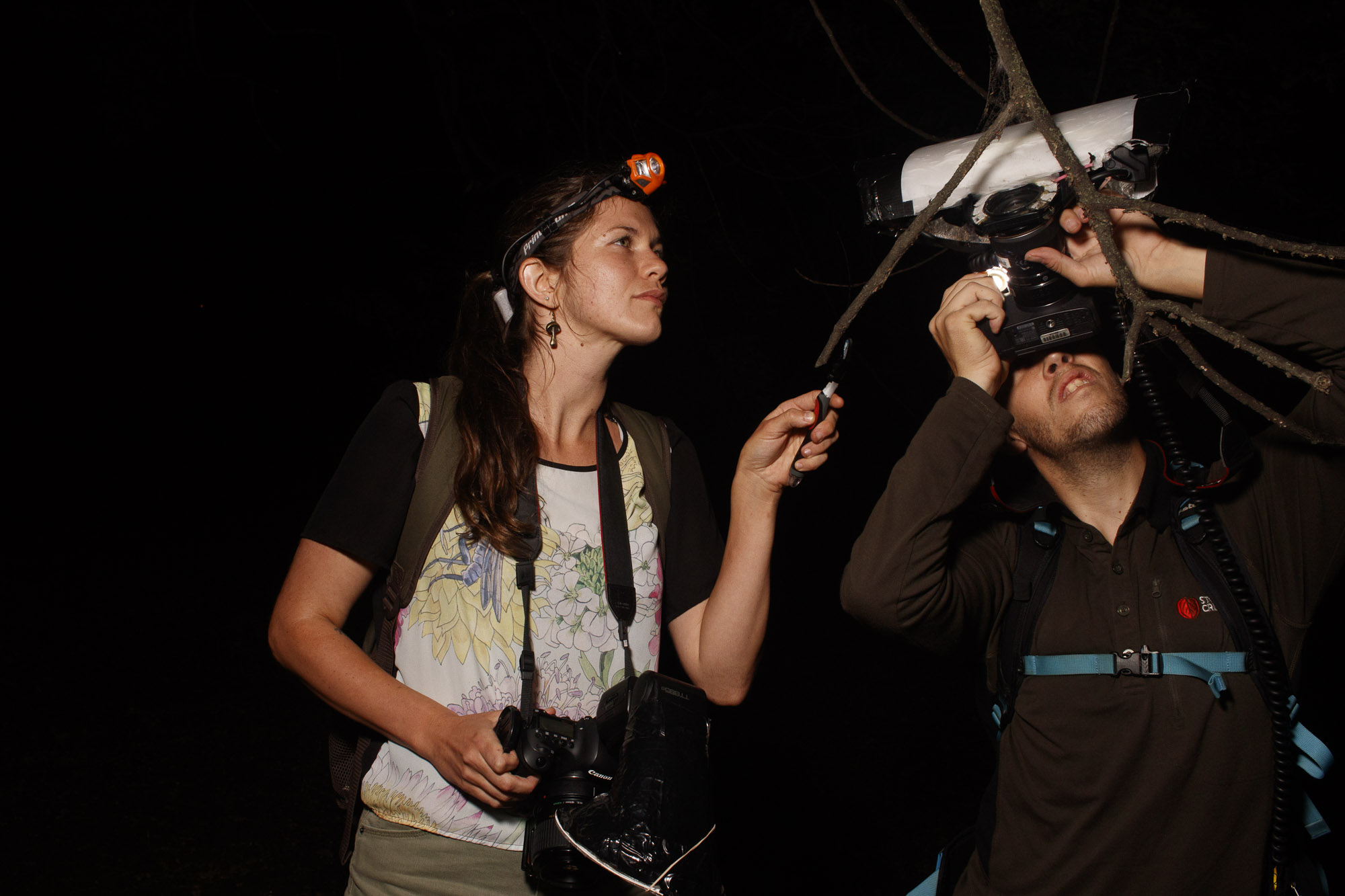 The Matachia we saw in Christchurch emerged onto their capture webs quite readily in response to vibrations from an electric toothbrush. Here arachnologist Erin Powell coaxes out a spider, while Bryce photographs it. 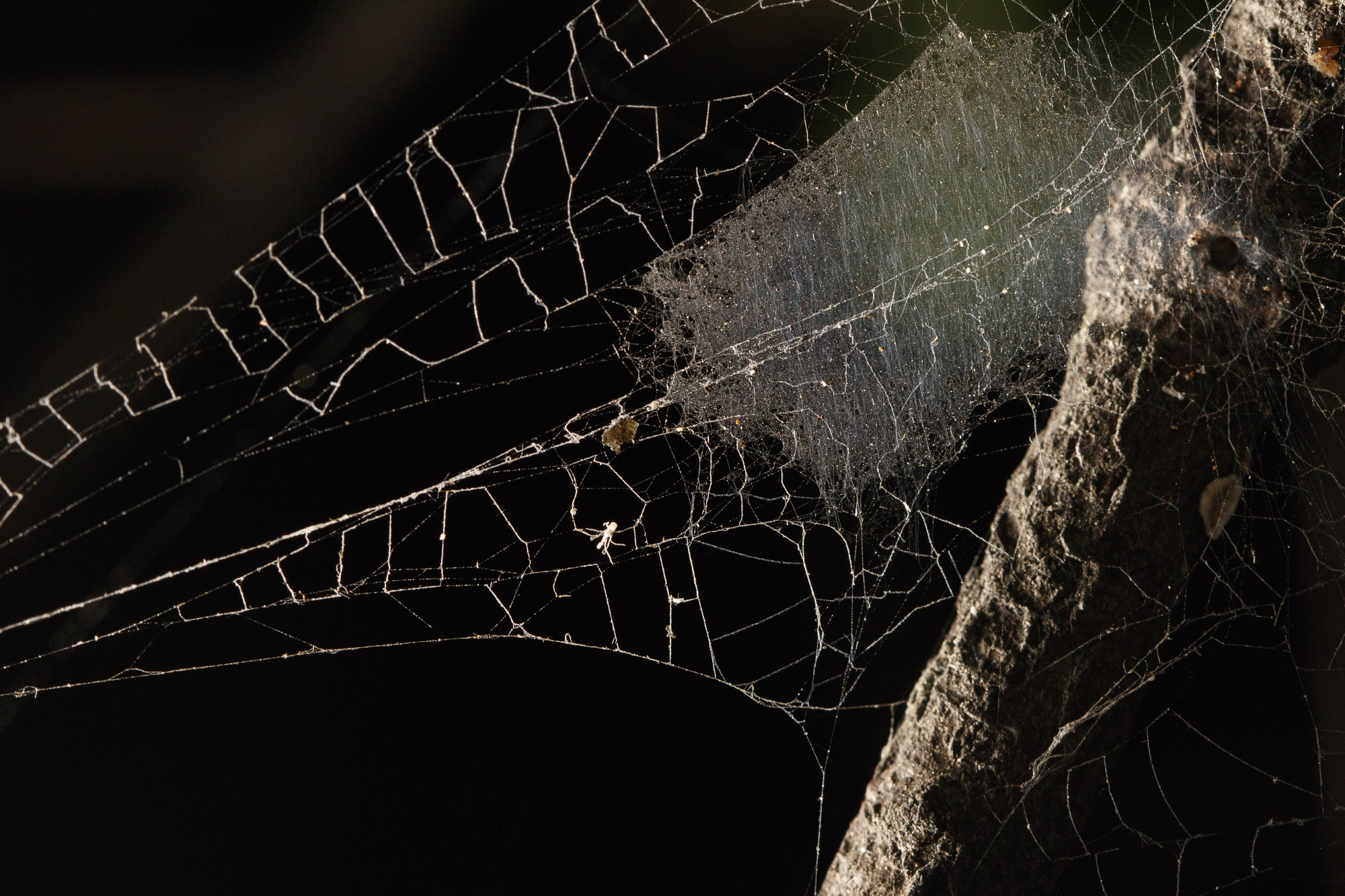 Some Matachia webs we saw also had these odd platform-like constructions just near the retreat. I am not sure if the resident spider makes these, or perhaps it is done by a courting male? 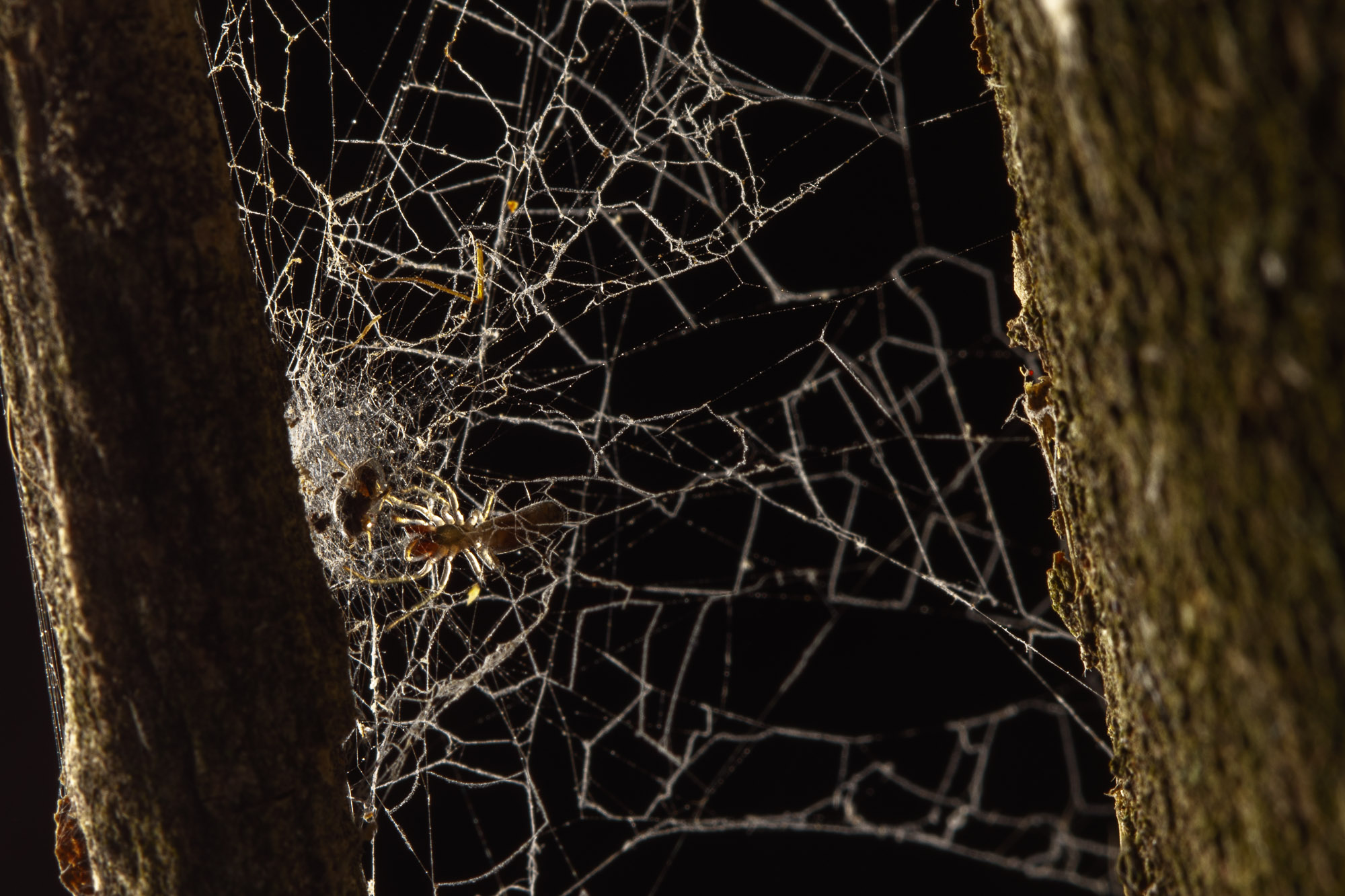 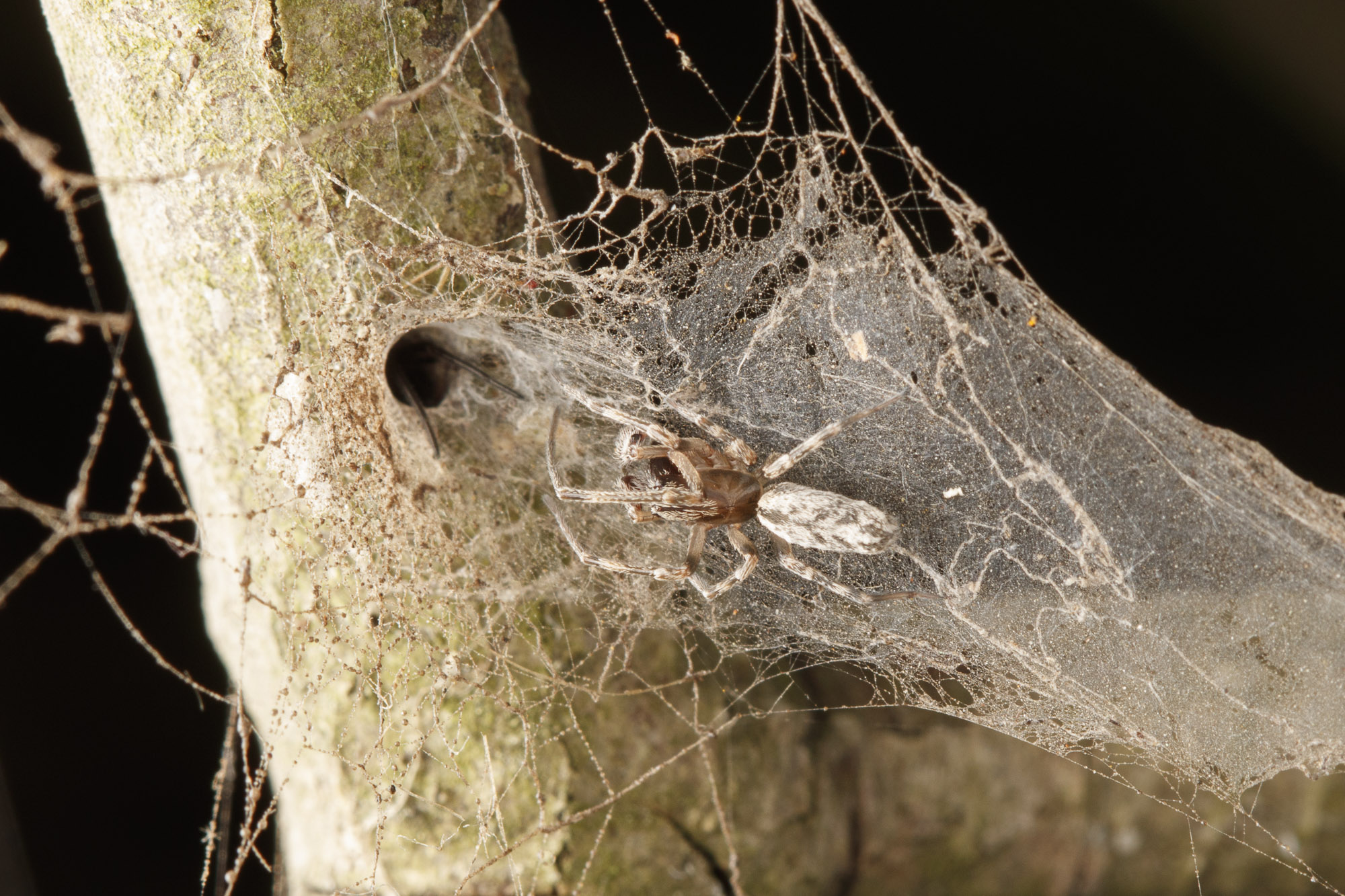 I did manage to see a courting male, and the web did have this platform-like construction on it. An interesting thing to note about these males (and males of other calamistrum-bearing species) is that the calamistrum (which brushes out the lacy capture threads from the cribellum) is lost in the adult stage, meaning these males can no longer hunt as adults… 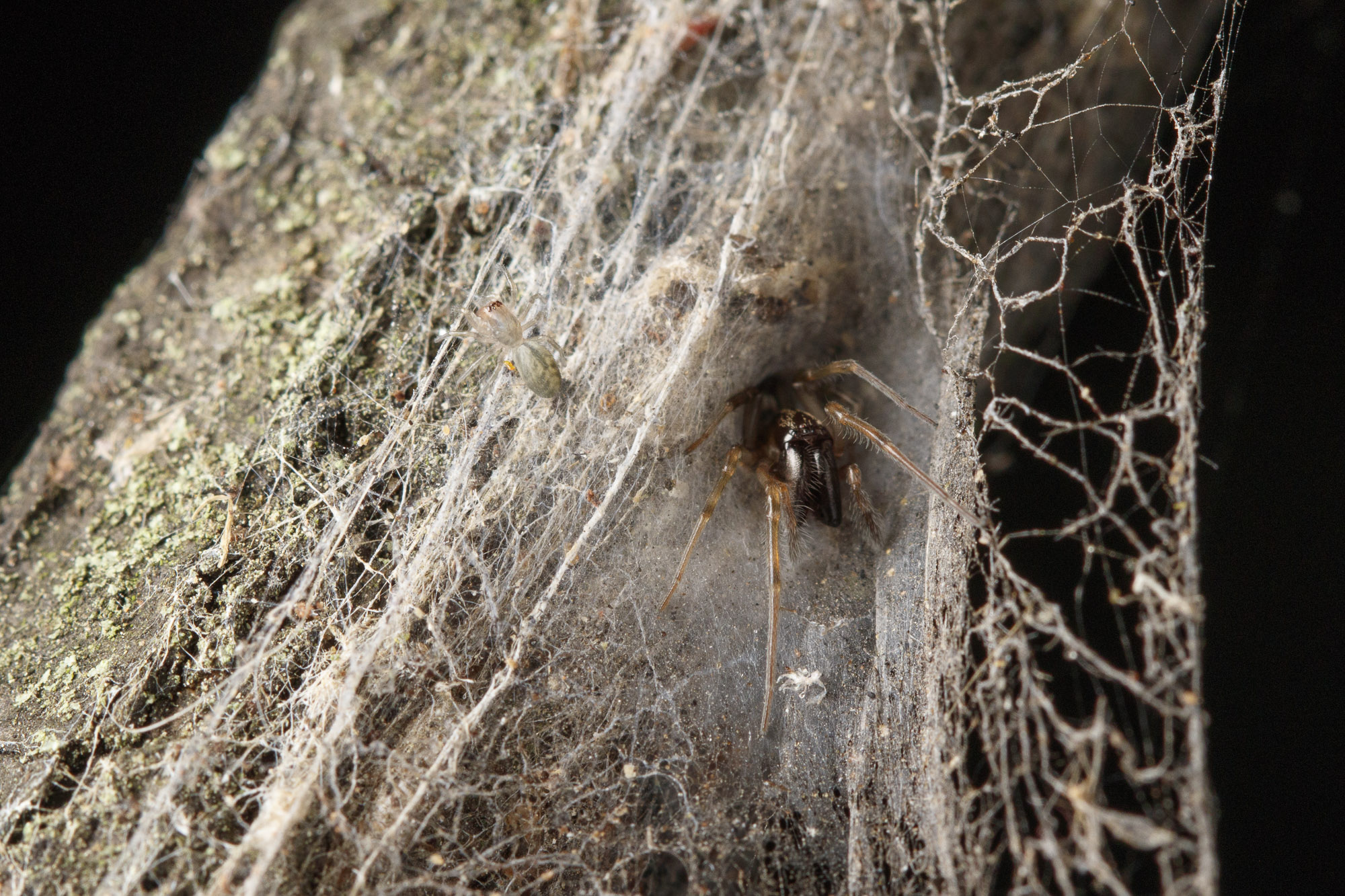 In this image, you can see not only an adult female in her retreat, but also a tiny juvenile, with greenish abdominal markings. In Matachia, the juveniles remain with their mothers until they are 4-5 molts past hatching, which is a remarkably long time!