Romance between highly sexually dimorphic spiders such as the Cross Orbweaver, Araneus diadematus is fraught with danger for the smaller male. His potential objet d’amour is many times his size, fast and often hungry. Therefore, when he approaches a female’s web, he is very tentative, signalling his intentions with much tapping and stroking of her web and forelegs. With repeated bouts of this, he is often able to approach closely while the female appears to be put into a quiescent state.

The size differential is great, so the male is cautious

Much “footsie” type courtship seems par for the course, and is kinda cute. 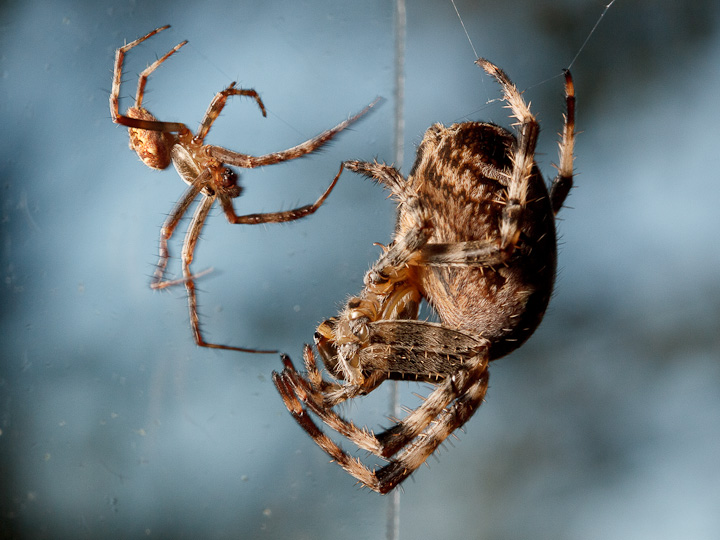 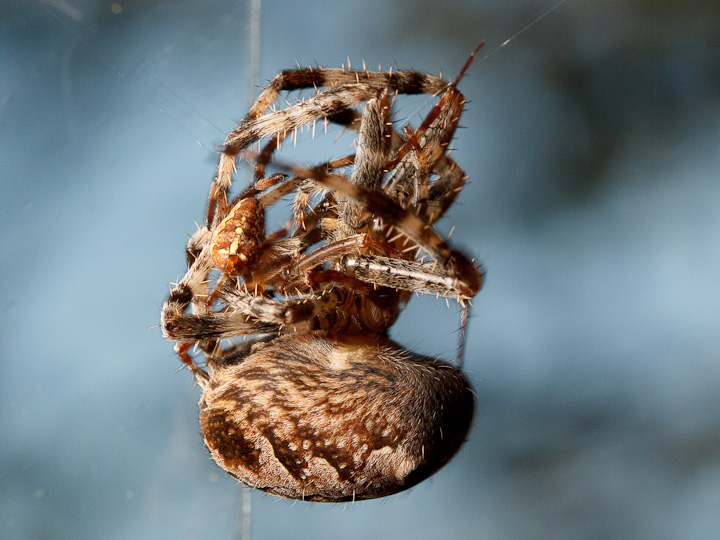 that is a close embrace! 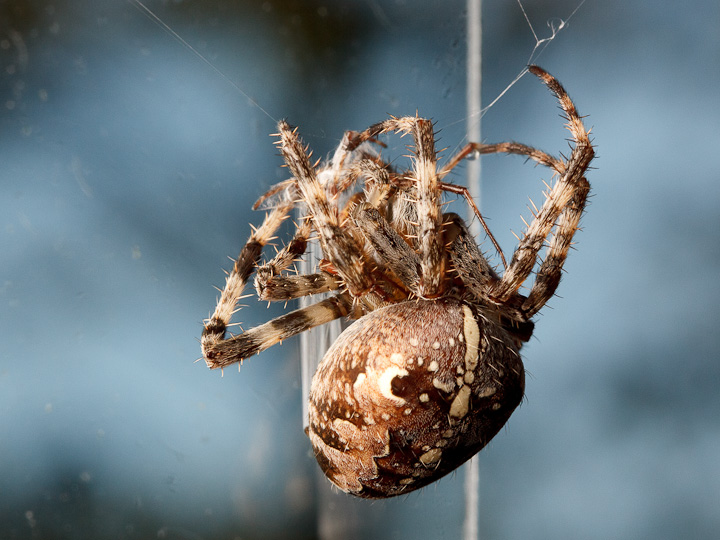 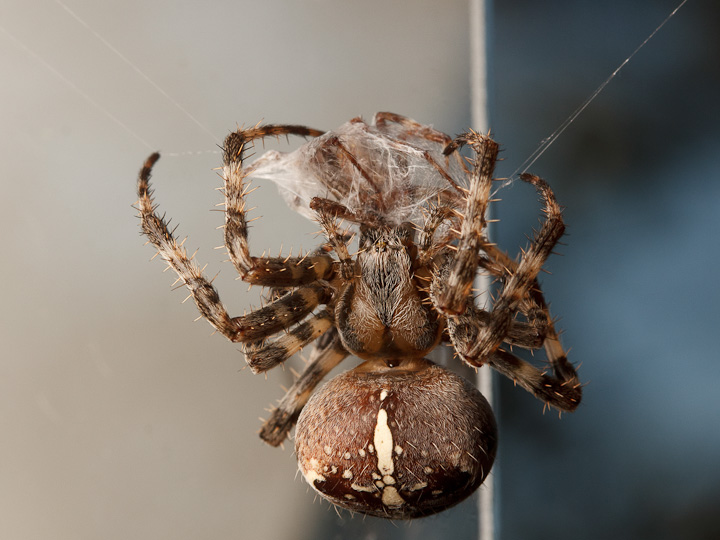 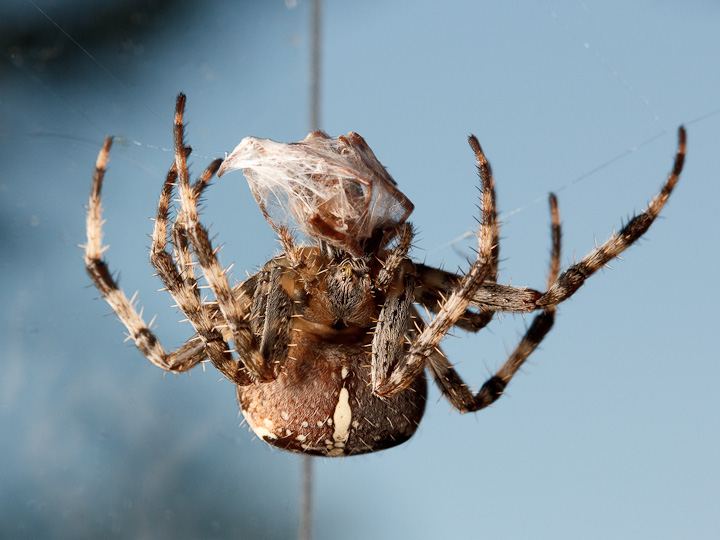 Nope. I think we may chalk this up to a “fatal sexual encounter”. I am sure another male will be around shortly!

3 thoughts on “Not a Love Story: a blog post about spider sex”