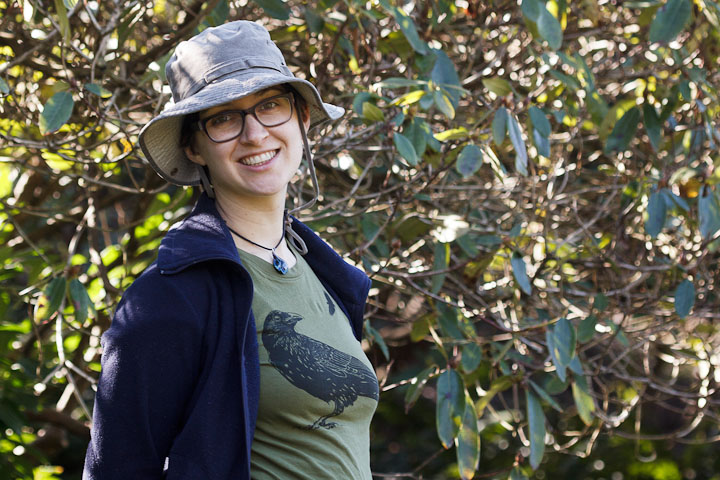 Saturday was Catherine’s birthday, and a very beautiful spring day to boot. Catherine and I spent the morning shopping for a house (yes, the dream finally came true for us! 15.99 at Wild Birds Unlimited!), and then accompanying our labmate Antonia as she conducted rodent experiments at the Bloedel Conservatory, a large dome full of tropical plants and birds. I put out some ant baits, but most of them were eaten by the birds….Not too different than baiting outdoors really. 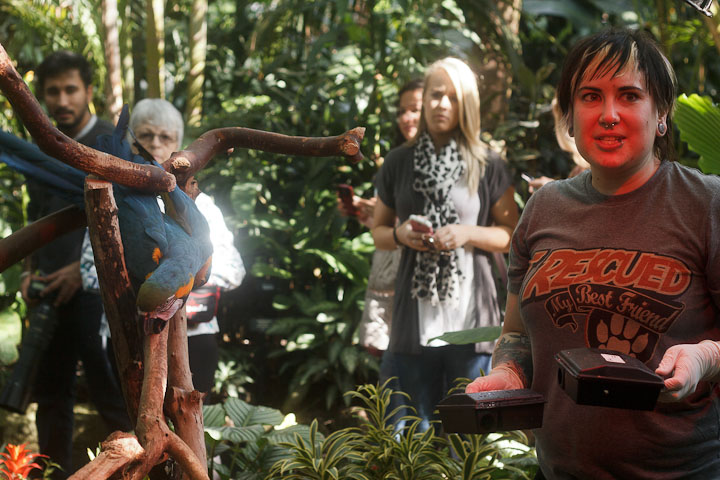 Antonia in a sinister light, wielding her implements of murine death. 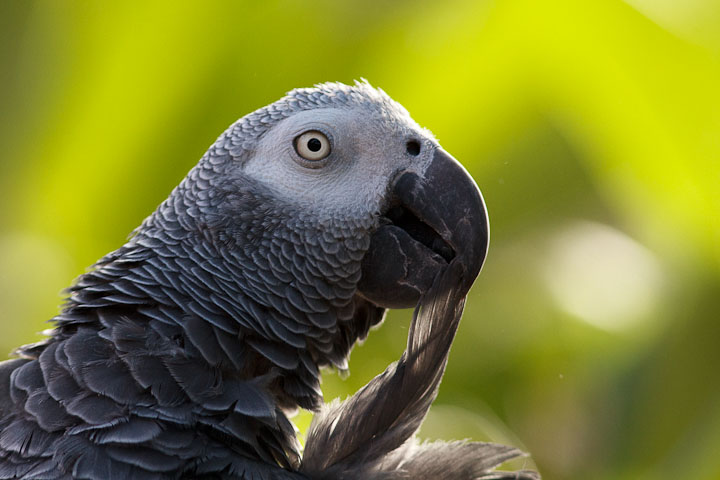 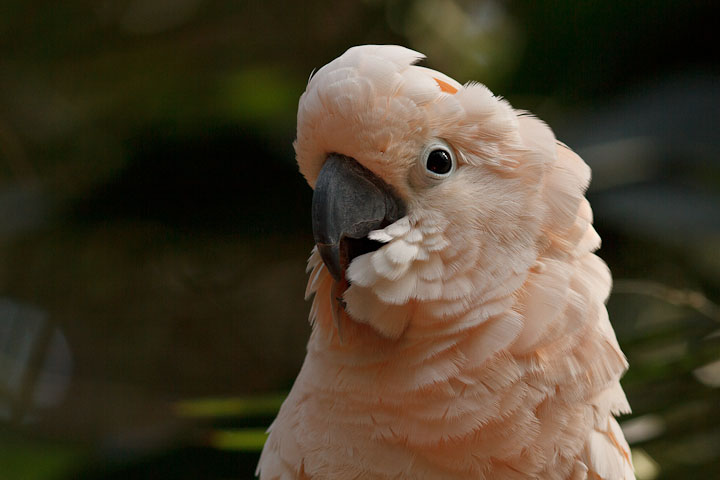 This cockatoo was very solicitous. He asked “how are you?” a great many times! 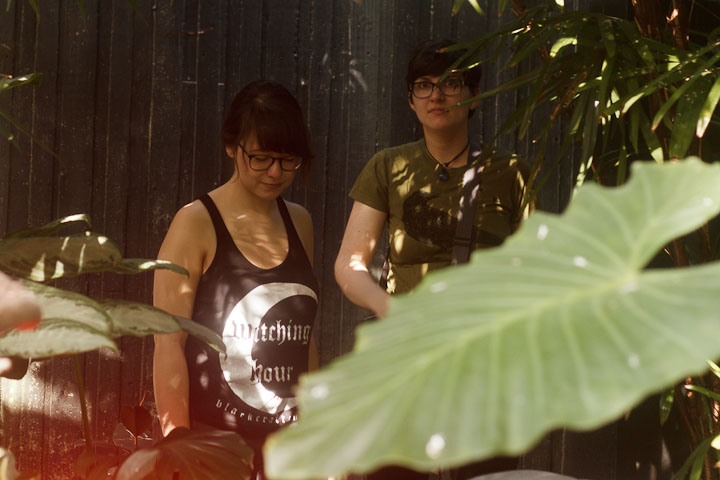 Catherine and Natalie lurk in the bushes.

After the tropical tour, Catherine and I took the show on the road, exploring Queen Elizabeth Park for spiders! 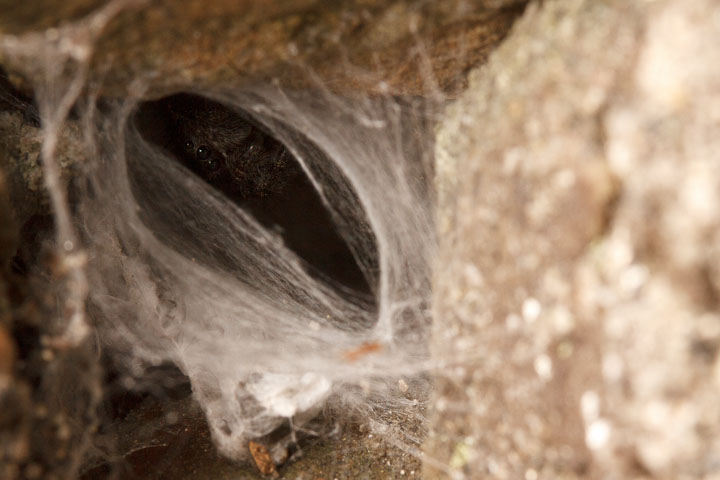 Catherine’s first find! A Phidippus lurking in her retreat! 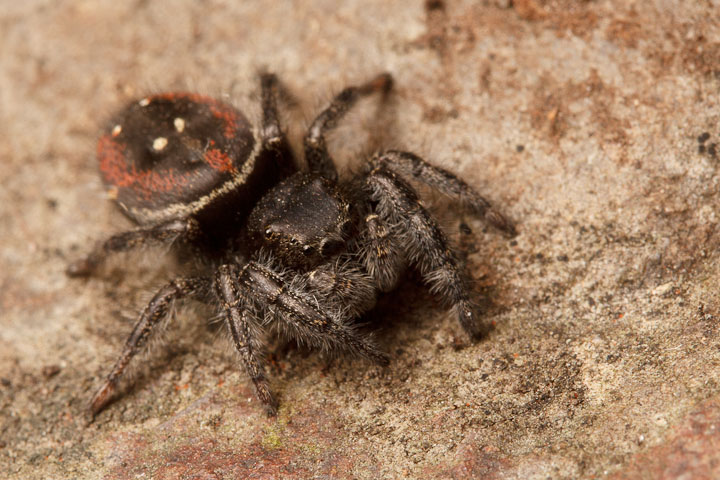 With some persuasive stemwork we managed to coax her out for some pictures. 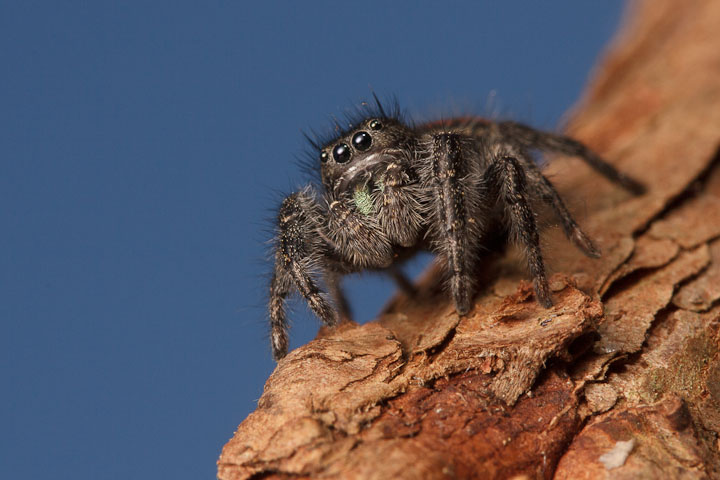 Such a gorgeous spider! 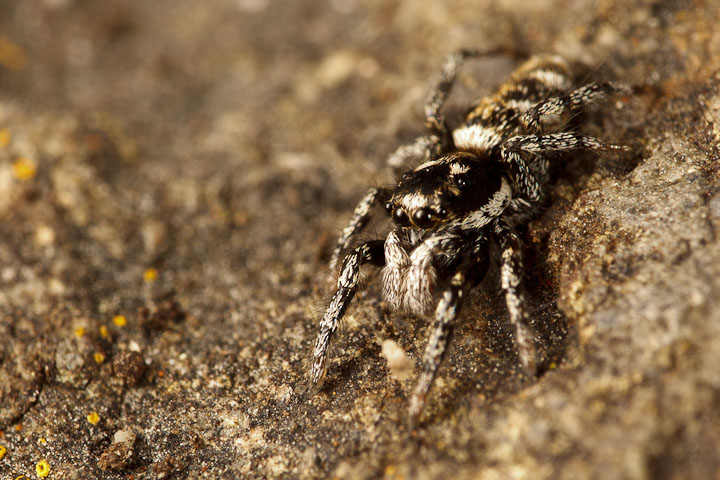 The rock walls were full of Salticus scenicus. 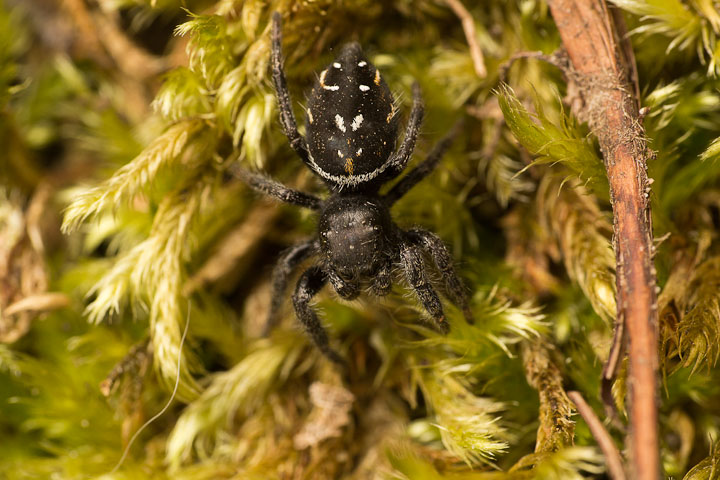 And emerging on the path in front of us was a juvenile Phidippus. 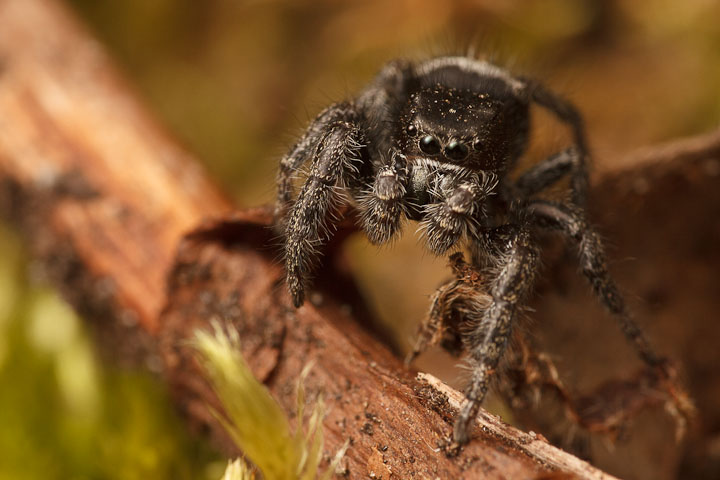 This is the juvie from the front. 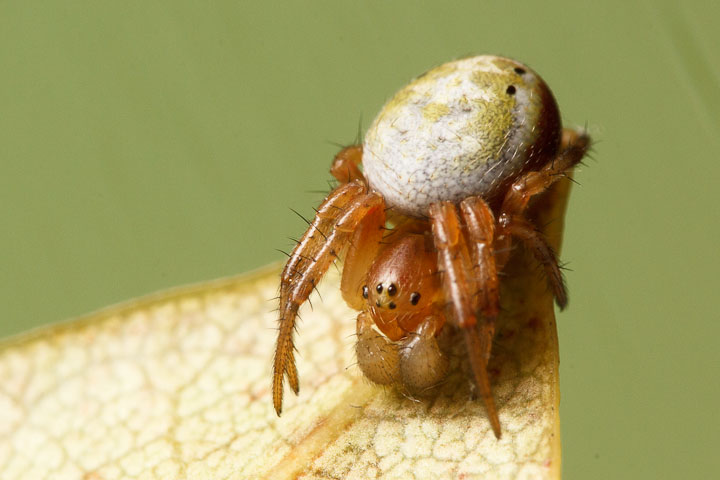 One of the treasures we found on a rhododendron was this subadult male Araniella displicata, AKA the six-spotted orbweaver. 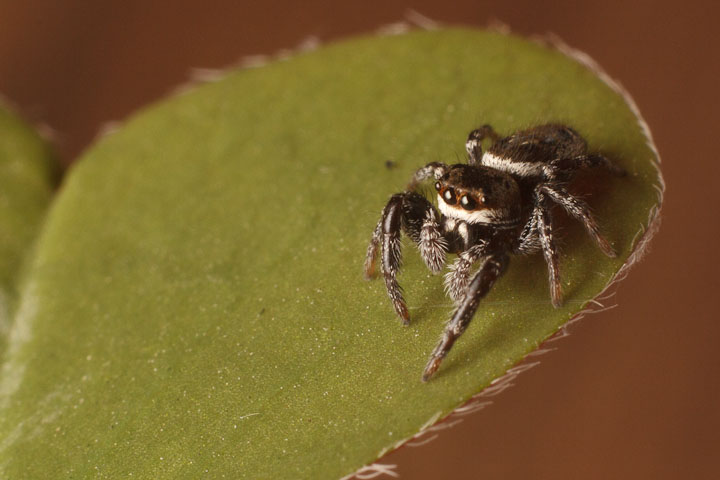 The rhododendrons also yielded a large number of juvenile Metaphidippus manni (we think). These coastal forms aren’t as showy as the inland ones, but we will try to rear them to see what they look like as adults. 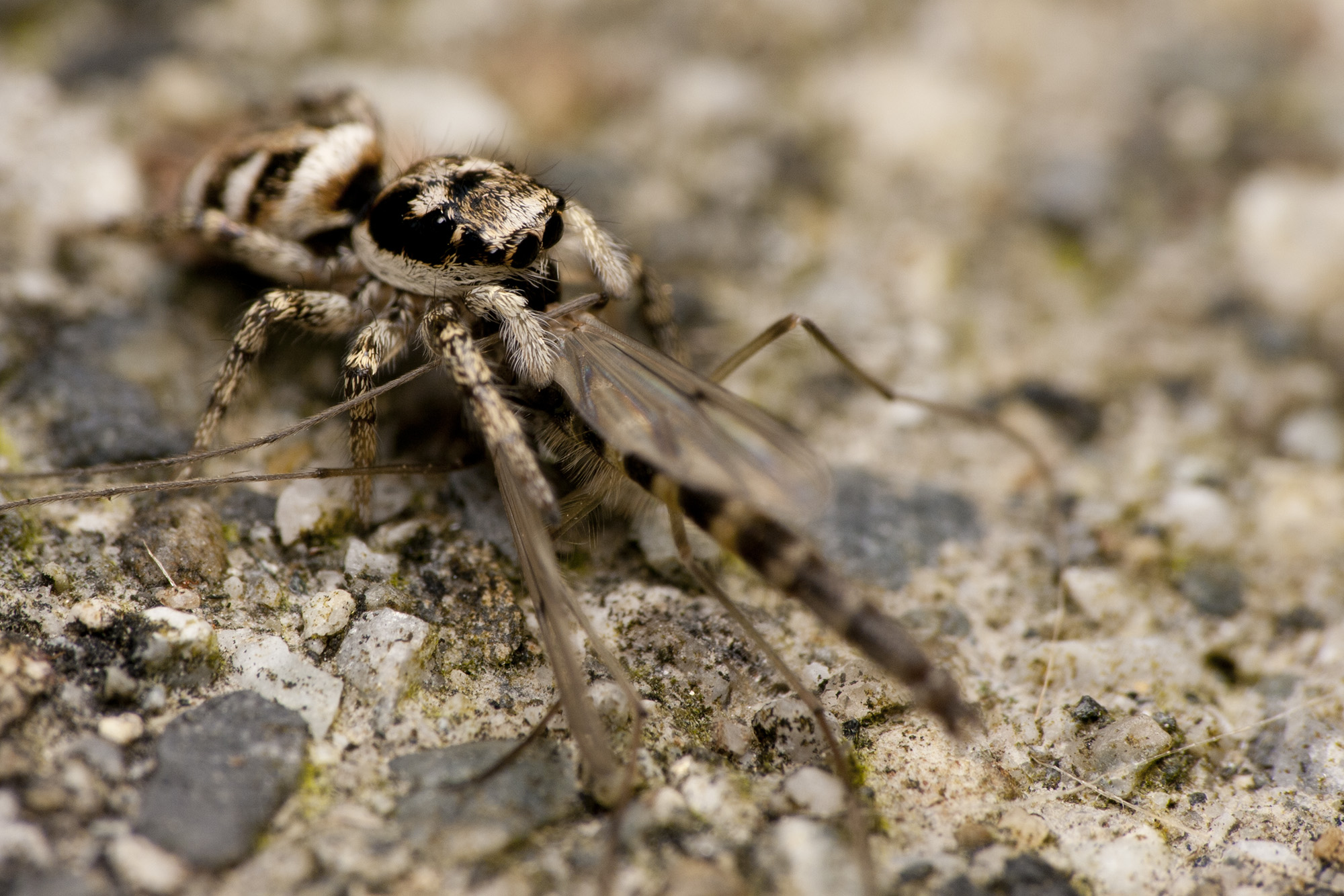 On Sunday, the spidrousness continued, with some Salticus scenicus observations close to home. Here is one with a sizable midge.

And here is one attacking a conspecific juvenile. On facebook and twitter, I tried to make like I thought this was a “mama carrying her baby to safety” but no one fell for it. 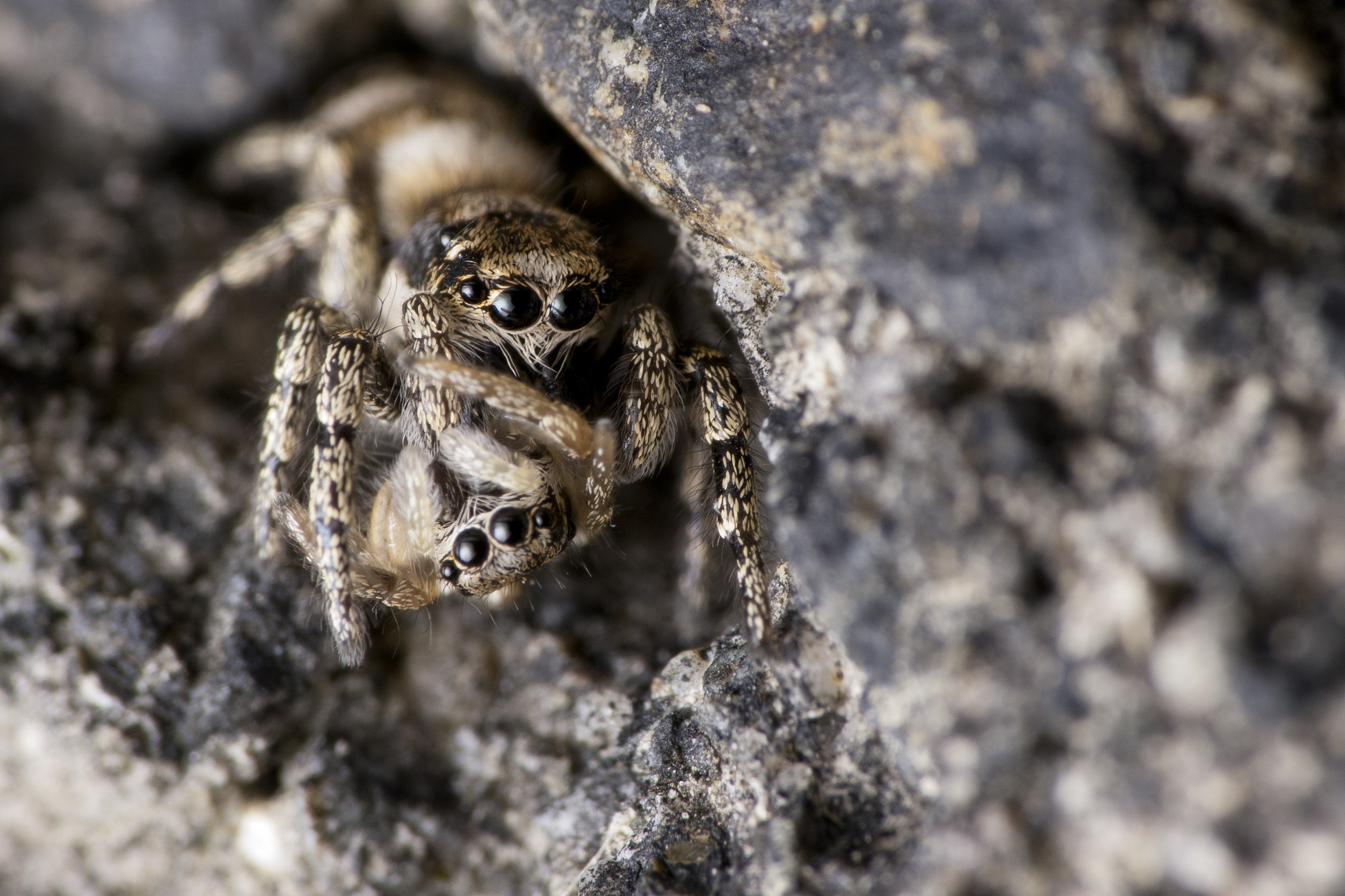 Nonetheless, there is something special about jumper on jumper predation. The two sets of eyes are sort of creepy.

So all in all, a really fun birthday outing, and definitely spidrous! Happy birthday Catherine!

One thought on “Weekend Expedition 63: A very spidrous birthday”