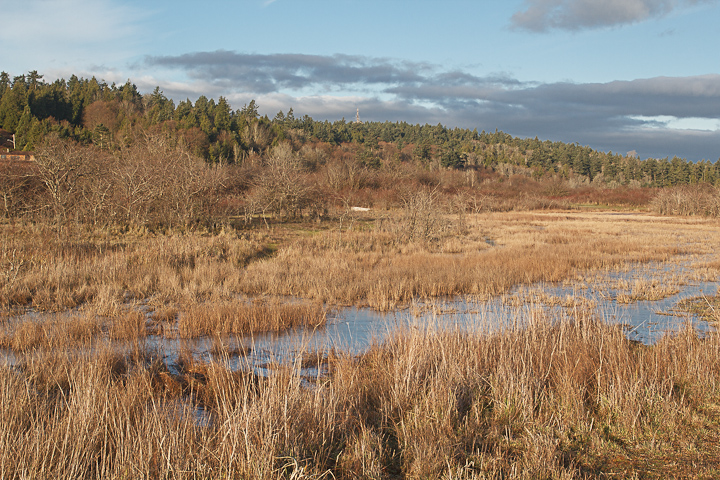 Catherine and I are back in BC for Christmas, hanging out with my mom in Victoria. The weather has largely been atrocious, so the photo opportunities have been scarce. However, the past couple days has seen a bit of clearing, so we headed up to Island View to see what we could see. 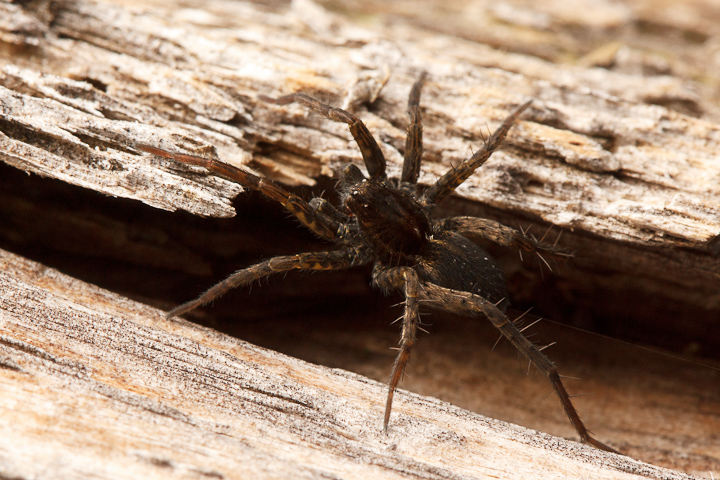 A small male Pardosa was the first wolf we saw, and was surprisingly active, despite the freezing temperatures. 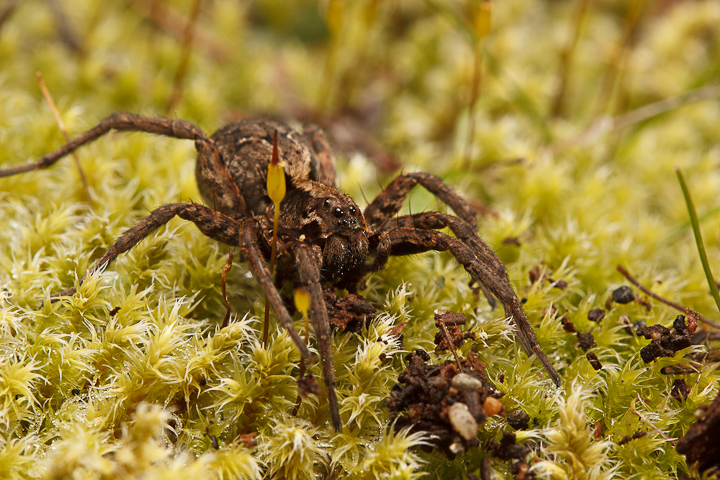 A larger female wolf was a bit less active, but still good to see. 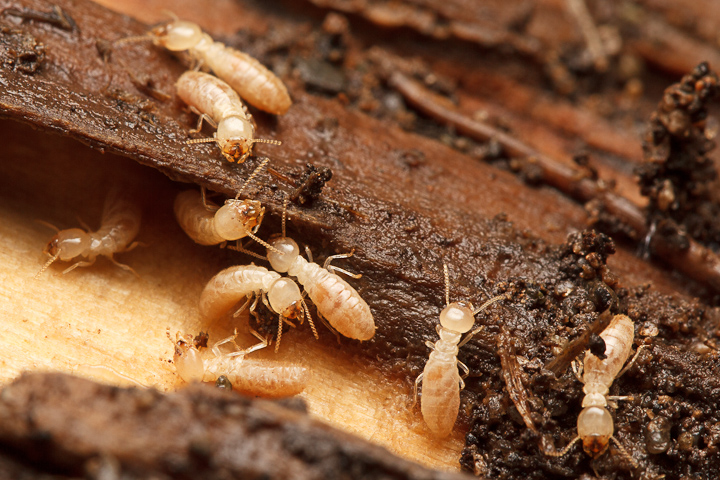 Though the weather is cold, prey are still around and active, and in fact the widows we saw still had small capture webs. Not sure if they ever snack on these termites, but it is possible. 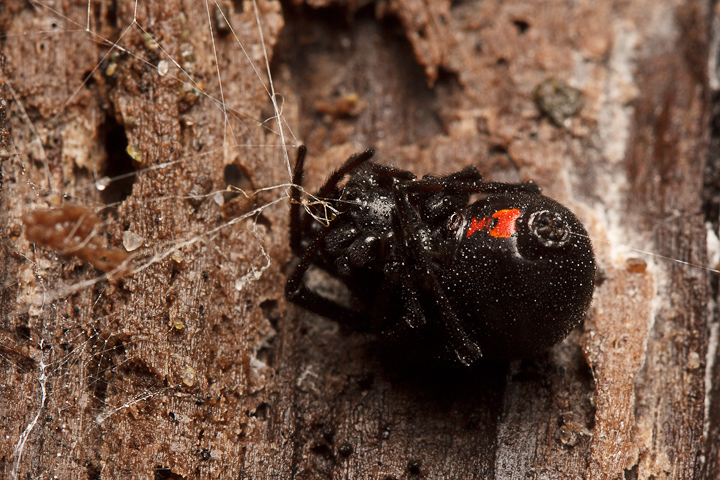 Many of the female widows were quiescent, though some could still move about. 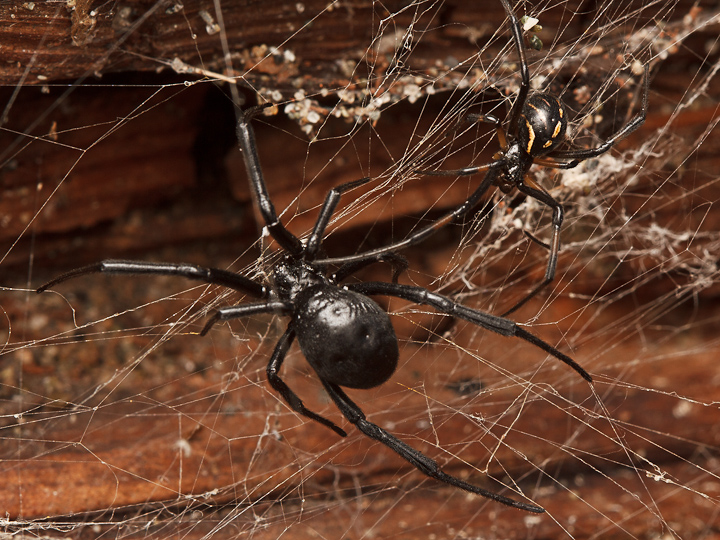 As usual, there were immature males hanging out on the periphery of the females’ webs. These “winter males” are bigger, bulkier, and more like females than the summer crop. 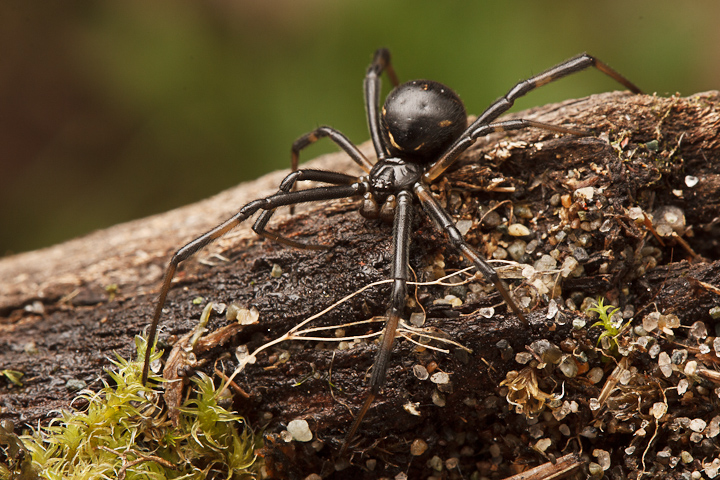 It is likely that these “winter males” undergo more molts to achieve their greater size, and perhaps the bulk is needed to survive the freezing temperatures without feeding much. They could be well placed to secure early matings in the spring. 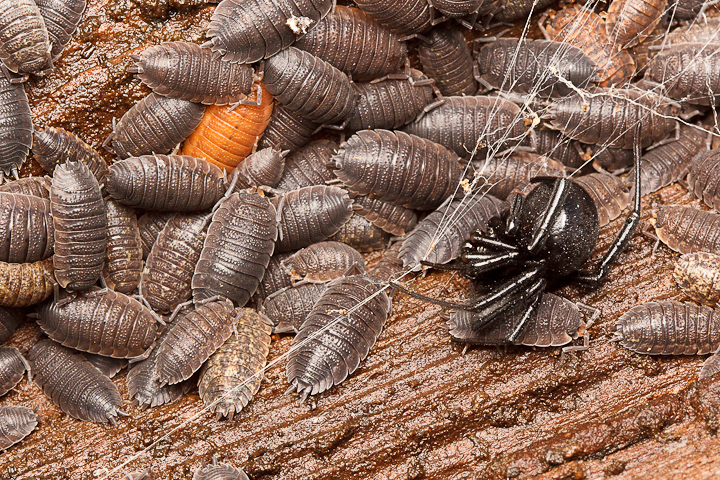 We traveled about the beach quite a bit, and believe now that the good widow habitat might be more extensive than we previously thought. It will require some careful mapping to determine though. 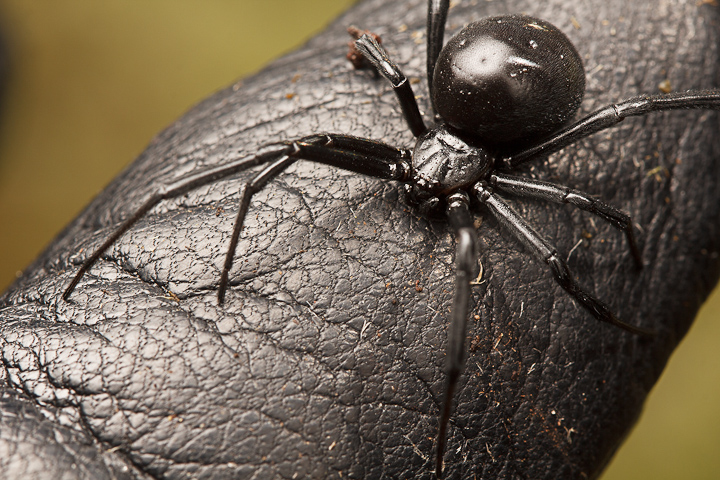 After returning from the beach, I went up to Mt. Tolmie and saw some more widows, including this large female, who was entirely black underneath. The habitat here is more patchy, but still supports decent widow populations. 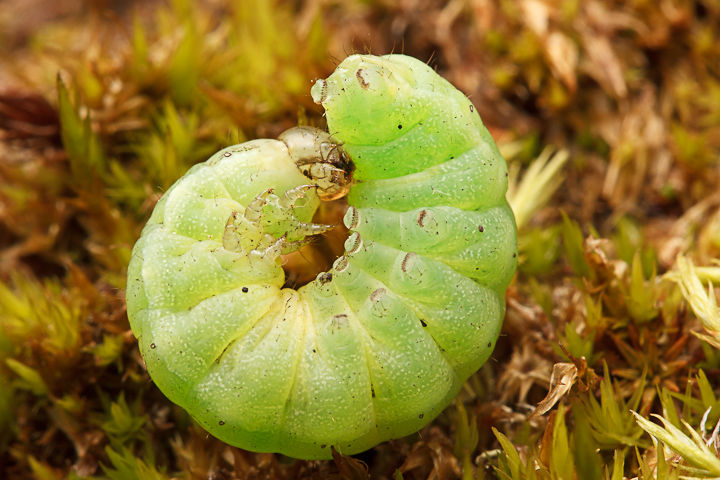 At both Island View and M. Tolmie, we found quite a few overwintering cutworms. 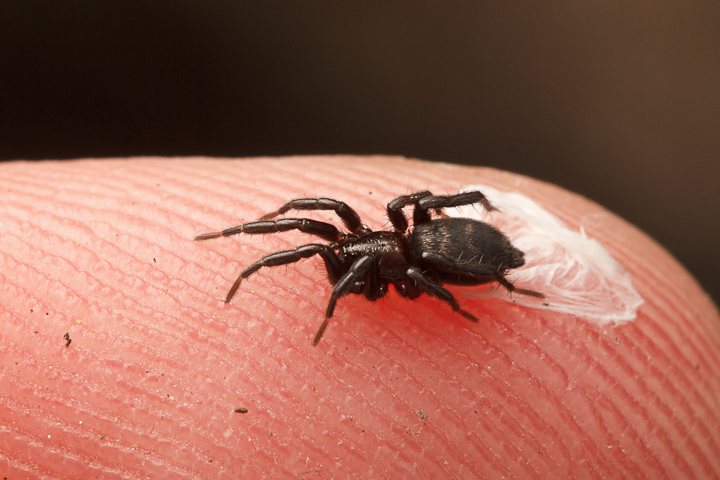 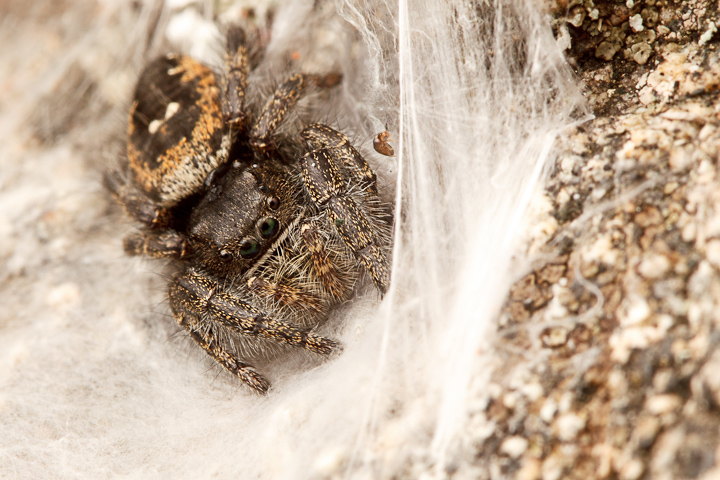 I ended the spidering by uncovering a sleeping Phidippus, under a small rock.