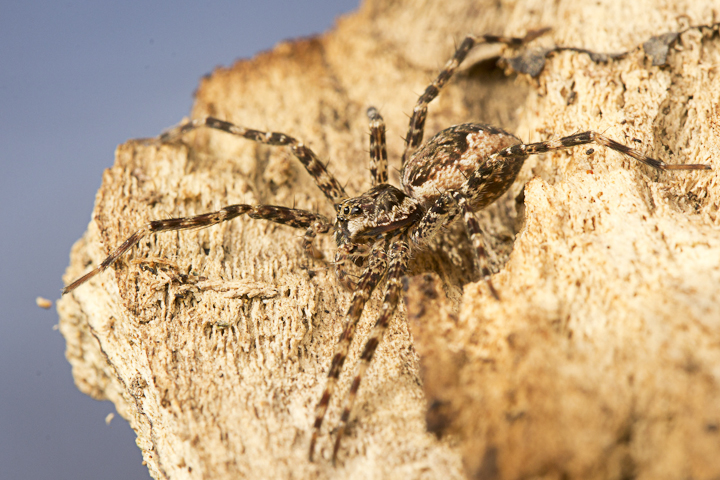 On Sunday, Catherine and I went out to Mississauga, where we met up with Gil Wizen, one of my favourite macrophotographers to go out for a early spring hike around the woods above the Credit River. It was such a treat to be out with a fellow invertebrate zoologist, not having to explain why exactly we should flip over a given log, or pull up a piece of loose bark…How very rarely do we get to go out in the woods with another person with the same agenda!

The forest was snowy, but warming, and we are anticipating a major thaw through the week….Very soon, the famed Ontario salamander fauna will be on the move to vernal pools for breeding. This weekend we did not find any salamanders, but we did find a great variety of cool arthropods, thanks in no small part to diligent searching by Gil. 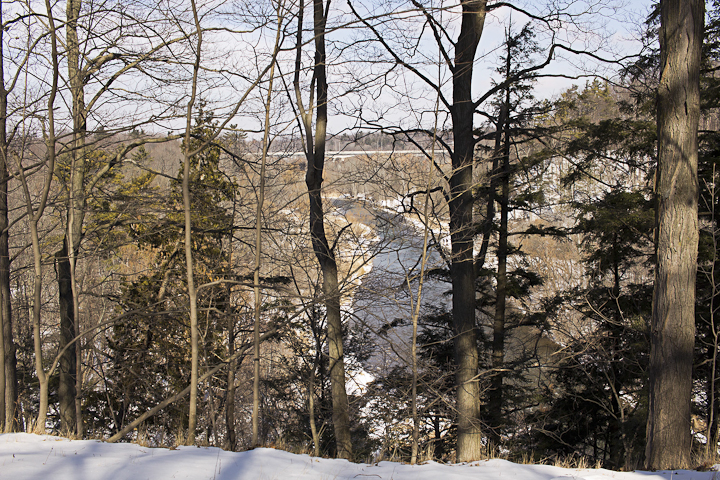 The wooded bluffs above the Credit River, near the Mississauga campus of U of T was where we wandered. The geology of this place looks pretty fascinating, with some thin layers of sandstone very near the surface, often pushed upward by tree roots. 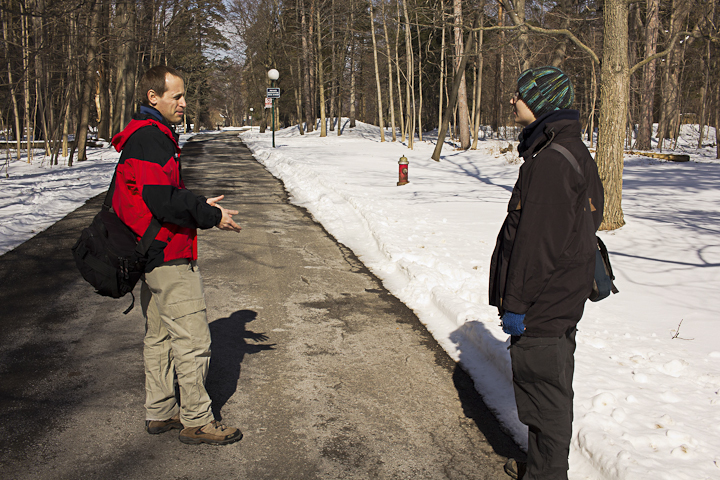 Catherine and Gil on the way to the forest. 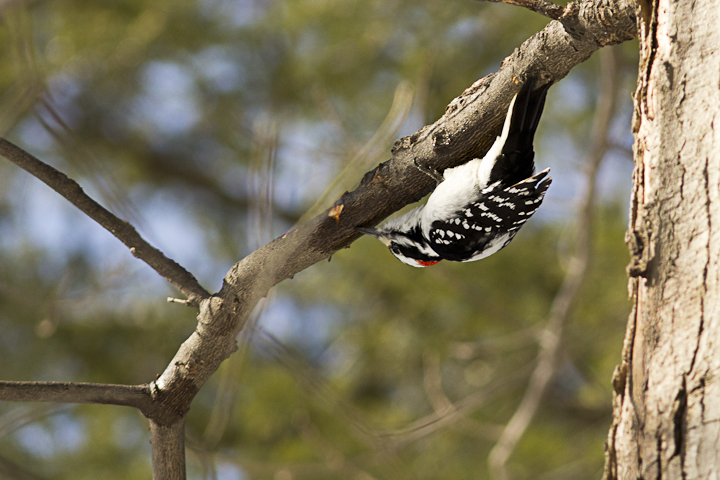 The mixed forest seemed to have abundant birdlife, and it would be good to come by earlier or later in the day to see if we could find some owls… 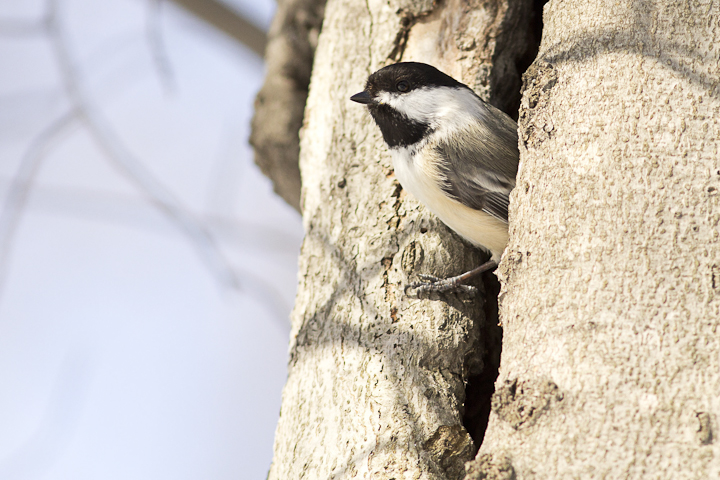 Many of the birds were doing what we were doing, probing under bark and looking in crevices for invertebrates. 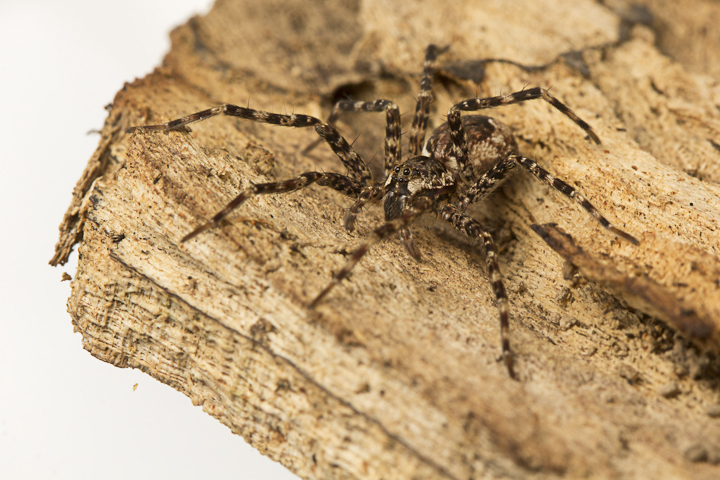 One of our very first finds was also one of the coolest: A Dolomedes tenebrosus, looking fat and happy under some loose bark. This is a species in the fishing spider/nursery web spider family (Pisauridae), and it is usually found near water. They are undoubtedly major beneficiaries of abundant aquatic insect hatches in certain seasons. 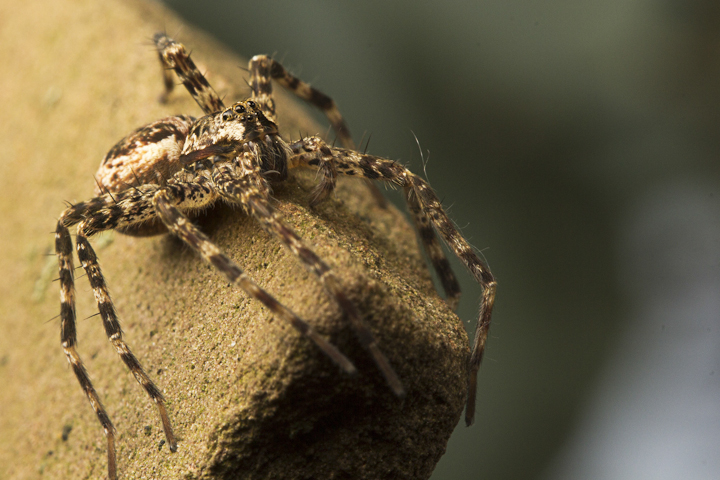 Here is the same spider resting on a block of the sandstone cap that we found thrust up near the tree roots. The large eyes of these pisaurids are evident, and hint at relationships with wolf spiders, also in the Lycosoidea clade. 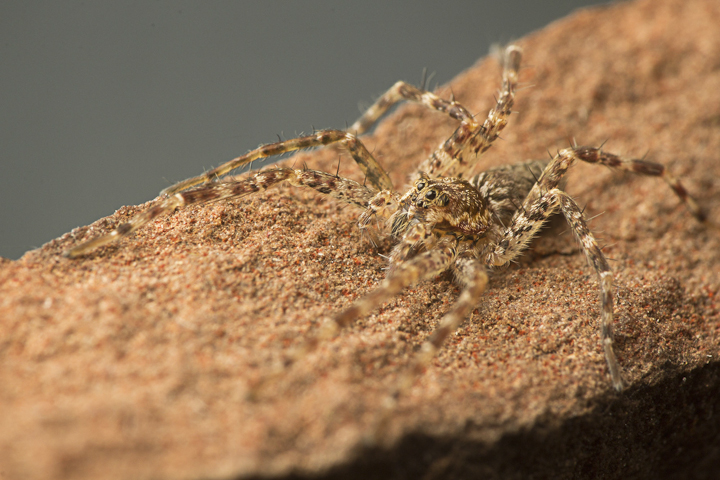 We found a much smaller Dolomedes tenebrosus nearby under some leaves. Interestingly, both of these spiders seemed not strongly affected by the cold, and were able to move about even though it was hovering near zero. 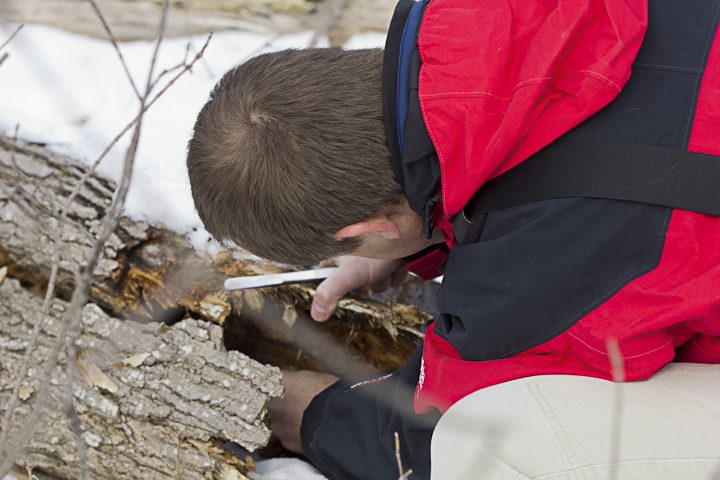 Gil examines a rotted and fallen trunk. I asked him whether he had done this sort of think since childhood, and it seems that like me he has always flipped logs and rocks looking for invertebrates. A born naturalist! 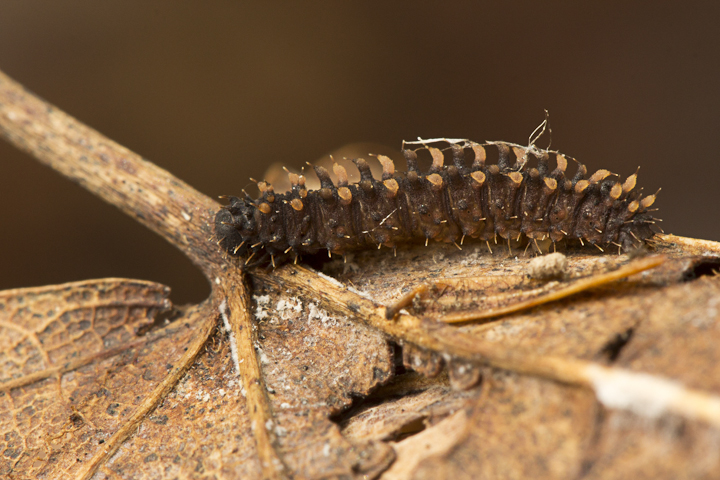 A caterpillar of Idia lubricalis (a hermiine erebid), also found under leaves. Thanks to Gil for the ID! 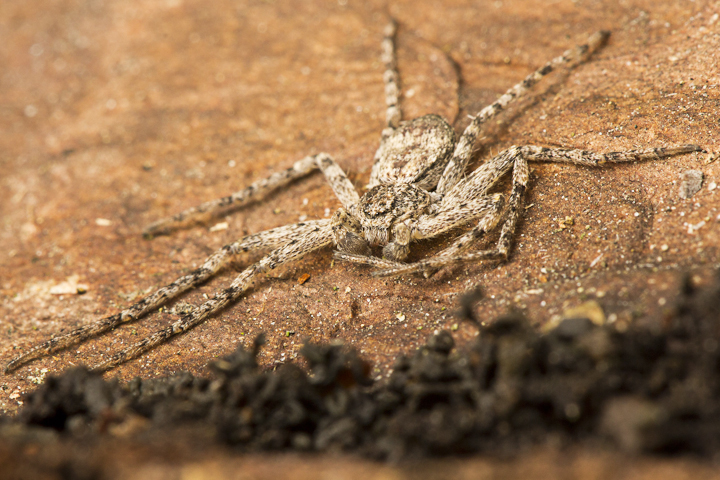 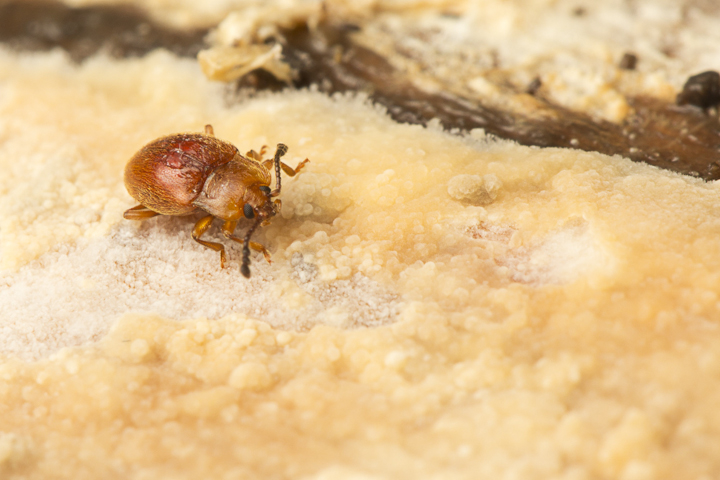 A small (Handsome Fungus, family Endomychidae) beetle found in fungus-rotted wood. This one has a very pleasingly-shaped pronotum and daintily-clubbed antennae. 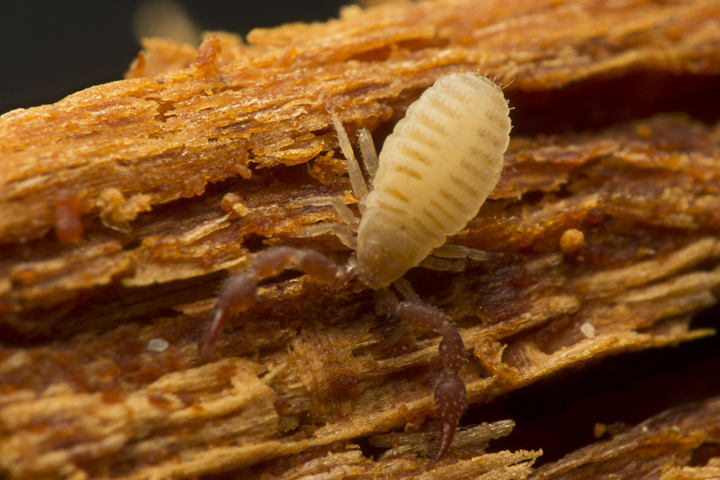 Gil also uncovered some tiny psuedoscorpions, which was a treat to see. 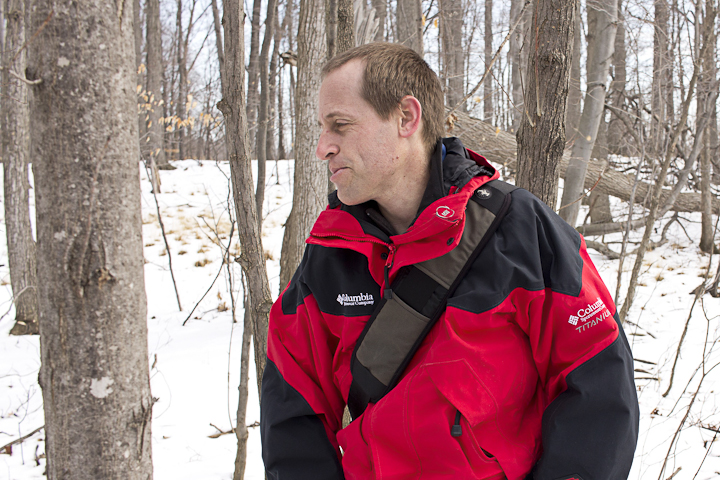 Many thanks to Gil, for leading us to a very productive patch of woods. We look forward to getting out again soon!